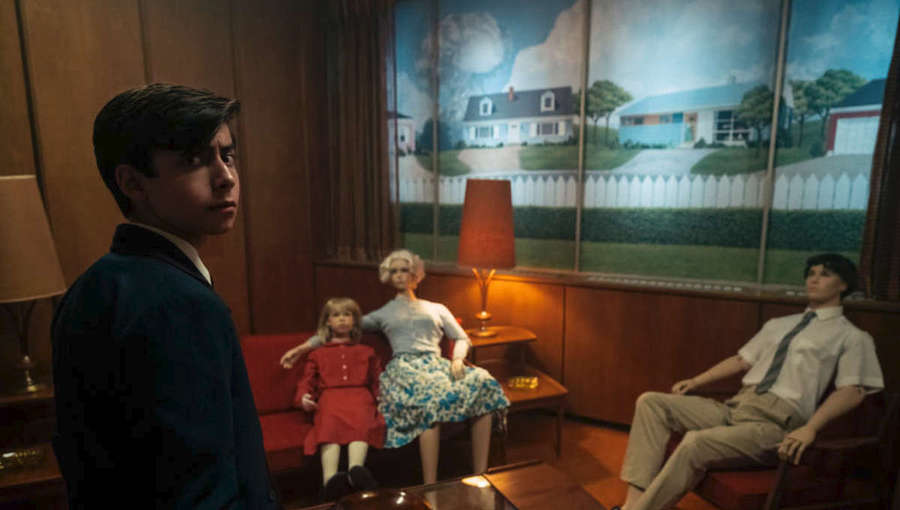 After setting the stage for the second season in its first episode, ‘The Umbrella Academy’ advances the plot considerably in its second one. It brings some familiar faces, catching up with all the characters that it had left behind in the finale of Season One. It also starts working on the backstories and the mysteries that it had previously only hinted at. Keeping the balance of humor and action, as it had been the previous season, the show relies on the excellent performances of its actors, who make their characters all the more lovable and worth following into the apocalypse.

Five’s efforts to convince Luther to join him in stopping the apocalypse fail miserably and he decides to focus his attention on the others. A fight in the club leads Luther to Carl, who then leads him to Vanya. Because the last time, the apocalypse had happened because of her, he figures that this time too Vanya must have something to do with it. So, he decides to finish the job that they were supposed to complete in 2019.

After running away from the asylum, Diego, along with his unlikely partner, Lila, goes back to stop Kennedy’s assassination. They are stopped by Five who threatens to have them sent back to asylum if they don’t drop their current plan and focus on his, the one that involves saving the world. Having stolen a truck, Klaus is arrested. He lands in the same police station where Allison’s husband, Raymond Chestnut, is held. This is also where we find out that Klaus is a revered figure, as in someone who is held in high regard by people who blindly follow him because he has brainwashed them with his charm and some talk of spiritual nature. In short, Klaus has started a cult!

Five remembers the cassette that Hazel had left in his pocket before they were attacked by the Commission. On playing it, he realizes that they are not alone in this timeline. Their father is there too.

In following Five’s journey across time, we discovered that an organization called the Commission is also an important part of the apocalypse and all the other events surrounding it. While its true origins were hidden from us, we mostly knew it in the form of a woman known as the Handler. At the end of the previous season, she had been shot in the head by Hazel. We thought her dead, but it turns out that she had a metal plate in her head that saved her life.

She comes back to work three months after the events of 2019 and finds that she has been demoted due to her failure at containing Five and all the mess surrounding him. She is back to doing the very job that she had once offered to Five, and this makes her all the angrier at him for messing up her life. She starts working on her plan to find him and make him pay for all of it.

Another interesting character to make a surprising return in the series is Reginald Hargreeves. It was his death that brought together his children and kick-started the 2019 apocalypse. Now, his turning up again, just in time for the 1963 apocalypse is no coincidence. His casual presence on the scene where Kennedy was shot also makes Diego all the more excited at stopping the assassination. He is convinced that their father had something to do with the President’s death. Why else would he be there?

Apart from the fact that Hargreeves is involved in the end of the world, his children are also driven to seek him out because they have some unresolved issues towards him, be it of hate or love. It is for these answers that Five and Diego arrive at his place, but what they don’t consider is that the man they are going to meet is not the man they knew. The altercation leads to Diego getting gravely injured, while Five receives scratches of his own. They also discover that their father’s company was just a front for something else that he must be involved in. As to what exactly that is, they are yet to find out.

In between all this, the show also focuses on creating links between the others who are yet to reunite. Klaus and Allison’s link is created through Raymond, who is in prison. Luther meets Vanya, who is clueless about herself and the things that happened because of her, which makes him decide against killing her. Will he come to regret it later?