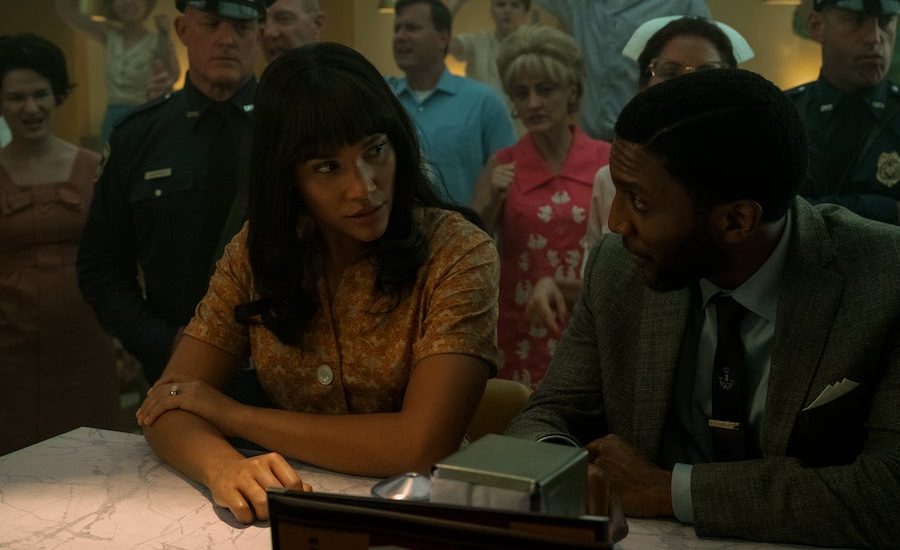 Things heat up for the characters in ‘The Umbrella Academy’ as the plot thickens with more mysteries and danger fall into the mix. Vanya finally gets a chance to come face to face with her past while Allison struggles with balancing it with her present. Klaus gets caught up in a futile attempt of changing the course of fate, while Five and Diego continue on their journey to find out who their father really was.

After being wounded by his father, Diego is saved by Lila, who happened to have followed him and Five. Meanwhile, Five continues with his search for the others and locates Vanya when she uses her powers. She had run away from the farm to look for Luther and find out exactly what had happened to her. On the way, however, she was intercepted by the Commission’s field agents who would have killed her had she not used her powers just in time.

Five updates her about the impending apocalypse, their complicated family, as well as the apocalypse that they had tried to escape in the first place. He holds back the fact that she had been at the centre of it the last time. Meanwhile, Luther locates Alison with the help of his employer. However, the answer that he finds out is not the one he likes very much.

After seeing one of his followers in prison, Alison tracks down Klaus and they catch up with each other. She tells him about Raymond and he decides to get him out of prison, with some help from Ben. Klaus introduces himself to Raymond as his brother-in-law, who is further confused by his wife’s past when Luther comes knocking at their door. He realises that Alison had been keeping secrets from him and she is perhaps not all that he thought she was.

Klaus had been the first one to land in the past, three years before anyone else. During that time, even if he had tried to find others, he wouldn’t have succeeded. It wouldn’t be until a year later that Alison would arrive in his timeline, and until then he’d have to find a way on his own. Surprisingly, and yet, not so surprisingly, he did so by forming his very own cult.

A stroke of luck threw him in the way of an elderly woman whom we’ll probably just know as Chanel. From there, with some help from Ben and armed with the knowledge of the future, he used his flamboyance and vibrant personality to earn a dedicated following for himself. But all of this was just a distraction from the real thing.

The last time Klaus had travelled back in time, he had found himself in the middle of the Vietnam War where he fell in love with Dave, who tragically met his death. Their love story was cut short there, but returning to the 60s has provided Klaus with the chance of getting to see him again, and perhaps, even save him. Leaving behind his affluence and popularity, he comes back to Dallas because that’s where Dave is, a young, innocent, unaware person, whose fate is sealed with the war.

Despite us not knowing much about Dave, it is Klaus’s love for him that connects us to him. And that’s what makes it so easy for us to root for him, but we can’t say the same for others. From the first episode, Lila proved herself to be in alliance with Diego, but there was something about her that we couldn’t quite place a finger on. Something is wrong with her, and Five would agree with us.

The main reason why we have our suspicions for her is because there has never been an unnecessary character in ‘The Umbrella Academy’. There is no side character who hasn’t directly affected the story, one way or another. So, to have Lila, a random person, become so closely connected to one of the main character doesn’t make sense. Our suspicions are confirmed at the end of the episode where a startling revelation makes us worry about the safety of the Academy.

While we deal with Lila’s revelation, Raymond Chestnut has to go through a surprise of his own. For all the time that he had known Allison, he never met her family. And now, on one day, the very day when they were supposed to go forward with their protest, two white men tell him that they are her brothers. Her secret-keeping and the way things just happen for her make him wonder if she is some kind of spy who has been sent to stop their movement. A big question mark has been placed on their relationship, which leads to another question: what will Allison do now?