TIFF Review: ‘The Upside’ is a Respectable Remake of ‘The Intouchables’ 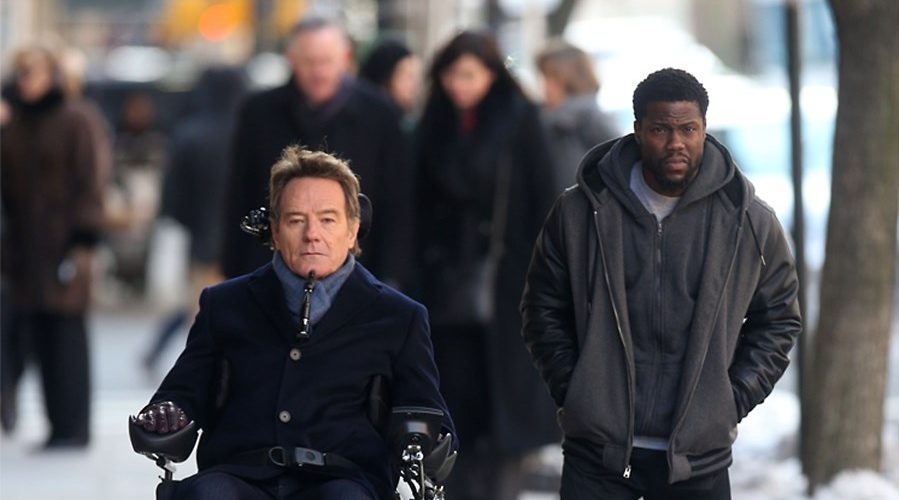 The happiest surprise of the festival because I had such low expectations going in. Why remake the hugely successful French film The Intouchables (2011) just a few short years after it was a hit in theatres?

Money. Someone at The Weinstein Company saw dollar signs and the potential for Academy Awards in an American version of the film. Is there any other explanation? That said, the film is outstanding.

This will be forever known as the breakthrough for Kevin Hart, who is a revelation as the unlikely caregiver to a wealthy quadriplegic portrayed by the ever resourceful Bryan Cranston. Hart is superb, giving a fine movie star performance in this consistently surprising film about two very different men finding the best of themselves through one another.

Dell (Hart) is a career criminal trying to find work when he is offered a job as caregiver to Phil (Cranston) an obscenely wealthy patron of the arts. They are as far apart in social standing as two people can be, yet they connect. Dell does not pity Phil, which Phil likes because most people treat him as a thing, invisible. Phil is blind to the fact his executive assistant Phyllis (Nicole Kidman) like vest him, but Sell does not miss a trick. They become more than boss and caregiver, they become friends, the kind that call each other out for their shortcomings. Nicely directed by Neil Burger, the film seems poised to be a hit.