When Will The Victorian House of Arts & Crafts Season 2 Premiere on Acorn? 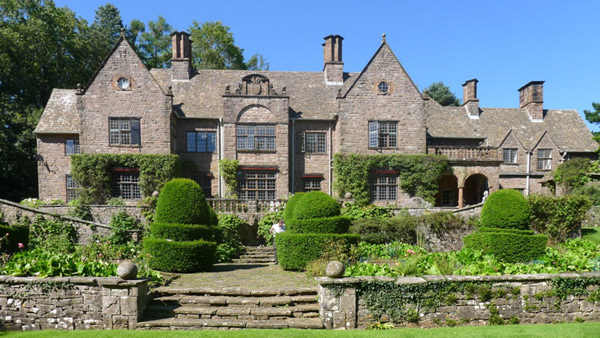 ‘The Victorian House of Arts & Crafts’ is a unique historical documentary that follows six 21st-century crafters, who move into a late 1800s Victorian Arts & Crafts commune, nestled in the Welsh hills. They are tasked with reviving four major spaces inside this old house as they work together in harmony while staying here for a span of one month.

However, there’s a challenge. The artists can use their ideas to transform the exquisite design and stunning art within the commune but they cannot use modern technology and need to do everything by hand. Created as a tribute to honor UK’s greatest art and design movements, this social experiment is designed to see whether contemporary craftspeople can survive in the Victorian era. It tries to prove if they can breathe new life to the works of William Morris, John Ruskin, and Gertrude Jekyll.

With season 1 having concluded in January 2020 and garnering good ratings, the next question is if there will be a ‘The Victorian House of Arts & Crafts’ season 2. Let’s get right to answering this question.

The Victorian House of Arts & Crafts Cast: Who’s in it?

Writer Anita Rani serves as the sole presenter of this show. She is joined by a team of celebrity artists which includes names such as globally recognized potter Keith Brymer Jones (judge) and arts and crafts expert, as well as dealer, Patch Rogers.

The six crafters who are part of the show are Rod Hughes, Bryony Knox, Abdollah Nafisi, Ilsa Parry, Niamh Wimperis, and Stephen Winstanley.

If the show is renewed for a second season, we expect Anita to resume her hosting duties. Some of the celeb artists might also make comebacks. However, the team of crafters will definitely have a complete reshuffling with a set of new names.

What is The Victorian House of Arts & Crafts about?

The landmark history series takes us back to the 1800s, by introducing a lavish Victorian arts and crafts commune, located in the Welsh hills. The show attempts to relive the century gone by and follows a team of six modern-day crafters as they move in to renovate key four rooms in the vintage house. While they work together, they must also navigate the highs and lows of staying as a creative crew for one month inside the commune.

The series begins by introducing us to presenter Anita Rani, who is joined by famed potter Keith Brymer Jones and arts and crafts expert and dealer Patch Rogers. The six crafters are given the complicated task of renovating the Victorian parlor. They can use antique tools and methods to make objects from back in the time, which include a Sussex chair, CR Ashbee bowl, and William Morris-inspired wallpaper. They are given a span of one week to finish off this challenge.

The next week sees the crafters taking inspiration from nature to renovate a master bedroom so that it reflects its ancient Victorian charm. They also partake in swimming and engage in a Victorian-themed picnic. With the help of their hands and robust tools, they begin restoring a double bed, a bedspread, a bedside clock, and plaster wall decoration.

As the weeks pass, the artists begin to face tensions and stress because of creative differences. However, they manage to reach week three, when they have to overhaul a huge dining room. They start by creating a set of decorative, glazed Tondino plates, curtains, and ornamental fire dogs. For a bit of relaxation, they participate in a performance on their beloved nursery rhymes and partake in some Victorian exercises.

Finally, in week four, the crafters face the ultimate challenge. They need to create a huge metallic weather vane and an intricate and decorative mirror. They even need to write, publish and print their own magazine while making an elaborate pergola to don the front-side of the house.

In this grueling social experiment, the craftsmen understand if they can work together in harmony and relive the arts and crafts philosophies of John Ruskin and William Morris. They also realize if a one-month stay within the bounds of an 1890’s commune can help them in realizing the importance of the arts and crafts movement, which is vital toward both artistic and social change. So, can they finish their tasks on time? And can they finally get to know what it meant to be a crafter in the Victorian era? Watch the series to find out.

The Victorian House of Arts & Crafts Season 2 Release Date: When will it premiere?

From the start, the show had been branded as a miniseries. So, the chances of a revival seem slim. However, if fans demand to delve more into the nostalgia of the grand Victorian era, the BBC might think of its renewal. And if they do, ‘The Victorian House of Arts & Crafts’ season 2 might most likely premiere sometime in December 2020 on Acorn.

You can watch a preview clip from ‘The Victorian House of Arts & Crafts’ season 1 below.

The Victorian House of Arts and Crafts

Ahead of the final episode of The Victorian House of Arts and Crafts on BBC Two tomorrow, we asked each of the crafters to describe their time living in the Victorian arts and crafts commune in three words…