The Voice’s CammWess: All You Need to Know 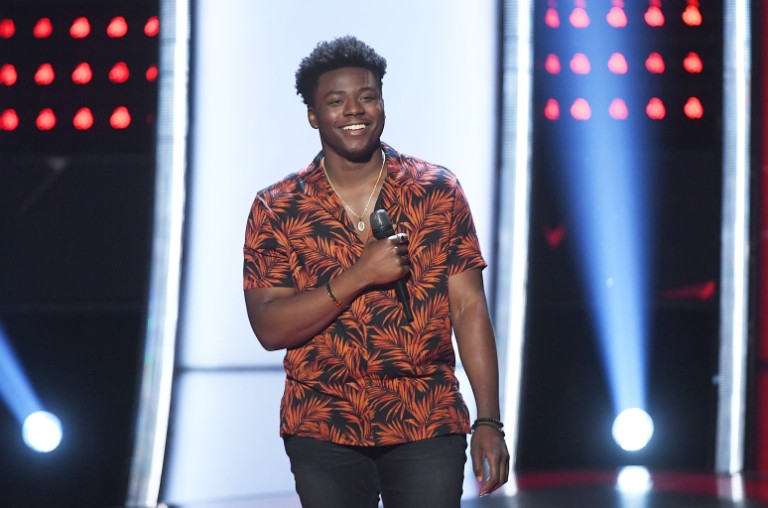 ‘The Voice‘ Season 18 has been a grand success for NBC as we’ve seen a talented bunch of performers. Even later in the competition, when the live stage performances have been traded in for intimate presentations from home, the singers have left us amazed with their song arrangements and vocal prowess. CammWess has always been a strong contender throughout and joined Team Legend because he wishes to play the piano and sing like his mentor.

CammWess hails from South Carolina. He was born in Hopkins but currently lives in Blythewood. The singer attends Winthrop University at Rock Hill, South Carolina. He is studying Choral Music Education in hopes of inspiring others the way his chorus teachers impacted him. You can check out a post he’s made from Blythewood, thanking fans for being with him on his journey.

Thank y’all so much for riding with me on the crazy experience 🙏🏾🙏🏾 the journey continues this Monday and Tuesday so I will still need your votes!! We have an actual shot at making it to the finale✊🏾

CammWess was born in 1999, which would make him 21 years old as of 2020. He started singing along with the artists he heard on the radio from the age of five. He tried to mimic each singer he heard, but since he didn’t come from a musical family, CammWess only took his singing career seriously much later.

His first love was basketball, but a high school injury dashed his NBA hopes. This was when CammWess traded his basketball dreams to pursue a career in music. From mimicking artists on the radio to hearing himself on air, CammWess has come a long way.

AHHHHH IM ON THE RADIO!!! Thank you @kailynwebb for sending me this and thank you to @thebeatcolumbia for this amazing moment🙏🏾🙏🏾🙏🏾

What is CammWess’ Real Name?

Obviously, CammWess is not the singer’s real name. He’s Cam Wesley Jr., as his Instagram profile indicates. However, he uses CammWess as a stage name and has built most of his career on that basis.

What is CammWess’ Relationship Status?

CammWess is extremely quiet about his private life. We do know that he’s not married. However, it remains unverifiable if he has a partner or whether he’s in a relationship. Since he doesn’t post such updates on social media, we should respect his privacy. Perhaps CammWess doesn’t want his private life to mingle with his professional career.

Who is in CammWess’ Family?

CammWess’s parents are not artistically inclined per se. Reports suggest that his father is an army officer, and his mother is a nurse. However, there is no denying that both his parents are very supportive of his career. CammWess seems to be indebted to his mother, crediting her for making him the man he’s today. Check out his Mother’s Day post.

The woman behind the man I am today🙏🏾 Happy Mothers Day Mom!!😘 #mothersday #twin

What many don’t know is that CammWess has a brother Tyler J. Wesley. He’s currently at the South Carolina Governor School of Arts and Humanities. From the pictures below, one gets the sense that CammWess is proud of the work his younger brother puts in for all things.

Well, he’s all moved in folks😓 The great @tylerjwesley_5 is taking his talents to the South Carolina Governor School of Arts and Humanities! I could not be more proud of him, this young man works harder and dreams bigger than anyone I have ever met✊🏾 I am so very proud of you and please remember that this is only the beginning 💯 Love you bro 💚

In conclusion, CammWess’s entire family has been by his side throughout his career. They’ve turned up for his shows even before he took the stage in ‘The Voice.’ You can check out a family photo after a performance.

Perhaps it is his family’s support that has helped CammWess overcome his initial shyness of the stage, and the young singer is poised to go places in his musical career.

Read More: Todd Tilghman on The Voice: All You Need to Know