When Will The Voice Season 18 Premiere on NBC? 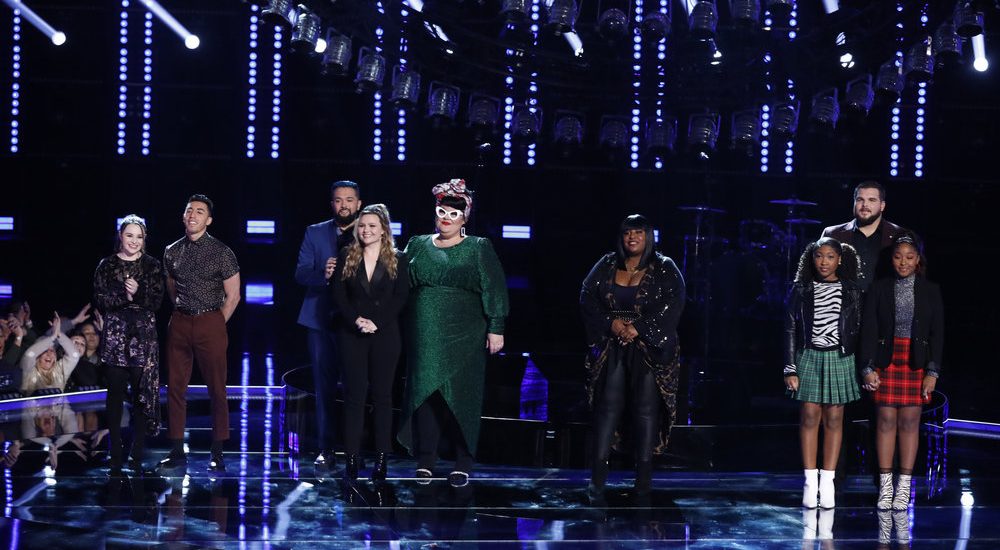 America’s incredibly popular reality singing competition, ‘The Voice’, is a part of the equally famous franchise with the same name. Based on ‘The Voice of Holland’, it is conceptualized to discover unsigned singing talent, which can be in the form of solo, duet, professional, and amateur performers.

Designed exclusively to showcase aspiring singers (above 13 years), over, the series has spawned 17 remarkably successful seasons to date. Now the next question that automatically arises is, will there be a ‘The Voice’ season 18? Well, read on to know.

Each season of ‘The Voice’ features a team of four coaches, who guide and critique the contestants through their performances. Throughout the seasons, the panel of coaches has showcased multiple changes. For instance, in season 17, John Legend, Kelly Clarkson, and Blake Shelton featured as returning coaches, whereas Gwen Stefani made a comeback after appearing in the 12th season and replaced Adam Levine. Shelton is the only constant panelist since the show’s inaugural season.

Season 18 will see all the coaches from season 17 reprising their roles apart from Gwen Stefani, who will be replaced by Nick Jonas. Stefani won’t be able to join the show because she is taking some time off to revamp her residency in Las Vegas. Meanwhile Nick is pretty excited to be making his debut on the reality singing competition and he expressed his enthusiasm on ‘The Ellen DeGeneres Show’ in October 2019 by saying, “In addition to the competitive spirit, which will be natural, because I’m very competitive, I think I’m actually looking forward to really trying to help any artist that comes on the show and wants to grow.”

Of course, Carson Daly, who has been hosting the contest since its original premiere, will return as the host also in the 18th season.

What’s The Voice About?

Each season of ‘The Voice’ features a group of contestants selected through auditions. They are then divided into four teams under each coach, who mentors them throughout the episodes. After weekly rounds and eliminations through public voting, the last four participants make it to the finals, with the finale culminating in one winner and one winning coach.

In season 17, out of 20 contestants, the final four proceeded to a two-day finale, with each finalist performing a solo cover song, a holiday-themed duet with their coach, and an original song. Ultimately, Jake Hoot was crowned as the winner, making this Kelly Clarkson’s third win as a coach.

Season 18 will follow a similar format, which a couple of shuffles planned for its various stages such as Knockout Rounds, Battle Rounds, and Live Shows.

Coaches Blake Shelton, Kelly Clarkson, and John Legend are all set to work together with their new member, Nick Jonas. Shelton’s welcoming statement does seem like the ‘Sucker’ star is in for some tough time on set. This is what Shelton said: “I’m not sure that you’re even old enough to be a coach on The Voice, but I’m certain that you’re going to get your butt kicked, buddy.” Legend was more encouraging since it seems his only mission is to go a step ahead of Blake. He said, “I just have to tell you one thing — our mission is to destroy Blake Shelton. We have to form an alliance — me, you, Kelly. We team up, we beat Blake, nothing else matters, OK?”

Yes, season 18 already appears to be promising enough to take fans on a wild ride. We can only wait to tune in to NBC when it debuts on the channel.

The Voice Season 18 Release Date: When will it premiere?

While fans were left reeling after a remarkable two-hour finale, packed with spectacular performances, there was also this disappointment that their favorite series finally came to its end. But here is the thing. We won’t have to wait long! NBC had already announced in October 2019 that the show would go on to its 18th season!

NBC confirmed the news through a press release, which said: “The Voice lands on the schedule once a week in mid-season, making way for hit show Ellen’s Game of Games to keep its prime spot on the schedule for a few extra months before The Voice moves back to twice weekly for the always-anticipated live shows over the cycle’s final three weeks in May.”

There’s also a release date. ‘The Voice’ season 18 is slated to release on February 24, 2020, on NBC at 8 PM ET. But if you have read the press release, there will be a considerable change in the airing schedule. From February 25 until May 11, the show will air only once every week. Additionally, the live shows will span three weeks, which brings it down to half of the live weeks’ timeline, which had been the format for the past several seasons. Although this might seem to be a bit of a let-down for fans who really look forward to the live performances, still, we cannot deny that we are extremely happy to have our favorite dose of entertainment sooner than we expected!

NBC has not released the official trailer for season 18 yet. We will add it to this section as soon as it is available on their platform. Meanwhile, you can watch the season 17 trailer below: