The Voice’s Micah Iverson: All You Need to Know 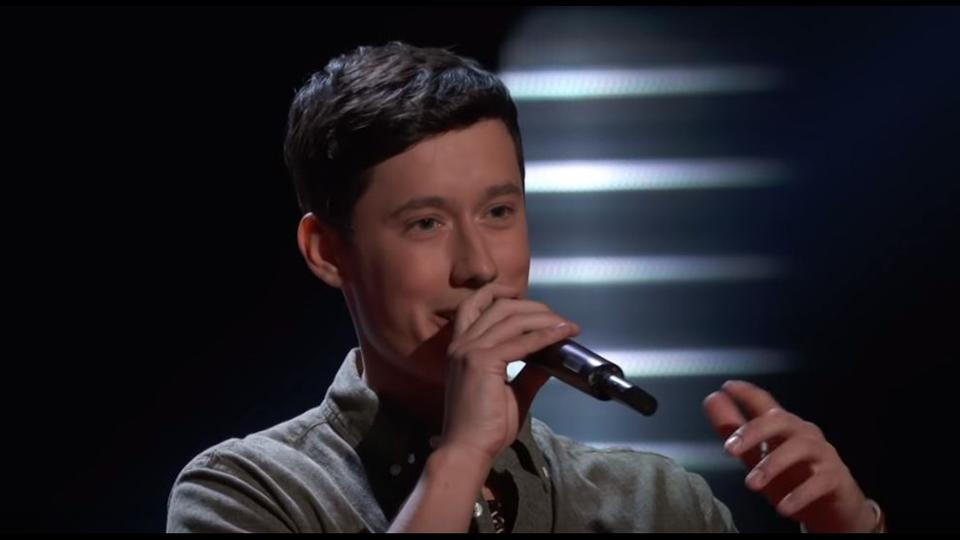 NBC’s ‘The Voice‘ has astounded us in Season 18 with the host of talent. The singers have had amazing voices and emotional stories, and it has been quite challenging to know who to root for in the contest. Micah Iverson stands out even amidst shining contemporaries, and currently, he has a good shot at the grand prize. When Iverson was starting, his best friend Israel Vaughan convinced him to appear for the auditions.

Although Iverson didn’t hold out much hope, by the time he belted out Kodaline’s “All I Want,” he’d received a three chair turn. John Legend was the only holdout and later regretted his decision telling Iverson that he deserved a complete four-chair turn. Nonetheless, Iverson chose to join Kelly’s team because she’s one of his musical influences, and Kelly herself rose to fame after winning ‘American Idol.’ Thus, Micah is sure she can guide him on how to build a career in music after ‘The Voice.’ Curious to know more about him? We have all the details here.

Where is Micah Iverson From?

Micah is originally from Tokyo, Japan. However, he moved to Atlanta, Georgia, along with his family. It appears that Atlanta is his current place of residence as well. Before his run on the NBC show, he worked at Monday Night Brewing, as a bartender, in Atlanta. Check out some pictures he’s shared thanking the people who make Atlanta feel like home.

These are the people who’ve made this place home. Can’t wait to see what 2020 has in store #atlannuh #thisisnotaseance @atlantaisfordreamers

How Old is Micah Iverson?

We know that Micah was born in 1995, which would make him 25 years old as of 2020. Unfortunately, we don’t know for sure when he celebrates his birthday. Micah’s graduated from the University of Virginia, where he was part of the Virginia Gentlemen, a popular a capella group. Micah stated that they might have initially let him in because his older brother was the president of the group at one point. However, at that time, he showed passion but needed to work on his skill.

Of course, Micah went on to become the president of the group at one point, himself, and famously took the group to Antarctica as well, making the record of traveling to all seven continents in the group’s 63 years of existence. You can check out a picture of Micah with the group below.

Is Micah Iverson Single or in a Relationship?

Once again, not much is known about Micah’s relationship status. He appears to be unmarried, but we can’t be sure if he has a partner or is in a relationship with anyone. Perhaps he’s keeping things on the down-low, ensuring his personal life doesn’t clash with his professional endeavors, and we should respect his privacy. There have been some speculations that Micah might be gay, but we’ve not found anything verifiable, and even if he is, it doesn’t have any bearing on his talents as a singer.

That said, during his auditions, only his family was there to cheer him on, which could mean that he’s not seeing anyone significantly important at this time. Check out the post where he thanks his family for his support, saying they are the real ‘Team Iverson.’

The best team that I didn’t have to pick #TeamIverson

Micah was born to missionary parents who taught him English, even though he was born in Tokyo. Iverson has eight siblings. He seems to be close to all of them but most frequently posts pictures with his sister, Hannah. Check out a sweet post he made on her birthday.

This is my sister. She is strong and meek, feisty and peaceful, proud and humble. She was my mortal enemy for the first half of my life, and has been my best friend for the other half. She brings beauty to everything she touches—you can see it in the people around her and the spaces she creates. I love you, Hannah. This world is a little brighter with you in it. Happy birthday. I love juice.

Notably, four other siblings also studied at the UVA, and his brother Joel was the former president of the same a capella group that Micah joined. Check out a heartfelt post from Micah thanking his siblings for turning up to support him for the finale.

Right before my performance, my siblings surprised me. They had driven far and wide to be here for my finale performance and I was so scared that NBC wouldn’t clear them. Turns out @joeliverson had gone around me and cleared it ahead of time. Can’t say how special it was to have them literally surrounding me in the midst of it all. These Live Shows have been incredibly draining for me as an extrovert and as a performer. You might have noticed how tired I have been in the past two performances. I do best in front of an audience, and what better audience to have than my biggest fans. So grateful you all surprised me and so blessed to call you family.

Adam’s love for his parents is evident in his mother’s day post, which you can see below. He also idolizes his father and wishes he turns out to be a man like him. Check out the post.

I would be content to turn out half as good as this man. Never have I admired someone's character so much. #fatherandson

Ultimately, Micah seems to be close to his family and friends, and their support should help in ‘The Voice’ and beyond, as he establishes his music career.

Read More: Everything We Know About Thunderstorm Artis