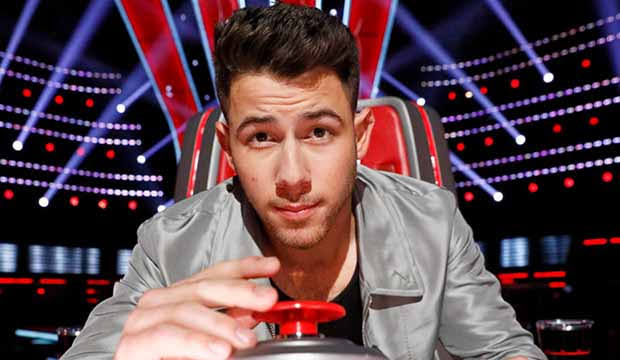 Season 18 of ‘The Voice‘ has seen some beautiful contenders. The vocal talents have been astounding, and we have had the pleasure of witnessing moving, emotional performances on stage. Naturally, there have been quite a few steals and saves in the previous stages.

Finally, we are in the four-way knockouts, before we head to the live shows in the next stage of the competition. Curious to find out what happens in the latest episode? We have the rundown, as well as information about when and where to watch the upcoming episode.

The Voice Season 18 Episode 11 Release Date: When Will It Premiere?

‘The Voice’ Season 18 Episode 11 releases on Monday, April 27, 2020, at 8/7c. The upcoming episode is titled “Road to Live Shows.” It is a special episode that looks at some of the best moments of Season 18. We are also given an insight into the journeys of the performers. It ranges from the Blind Auditions to the upcoming Live Playoffs.

Where to Watch The Voice Season 18 Episode 11 Online?

James Taylor is back as the mega mentor in the episode, with Kelly and Nick having ‘steals’ available. First off, Team Legend opens with two substantial performers. Thunderstorm Artis and Mandi Castillo face-off. Legend’s choice is smart since he cannot go wrong with either one. Moreover, whoever Legend does not pick, is bound to get stolen.

Mandi edges past Thunderstorm, but the latter is not leaving the competition anytime soon. He joins Team Nick. Arei Moon and Jon Mullins, from Nick’s team, take the stage.

Although Jon has a powerful voice, Arei is an absolute star on the stage. She wins the face-off, with no steals being applied for Jon. Team Kelly witnesses Tayler Green and Micah Iverson go toe to toe. Both participants try to mix things up and manage to deliver excellent performances. Although Green is slightly better than Micah, Kelly surprises everyone by sticking to the latter.

It remains to be seen if the move works during the playoffs. For now, there are no steals for Tayler. Allegra Miles and Jacob Miller, from Team Nick, take the stage. They are evenly matched, but Allegra wins. There are no steals. Cedrice and Toneisha Harris from Team Blake, compete, with the latter winning.

Team Kelly gains a new singer as the mentor is quick to use her option to get Cedrice. Finally, we have the four-way face-off. Todd Michael Hall, from Team Blake, Nelson Cade III from Legend’s team, Michael Williams, from Nick’s, and Samantha Howell from Team Kelly go into an epic showdown.

Once the live playoffs begin, we will know which performers move ahead in the season. Since next week’s episode takes a step back from the competition, we expect to learn more about the participants.