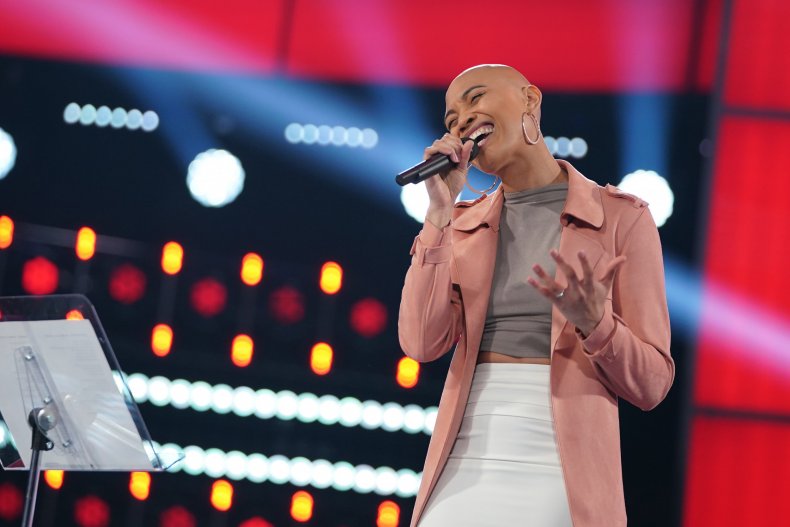 ‘The Voice‘ Season 18 will air its finale next week, and we witness the Top 9 performances in the latest episode. Accordingly, the stakes are high, and the competitors give it their best. Not everyone can make it through, and we know that after Fan Week, five artists (one from each team) and a wildcard will progress in the competition.

Where to Watch The Voice Season 18 Episode 15 Online?

‘The Voice’ Season 18 Episode 15 is slated to release on Tuesday, May 12, 2020, at 8/7c. The upcoming episode follows closely on the heels of the Top 9 performances and will see the results come in after America casts its vote. Accordingly, it is titled “Live Semi-Final Top 9 Results.”

Where to Watch The Voice Season 18 Episode 15 Online?

Team Blake kicks off the Top 9 performances, with Joanna Serenko belting out “Lean on Me.” Each artist has to dedicate a song to their biggest fan, and Joanna dedicates it to her older half-sister. Despite the great vocals, her performance lacks energy, and her voice doesn’t have quite the same texture. It increases the possibility of Joanna not making it to the next round.

Micah Iverson is up next from Team Kelly, singing “I Will Follow You Into the Dark.” He dedicates the song to Kelly, which is unsurprising since Kelly saved him in the Knockout Round. Nick tells Micah that his talent makes him fit for an award show, which is high praise and means that Micah will likely be in the Top 5. Team Blake sees Todd Tilghman perform “Love, Me,” and understandably, he dedicates the song to his kids. The performer imbues the song with emotion, and since he’s surrounded by his children at home while singing, we go along with his storytelling voice.

Zan Fiskum performs a pop number, “Never Be The Same.” The Team Legend singer switches effortlessly between her head voice and her chest voice, prompting her mentor to hail the performance as a masterclass. Thunderstorm Artis represents Team Nick with a rendition of “Home.” The newlywed dedicates the song to his wife, and stripped down to his guitar and himself; Thunderstorm makes the song’s arrangement his own. Nick seems to think he has a clear shot to the finale, and we have to see if America feels the same way.

Megan Danielle from Team Kelly performs, “What Hurts the Most.” Her bluesy performance wins Kelly’s admiration, but will it be enough to see her through to the next round? Allegra Miles from Team Nick belts out “Overjoyed.” The performance only picks up in the second half, leaving Allegra in a precarious position when it comes to the Top 5. Toneisha Harris from Team Blake dedicates “Because You Loved Me” to her husband of 24 years. When she hits the high notes, she executes them so well that Kelly offers her the chance to open perform the song at her show in Vegas in 2021. There’s little doubt that Harris will make it to the Top 5.

Cammwess is the final performer from Team Legend, belting out “Rainbow.” It is an emotional performance, and it remains to be seen if America finds it enough to send him to the next round. Stay tuned as we will also bring you the updates of who’s made it to the Top 5.