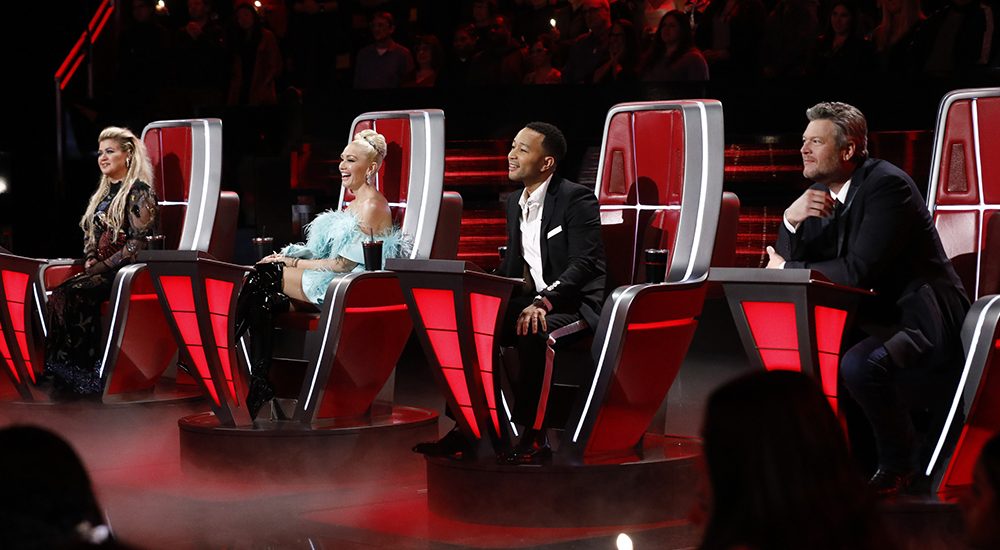 In these dismal times, people are relying heavily on music and entertainment now more than ever. And what better way is there than to squeeze these two together in a brand new season of ‘The Voice’? With most shows either getting pushed – or worse, shelved – it is comforting to know that we can at least fall back on ‘The Voice’ to lift our spirits. After the show’s virtual Season 18 finale, the show is more prepared than ever to adapt to the current circumstances in the light of the coronavirus pandemic. What can the audience expect going into the new season? Here’s everything we know about ‘The Voice’ season 19.

Carson Daly has served as the host of all earlier seasons of the show and will be reprising his role in season 19 as well. Having previously served as a coach in Seasons 7, 9, 12, and 17, Gwen Stefani is once again taking one of the coaches’ chairs, alongside Blake Shelton, Kelly Clarkson, and John Legend. From season 18, Nick Jonas might not be returning, not at least in the upcoming nineteenth edition.

What is The Voice Season 19 About?

The show features a traditional format comprising five rounds of competition – the blind auditions, the battle rounds, knockouts, playoffs, and finally, the live performances. Based on the number of votes at the end of each week, the lowest scorers bid farewell. The last contestant to survive all the vote-outs is named the winner of ‘The Voice,’ receiving the grand prize of earning a recording contract. However, it hasn’t been revealed whether the new season will follow the same or an altered version of this format, taking safety measures into account.

The teaser for what’s in store for ‘The Voice’ Season 19 is finally here. The clip is indicative that their return comes with a new set of health and safety protocols as Stefani can be seen interacting with the participants by way of a hilariously innovative way while maintaining a safe social distance. The legendary red swivel chairs are also placed a good eight feet apart from one another while the set seems more spacious than ever with no audience member hanging out in the premise. Have a look!