Where to Stream The Vow? 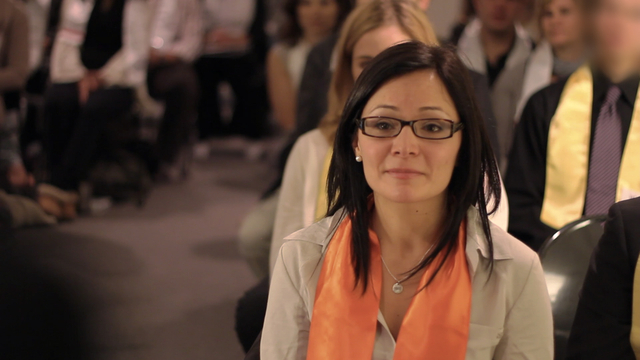 ‘The Vow’ is a gripping true-crime documentary that chronicles the happenings of the NXIVM (pronounced Nexium) cult. It sees how Keith Raniere, the cult’s leader, comes under fire and is eventually apprehended. The story is meant to give us the account of the members, and through their experiences, a picture becomes clear, where we understand why NXIVM faces charges of sex trafficking and racketeering conspiracy. Curious to find out where you can watch the series? We’ve got you covered, right after we tell you a bit more about it.

What is The Vow About?

‘The Vow’ gives an account of the members who joined NXIVM, which promoted itself as a self-improvement group. It takes a nuanced look at the organization, reserving judgment. We are exposed to conflicting accounts from participants – learning about profound change and unbelievable abuse. At the end of the day, over nine episodes, ‘The Vow’ shows us how Keith’s organization not just took the lives and minds of people, but also severely depleted their bank accounts. With the leader facing charges, and the second-in-command about to face the consequences, the docuseries renews interest in a murky cult and its dealings.

Is The Vow on Netflix?

‘The Vow’ is not on Netflix, but that is no reason to feel down. The streaming platform has a wide variety of documentaries that are entertaining and informative. Many of them deal with cults and how their practices should be frowned upon. You can check out ‘Wild Wild Country‘ on the platform, which tells the tale of Osho, an Indian saint who captivated many. Eventually, his cult went on to pose a domestic threat to the US.

Is The Vow on Hulu?

Hulu has an impressive roster of films and shows, but the platform does not have ‘The Vow,’ as is. If you are a Hulu subscriber, you have to add HBO to your existing subscription, to access all their content. After a week-long trial period, you have to pay for monthly services. Check it out here.

Is The Vow on Amazon Prime?

Amazon Prime sources content from all over the world. ‘The Vow’ is not available as is for Prime subscribers, but the platform rarely lets down its extensive and discerning viewer base. You can check out the series by adding the HBO pack to your existing Prime subscription, which is free for a week, and then charges for monthly services. See it here.

Where to Watch The Vow Online?

‘The Vow’ is on HBO, which means you could see it on HBO Max, HBO Go, and HBO Now. Thus, if you don’t have a Hulu or Prime subscription, there’s no need to worry.

Where to Stream The Vow For Free?

If you want to watch ‘The Vow’ for free, you can use the trial period offered by HBO Max. Moreover, if you have a subscription to Prime or Hulu, but don’t want to commit to the HBO pack yet, you can use the week-long trial period to see the series. However, we urge readers to pay for all art they consume.