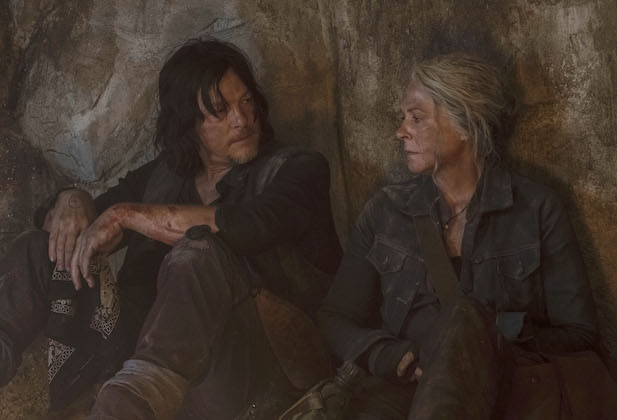 ‘The Walking Dead’ has become a pop culture phenomenon, having advanced from being just another zombie apocalypse television series. The success of the show, in fact, led to the rejuvenation of an already popular genre.

After returning from a mid-season break, the show provided viewers with a thrilling experience revolving around Carol getting her friends trapped in a cave. However, the tenth episode proves to be even more nail-biting despite not finishing up the cave escape plot arc.

The Walking Dead Season 10 Episode 11 Release Date: When Does it Premiere?

The eleventh episode of the tenth season of ‘The Walking Dead’ is scheduled to premiere on March 8, 2020 at 9/8c on AMC. The episode is titled ‘Morning Star’ and releases one week after the show returned from a mid-season break with the ninth episode. The series follows a weekly format with a new episode slated to be premiered every Sunday.

Where to Watch The Walking Dead Season 10 Episode 11 Online?

The last episode of ‘The Walking Dead’ seemingly promised viewers with a segment on saving two characters from a cave. However, that did not happen at all. Yet the episode proved to extremely thrilling, filled with action.

At Alexandria, Beta enters through a secret tunnel and starts to wreak havoc. He tries to look for Gamma. In the process, he almost kills Rosita. He does probably Laura in all probability though by throwing her onto a well quite hard. However, Gamma threatens to commit suicide if he does so. So, Beta spares Rosita and takes Gamma to Alpha instead. However, Gabriel and the others soon catch up to him but Beta manages to escape.