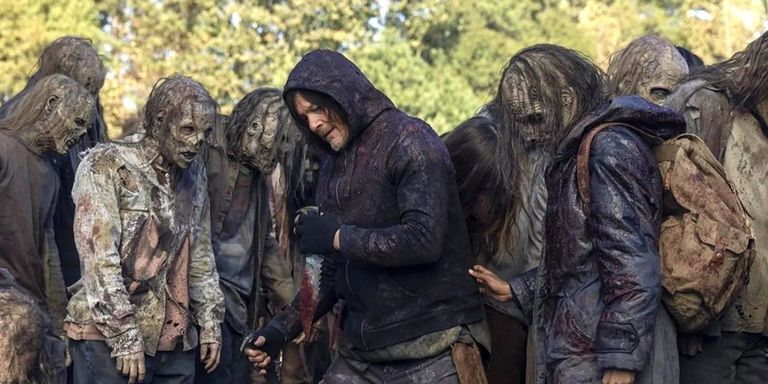 Since its inception, ‘The Walking Dead’ has been one of the most popular post-apocalyptic zombie horror shows for putting an intelligent and fresh spin to an otherwise overcrowded genre. The tenth season finale was supposed to premiere on April 12, 2020, but since the emergence of COVID-19 impacted the post-production, it was moved to October. However, in July 2020, the showrunners announced that the season will now have six extra episodes, shifting the finale from episode 16 to episode 22. With just a few days before the show’s return, you might want to know what happens in ‘The Walking Dead’ season 10 episode 16. Well, we have got you covered. In case you want to refresh your memories, check out the recap!

Where to Watch The Walking Dead Season 10 Episode 16 Online?

You can watch ‘The Walking Dead’ season 10 episode 16 if you have a cable connection, by tuning in to AMC at the above time slot. You can also watch the released episodes online by logging into AMC’s official website or the AMC app. If you don’t have cable, there are several other options where you can live-stream the already-released episodes with a paid subscription — such as YouTube TV, Philo TV, Sling TV, and DirecTV. Additionally, specific episodes can also be purchased on Amazon Prime Video.

The upcoming episode is titled ‘A Certain Doom.’

In the Whisperer War: Final Showdown, there is going to be a war between the survivors and Beta’s horde. Now that Beta has surrounded the tower where the people are hiding, Gabriel might ask everyone to gear up and face the adversity that has landed on their doorstep. When a few kids admit to Gabriel that they are scared, the Father might ensure them that together, the people of Alexandria, Oceanside, Kingdom, Hilltop, and “The Others” are enough to defeat their enemies. On being asked about “The Others,” Gabriel might elaborate that those are the people who are out there in the wild, endangering their lives to get help for all of the survivors.

So in the episode, we can expect Daryl, Carol, and Kelly to pull out all stops to make it to their family. At the same time, Yumiko, Eugene, Ezekiel, and Princess might finally meet Stephanie and seek help from her community. The episode also marks the return of the fan-favorite character, Maggie, who might rush to the rescue of her family after receiving Carol’s letter for help. Aaron and Alden might fight for their lives to escape the Whisperers’ clutches and reunite with their family.

Check out the extended promo below!

After revealing his true identity as a former country singer, Beta lures a horde of walkers by playing loud music and makes them follow him as he embarks in pursuit of Daryl and the Alexandrians. Upon reaching Alexandria, Beta is shocked to find it empty, with no human in sight. Unbeknownst to Beta, Alden and Aaron are hiding behind the windmill. Sensing danger from Beta, the community members have taken refuge in a tower at a hospital on Daryl’s instructions.

While on an errand-round, Carol apologizes to Kelly for whatever happened at the quarry, and the two ladies make amends. Daryl and Judith share a heart-to-heart conversation. Negan tries but fails to gain Lydia’s trust and forgiveness for killing her mother, Alpha. As Eugene, Ezekiel, and Yumiko learn more about Princess, Yumiko realizes that she may be fit to join the team. Aaron and Alden get captured in the final moments, and Beta ends up at the location where everyone is hiding