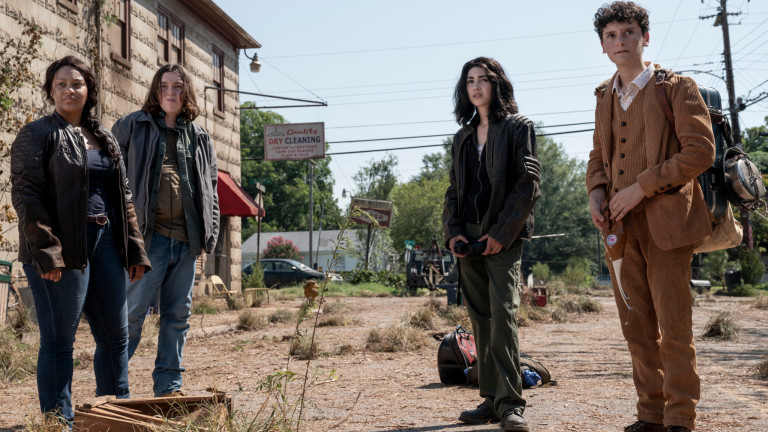 The 5th episode of ‘The Walking Dead: World Beyond’ is titled ‘Madman Across the Water’. It follows the group as they band together to figure out a way to cross the Mississippi River. In the midst of everything, a scheme to lure the kids back home goes awry. On the other hand, one of the team members must address his traumatic past so that he can save the rest of his friends from an incoming threat. Well, you can check out our recap section for the major highlights of episode 5. But before going there, here’s our preview for the next episode.

‘The Walking Dead: World Beyond’ episode 6 is slated to release on November 8, 2020, at 10 pm ET/PT & 9 pm CT on AMC. New episodes drop every Sunday at the same time slot and the limited series comprises 10 episodes.

Where to Watch The Walking Dead: World Beyond Episode 6 Online?

You can watch ‘The Walking Dead: World Beyond’ episode 6 if you have a cable connection, by tuning in to AMC at the above time slot. You can also watch the released episodes online by logging into AMC’s official website or the AMC app. If you don’t have cable, there are several other options where you can live-stream the already-released episodes with a paid subscription — such as YouTube TV, Philo TV, Sling TV, Fubo TV, and DirecTV. Additionally, already released episodes can also be purchased on Amazon Prime Video.

The upcoming episode is titled ‘Shadow Puppets’. AMC has outlined its official synopsis, which goes as follows: “When an unexpected newcomer reveals information that could help them reach their destination, the group cuts a deal; while some are intrigued by the new arrival, others are suspicious.” You can check out its teaser below:

In the 5th episode, the teens make their way to the Mississippi River, one of the biggest obstacles on their way to New York. Since the military has destroyed all the connecting bridges, they need a boat. But there are no vessels on the banks either. So the kids decide to build one on their own — using the remains of a broken-down warehouse.

Felix coaxes Elton into convincing the rest of the gang to go back. Later, Hope overhears Felix telling Huck that Elton might be convincing the rest to return. She immediately lashes out at Elton and the others start doubting his trustworthiness. Hope also explains show she does not like Felix much. However, the discussions are brought to a halt when a looming storm threatens to wash away their boat.

At that moment, a lightning bolt strikes a shack, packed with walkers. Luckily, the engine of the boat starts but someone needs to go inside the vessel to fix a glitch. Elton, after battling his claustrophobia, offers to complete the task while Felix, Hope, and Iris fight off the zombies. Finally, they manage to sail away on their boat until the walkers reach the shore.