Where is NBC’s ‘The Wall’ Filmed? 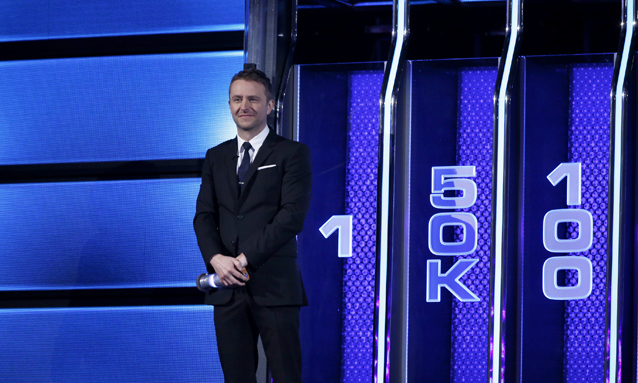 Game shows can be a great way to relax and escape away from the melancholy of life. Most of them often present laid-back competitions featuring relatable participants which are extremely fun to watch. ‘The Wall‘ is a game show by NBC that presents a family-friendly reality competition that allows contestants to earn large sums of money.

Unlike, say, survival shows, the stakes are generally quite low for game shows, allowing them to be escapist forms of entertainment that do not increase viewers’ blood pressure levels. Hosted by Chris Hardwick, ‘The Wall,’ sees teams of two contestants play four rounds of a game to earn some extra money. Generally, the contestants are people who give back to the community. Hence, ‘The Wall’ also has a feel-good factor to it.

The contestants potentially stand a chance to win over $12 million which is the top prize. The premise of the show is simple. The contestants are asked questions and a ball is dropped from the top of the wall. The bottom of the wall has several slots belonging to a particular amount. If the contestants get an answer correct, the ball turns green. When a green ball falls into a slot, the amount of that slot is added to contestants’ winnings. However, if the answer is incorrect, the ball turns red and the corresponding slot’s amount is deducted.

‘The Wall’ is a reality game show by NBC that allows families who give back to the community a chance to earn some extra cash. A large chunk of the show features the actual game that the contestants are made to play to win money. The game decides how much money the contestants earn.

Since it is a game show, the series is almost entirely set on the set where the contestants are made to play the game. Hence, it is natural for viewers to wonder about the actual location of the set.

To begin with, ‘The Wall’ is almost entirely shot on soundstages at production studios. This is quite unsurprising since the game show entirely features the contestants participating in the contest on the stage. The stage features the giant wall which forms an integral component of the game. Other than that, there is enough area around the wall for the participants to play the game and be filmed. The entire stage is usually illuminated by blue lights.

Filming for the series was carried out on a soundstage at Warner Bros. Studios in Burbank, California. The production facility sprawls over 62 acres and features 36 soundstages between 6,000 and 32,000 square feet in size. However, this is not where ‘The Wall’ is filmed currently.

Apart from filming in California, ‘The Wall’ was also apparently filmed in Baltimore, Maryland. According to local sources, this had only been a one-time occurrence in February 2017. Filming was carried out on location on 27 S Patterson Park Avenue. It had been a relatively minor filming activity, with the involvement of just 8-9 actors and/or crew. Have a look at the Twitter post attached below which confirms these facts: