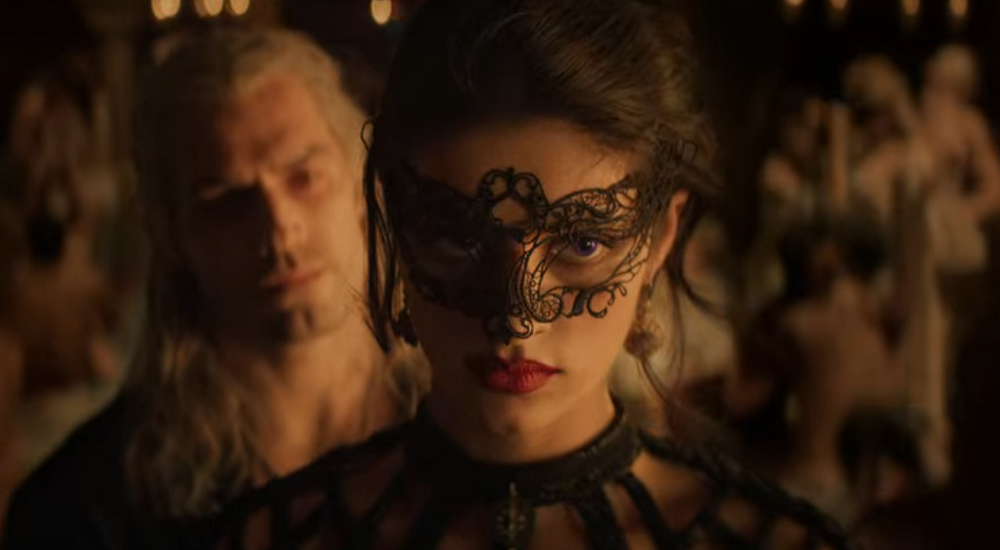 Episode 5 starts out strange and gets even stranger; in a good way, of course. On the surface, the episode seems to take a step back from all of its seriousness, bringing forth an episode that highlights the hilarious gimmicks of Jaskier. But on a deeper level, it initiates the stormy relationship between Yennefer and Geralt. To put it simply, Episode 5, is the perfect combination of both, humor and depth.

While the wild hunt for Ciri continues, the enemy forces find Mousesack and ask a Doppler to become his double. Mousesack is killed right after the Doppler disguises himself as him, and with this, the Doppler sets out to look for Ciri. Meanwhile, Geralt seems to have trouble sleeping at night and in order to relieve himself from his insomnia, he frantically searches for a Djinn near the lake. The Bard, Jaskier, as always, ridicules him and even questions him about the Djinn he is looking for. Soon they end up finding a small vase that conjures the Djinn. Jaskier ignores all of Geralt’s warnings and ends up reciting his three wishes. The Djinn, in response to his wishes, strangles him and seriously damages his throat and larynx with magic.

To save his friend from dying, he rushes to an elf named Chireadan, who informs that heavy duties are being enforced on those who use magic. He then leads them to Yennefer of Vengerberg, who seems to be the only one who flouts the law and uses her magic. To find her, they reach the home of merchant-ambassador, Beau Berrant. In the basement of the home, they finally run into her and ask her for help. Yennefer uses her sorcery to lift the spell on Jaskier’s throat, and while he sleeps, she asks Geralt to take a bath. Soon after this, she puts Geralt to sleep using magic and makes him pay for Jaskier’s treatment by magically influencing him to go around rampaging the entire city and seek revenge from all those who have wronged her in the past.

With little to no memory of these events, Geralt wakes up in prison. Here, the guards show no mercy towards him and start beating him up. This is when he wishes for the guard’s head to explode, and to his surprise, it actually does. This makes him realize that all this while, the Djinn was granting his wishes and not Jaskier’s. In the meantime, Yennefer tries to summon the Djinn for her own benefit. Geralt tries to explain to her the whole situation and she demands him to make his last wish. As soon as he does that, the Djinn breaks free and escapes. Moments after this, Yennefer and Geralt make love.

In Episode 5, it becomes pretty evident that Geralt, who can quickly evade attacks and dissipate monsters with the blink of an eye, is also capable of determining what’s really at stake. Case in point; the scene where he decides to save Yennefer from the djinn instead of just fleeing away. There are also several such instances throughout the first few episodes in which Geralt, who is seen as a vicious cold-blooded murderer by many, is actually more reasonable than most humans. Geralt and Yennefer, as individuals, have been developed really well so far. However, on the downside, their chemistry together seems a bit weak. But, of course, since this episode only marks their first meeting, we can expect their chemistry to get better later on.

Ciri’s Arc, for the most part, is still being presented as a riddle. But one thing that gets a bit too annoying about it is the repetitive emphasis on how “Geralt is her destiny.” The previous episode made it pretty comprehensible that “Geralt’s Destiny” is going to be one of the most consequential plot points of the season. So all this reiteration of what’s so obvious definitely needs to stop.

Speaking of consequences, in context with Yennefer’s character, Episode 5 also projects how the consequences of her past are now making her question her decisions. Being sterile now, she desperately seeks a solution to “cure” herself and is even willing to put her life on the line for it. Furthermore, it also adds an intriguing new character to the lore—The Doppler. A hideous creature who obsesses over mimicking others. But, of course, its ability to metamorphosis surely has to have some sort of limitations. Hopefully, we’ll get to know more about that out in the episodes that follow.

At this point, though I love how the series has been adapting the standalone, loosely-linked stories of “The Last Wish,” I’m really starting to hope that all of it will eventually coalesce into a coherent world. So far, none of the episodes have wasted too much time into meandering around and circling unnecessary plot points. This, in turn, has even benefited the overall pacing of the series. Being halfway through the season, at this point, no aspect of the story is too outlandish and a satisfying conclusion seems to be a possibility for this season.

In addition, although there is a scene with an exploding head in it, it is, arguably, one of the least violent episodes of this season so far. However, what makes up for this is all the nudity and sex scenes that it features.

Overall, Episode 5 weaves its way in and out of the overarching plot while entertaining its viewers with some double entendre and puns. It takes on traditional fantasy adventure motifs and gives them a whole new lease of life while presenting them in a more parodical fashion. But it is still a bit of a lackluster compared to its predecessors. The series makes a good attempt at crossing paths of two of its main characters and even brings in a tinge of suspense with its ending.