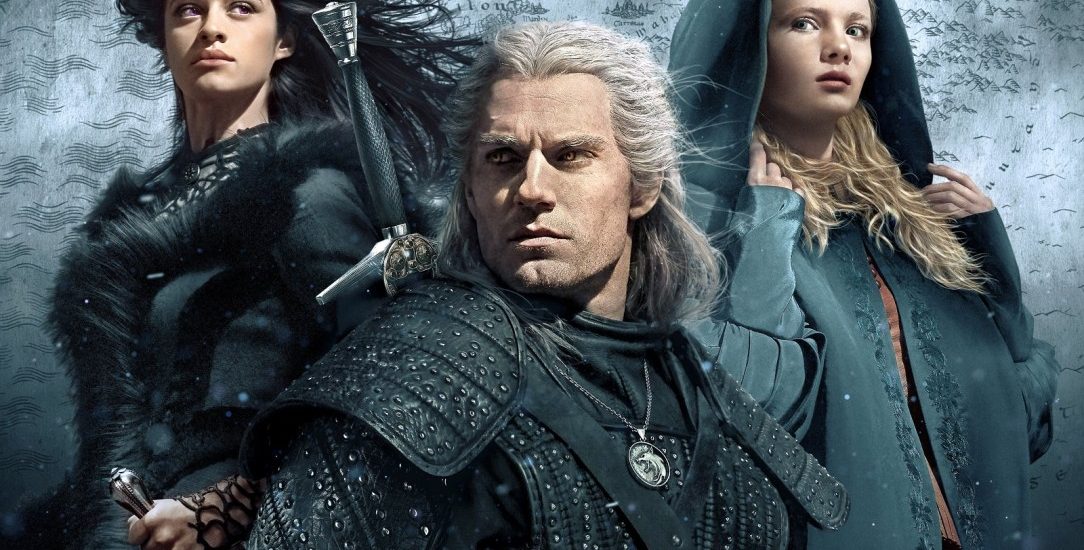 The first season of ‘The Witcher’ gives us an introduction to the various characters, the good ones as well as the baddies, and sets the stage for the events of the second season. While the series stays faithful to the source material, i.e., the books, it does take the liberty to change some things in its favour. The most important of those is the timeline. Instead of going chronologically about it, the show puts all the characters front and centre, and then lets the audience figure out the chain of events. If you have been confused by all that happens in the eight-episode season, we have drawn up the timeline for you. 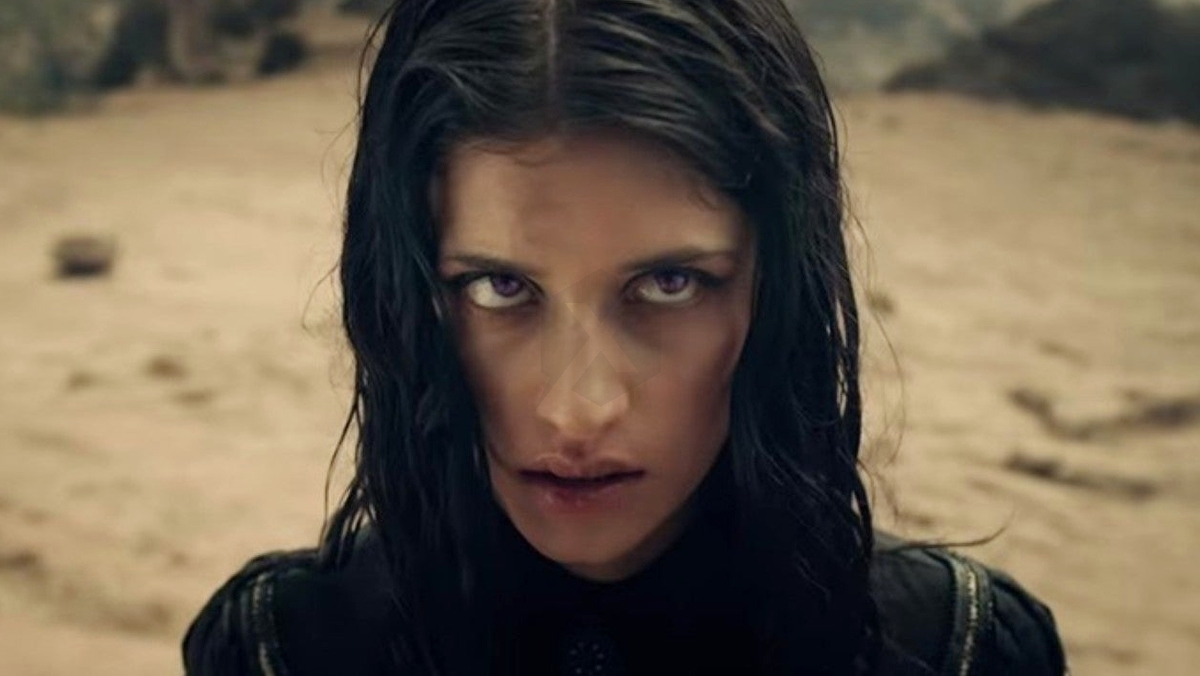 If we are to consider the order of events, the first thing to happen is Yennefer’s arrival at Aretuza. She spends some time at the academy, learning the ropes. In her graduation ceremony, when she is to be assigned to Nilfgaard but chooses Aedirn instead, we see King Foltest and Princess Adda, as kids. Stregobor, too, is free right now, and Renfri hasn’t been born yet. This follows with Yennefer spending some years in Aedirn, and then getting attacked by the assassin. After the death of the queen, she gives up her position and resorts to freelancing her magic. In between this, she meets Ostrit, whom she gives the curse which kills Adda and turns her daughter into a striga. 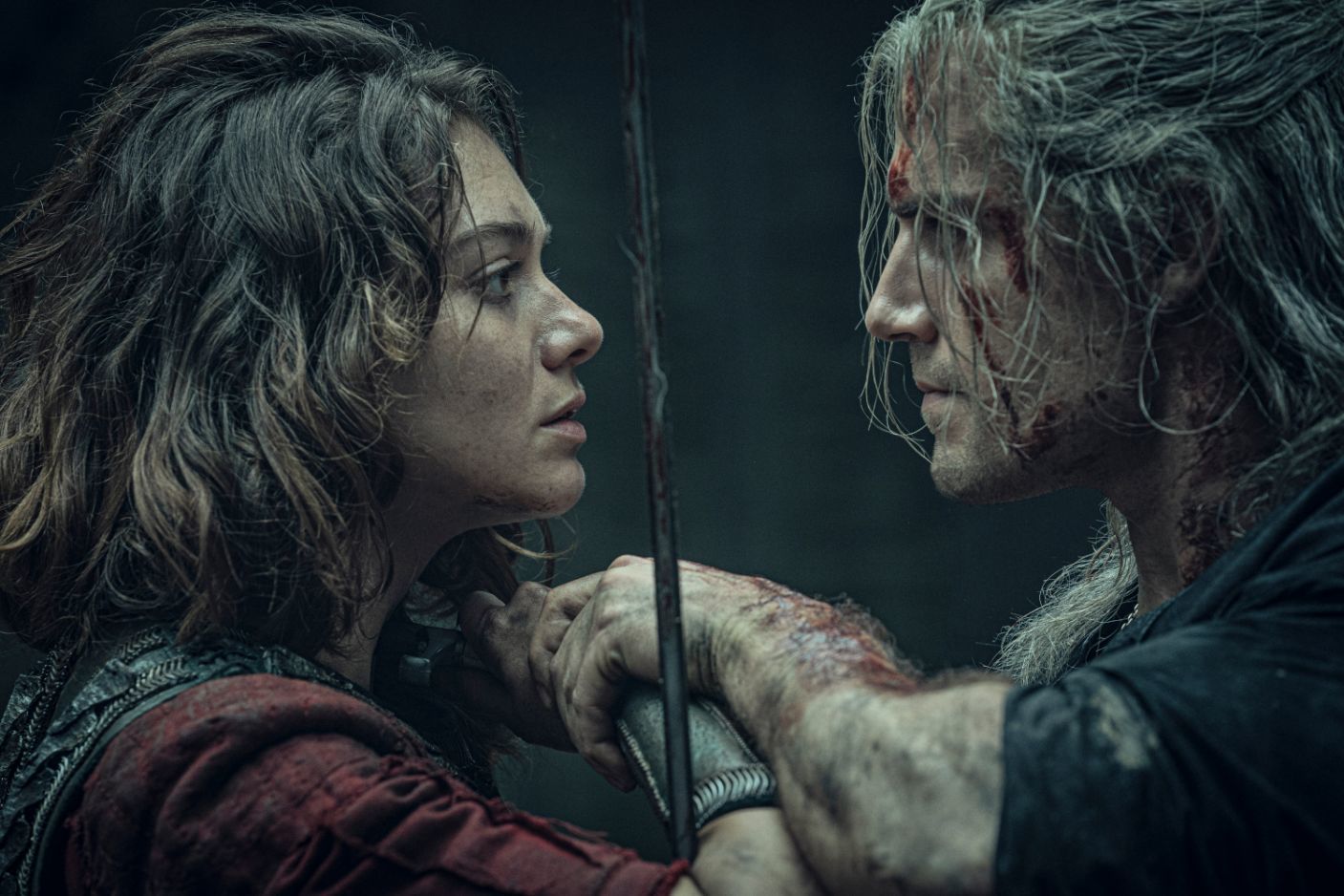 Dial the clock a few years ahead and the adventures of Geralt begin, starting with Blaviken. Stregobor has come a long way since training Istredd. He is hiding from Renfri now. The fight gets Geralt the tag of the Butcher of Blaviken. Next, he meets with Jaskier and meets the elven king, Filavendral. The next is the encounter with the striga. Foltest is an old man now, so around 40-50 years have passed since Yennefer left Aretuza. Here Geralt also meets Triss, who was Yennefer’s batchmate!

The Law of Surprise 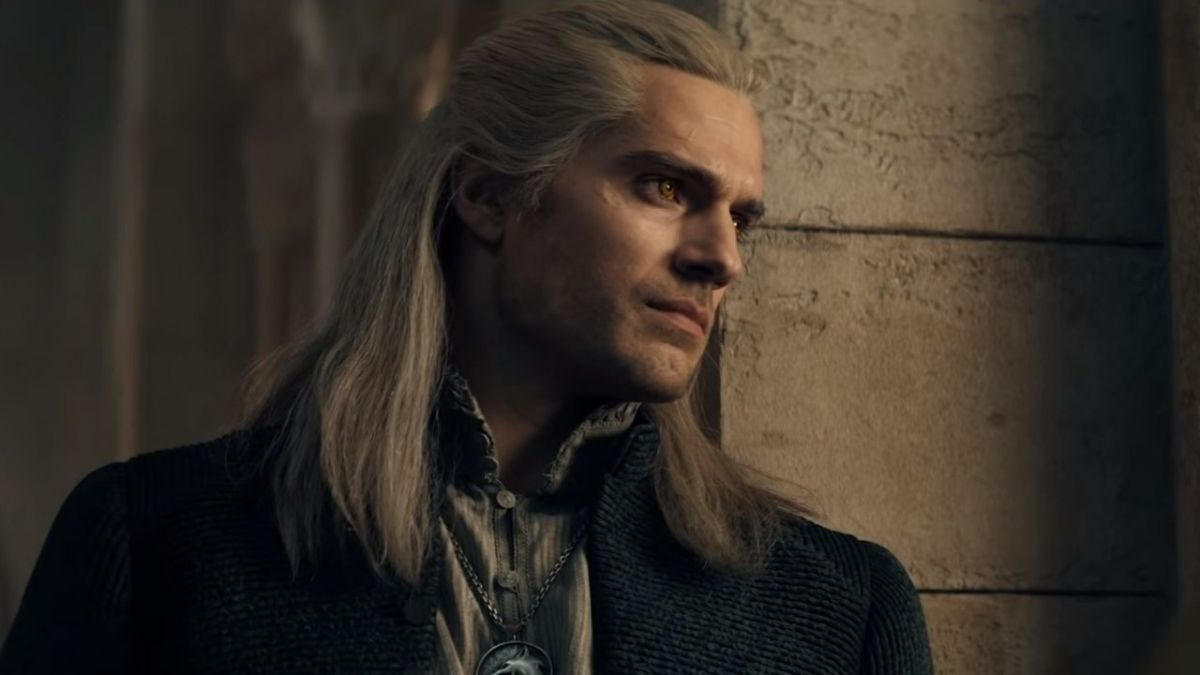 Next event is the banquet at Cintra. Duny and Pavetta’s love story finds a conclusion and Geralt gets the Law of Surprise in return for his service. He goes back to roaming the Continent, hunting monsters and getting paid, with Jaskier by his side. Then comes the accident with the djinn and they meet Yennefer. This marks the beginning of an on and off affair between them. They meet, then part ways, then meet again, and then go their own ways.

In the meantime, Fringilla has made good use of her position in Nilfgaard. She has helped upturn the seat of power and the righteous king has been reinstated there. This king is much more offensive about his strategies and he begins planning his conquest over the Continent.

Geralt and Yennefer reunite on the quest to find and kill a dragon. This is where Geralt mentions his Child Surprise and she lets out her desire to have a child. Things don’t end well between them and once again, they separate. Geralt lets out his anger at Jaskier and the bard leaves too. Geralt realises that it is time for him to accept his destiny. When he sees the Nilfgaardian forces advancing, he goes to Cintra.

The Fall of Cintra 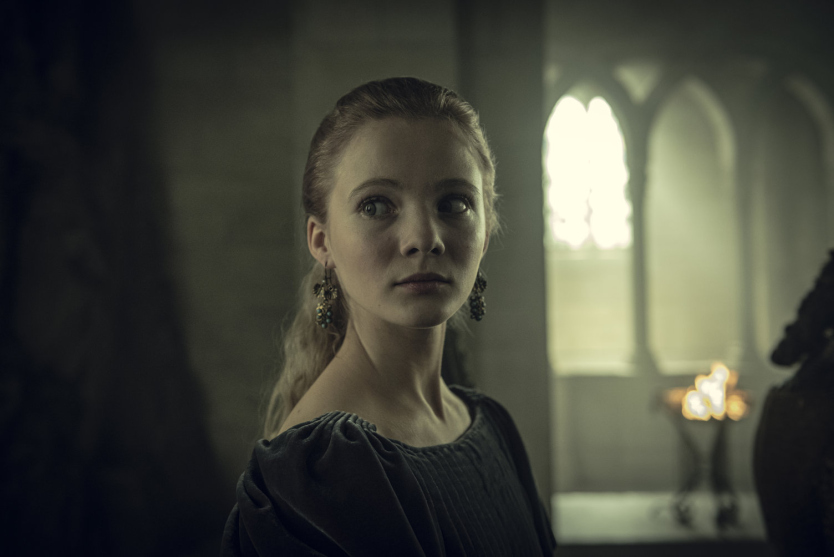 This brings us back to the first episode. Twelve years have passed since the night of the banquet. Pavetta and Duny are dead, and we are introduced to Ciri while she is playing with her friends on the street, dressed as a commoner. Unbeknownst to her, Geralt is in Cintra at that very moment and is ready to take her away. However, Calanthe’s pride doesn’t allow her to give her grand-daughter to the same thing that she lost her daughter to. She is preparing for the battle with Nilfgaard and the presence of the Witcher only agitates her more. She tries to fool him, but he figures out the ruse and calls her out for trying to dupe him. She demands him to be thrown out of Cintra, or so he thinks. She knows that he won’t give up on his Child Surprise, so she holds him captive. Only she and Eist are aware of this.

While all this happens, the mages convene at Aretuza and a vote is held over the fate of Cintra. Most of them decide against helping Calanthe’s kingdom, but some, including Yennefer, decide against it.

And then, Nilfgaard attacks, Cintra loses, the city is overrun, Eist is killed and Calanthe is on her deathbed. With no other option in sight, she tells Mousesack to get Geralt. By then, Geralt has found his way out of the prison and is already out on the battlefield. With him gone, there is no option but to get Cirilla out of the castle. Just as they leave, Geralt enters the castle and finds everyone dead.

With the fall of Cintra, the next logical step for Nilfgaard is Sodden. The mages decide to stop their progress there. If Sodden falls, the entire North is gone. Temeria is on its way to help, but the mages draw up various ways to hold their ground until back-up arrives. 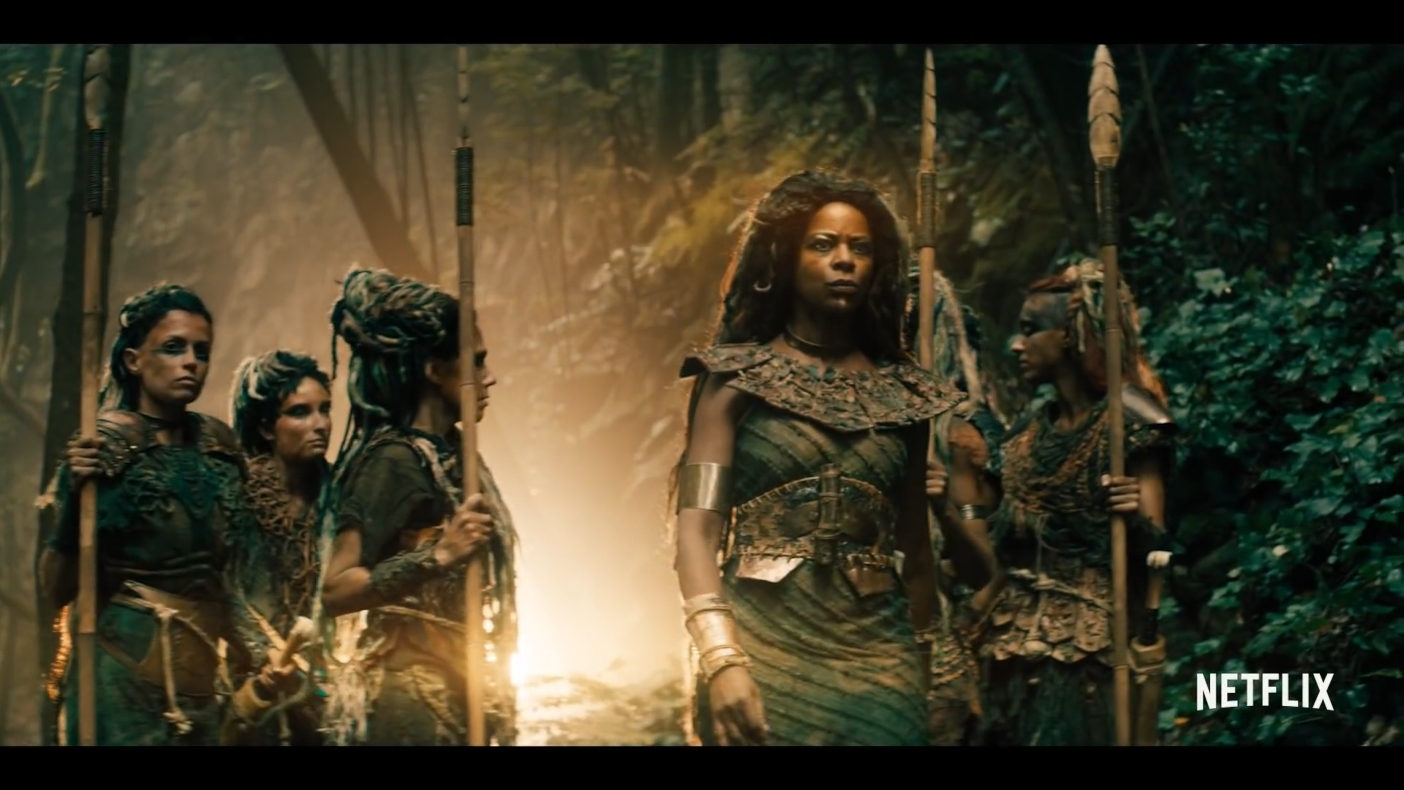 Cirilla stays at the Cintran camp for a night, after her meeting with Dara. The Nilfgaardian soldiers attack and everyone is killed. Ciri is saved by Dara and they run away, finding their way to Brokilon. A week after the attack, Geralt catches up with the camp, but Ciri is long gone by then. Another hindrance in his path comes when he is injured in the fight with the monsters. It seems like he is dead for good this time, but the man whom he had saved returns the favour. He takes care of Geralt and takes him to his hut.

Meanwhile, the doppelganger takes Mousesack’s form and comes after Ciri at Brokilon. Thanks to Dara’s presence of mind, they figure out the truth and run away. The doppelganger catches up with her and taking her form, goes back to Cahir. After attacking the Nilfgaardian, he runs away. In the meantime, Dara frees Ciri, but realises that she only brings death and destruction with herself, and parts ways. She reaches a small village where she steals the horse and is then attacked by Anton and his friends. Unintentionally killing them, she is taken in by a kind woman. She spends a night there.

The Battle at Sodden

This is the night when Nilfgaard attacks and the Battle at Sodden Hill ensues. Yennefer and the rest of the mages do their best to keep the enemies at bay. It doesn’t end well for them. In the end, however, Yennefer manages to win the war. Geralt spends that night on the road, still recovering from his dream, and hallucinating about all the women in his life. His cries are heard by Cirilla, who anticipates his arrival in the morning.

As expected, the man turns out to be the husband of the woman who saved Cirilla. They talk about Ciri, and Geralt understands that he has finally found her. Renfri’s voice reverberates in his head and he walks into the jungle where he finally meets Cirilla.