This Is Us S4 E13: Everything We Know 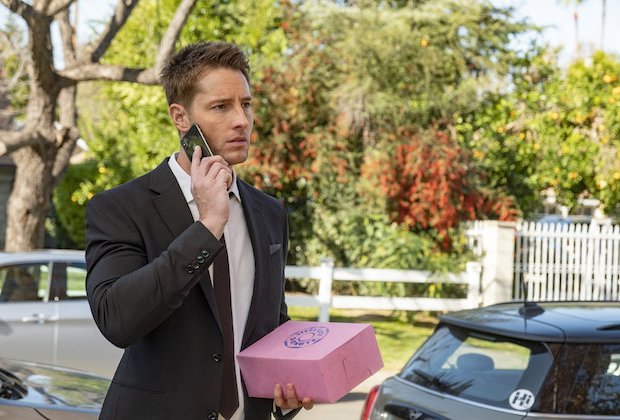 NBC’s ‘This is Us’ is a relationship drama that revolves around the lives of the Pearson family and puts the spotlight on the interpersonal relationship between the three children and their extended families, by exploring multiple timelines. Created by Dan Fogelman, the multiple award-winning show showcases flawed characters, multi-faceted personalities and high intensity drama that helps in developing a connection with the audiences. Backed by powerful performances, ‘This is Us’ depicts moments of happiness, sorrow, sacrifices and celebrations, helping us realize that every family is imperfect. ‘This is Us’ season 4 premiered on September 24, 2019.

The show returned from a break on January 14, 2020 with a mind-blowing mid-season premiere, i.e. episode 10. Season 4 primarily focuses on Randall’s growing anxiety, his deteriorating mental health, and Beth and Randall’s complex marriage. On the other hand, Rebecca shows potential symptoms of Alzheimer’s. Kate and Toby are slowly falling apart. Meanwhile, Kevin is exploring his single life.

Well, it is evident for fans to get all nervous after the nerve-wracking Randall-centric, episode 11. The makers surprised us by dropping the episode 12, on January 28, 2020, instead of February 11, 2020, providing a closer look at Kevin’s life with a shocking ending. More on that in the recap. In case you want to know what happens in the upcoming episode, read on as we unveil to you the details of the upcoming episode – ‘This is Us’ season 4 episode 13.

This is Us Season 4 Episode 13 Release Date

Well, we have got some bad news for you guys. It looks like we will have to wait for two weeks for the next episode from the Big Three trilogy to air, to accommodate the State of the union speech.

Where to Watch This is Us Season 4 Episode 13 Online?

You can watch the ‘This is Us’ season 4 episode 13 by tuning to NBC at the above-mentioned time. You can also catch the show on NBC’s official website and also on the NBC app.

This is Us Season 4 Episode 13 Spoilers

The upcoming episode is titled ‘A Hell of a Week: Part 3.’ After the Kevin-centric episode, Episode 13 is going to be totally focused on Kate. We can expect to learn more about Kate’s traumatic past, how she deals with her relationship with Marc. In a series of flashbacks, we are given a closer look at how Kate finds the strength to survive her toxic relationship alone, in the absence of her family, who are mourning the loss of a loved one. On the other hand, we see how Kate’s current relationship with Toby progresses. Will they solve the issues or succumb to despair?

This is Us Season 4 Episode 12 Recap:

The Kevin-centric episode takes us into the world of Kevin, where we witness all the phases of Kevin’s life – a toddler, high-schooler, college teen and an adult. With the central theme being love and loss, the episode opens with Jack telling a sad Kevin who just lost his favorite toy – “Kevin, it’s hard to lose what we love, but we will find something else to love.”

While on the set of his movie, Kevin gets an advice from M. Night Shyamalan to stop chasing the ending he wants and go with the flow. Sophie calls Kevin, sharing the heart-breaking news of her mother Claire’s death. Kevin is shattered and goes to funeral to be by Sophie’s side. They have a heart-to-heart, and end up watching ‘Good Will Hunting,’ a long-pending movie from their high-school days.

In a typical non-linear fashion, the episode takes us back and forth, revealing some never seen before moments from Kevin’s life. And oh, that woman on Kevin’s bed, from the previous episode, is neither Sophie, nor Cassidy but Madison. Of course, fans are disappointed. Kophie is endgame. It has to be.