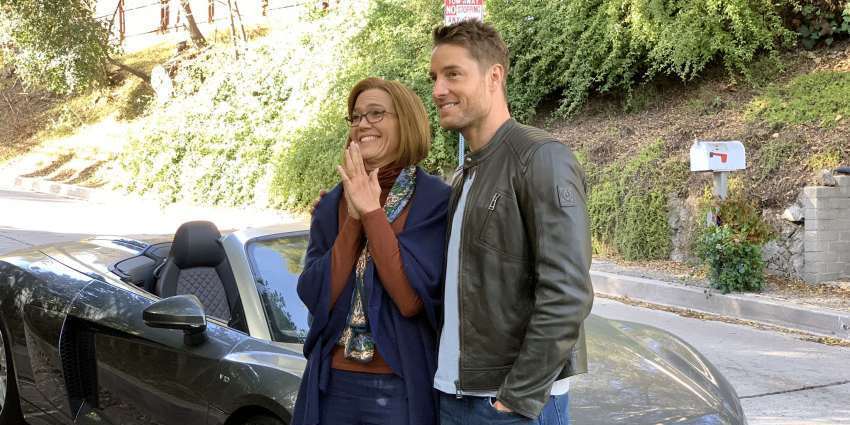 ‘This is Us’ is a family drama that showcases the relationship dynamics of the Pearson family through the years, by making use of flashbacks and parallel timelines. A Dan Fogelman creation, the multiple award-winning show has been running successfully since its inception on September 20, 2016.

Season 4 premiered on September 24, 2019. So far, the season has managed to throw light on the deep psychological issues that are rooted in Kevin, Kate, and Randall’s childhood experiences, which often give rise to complications in the present. Meanwhile, a worried Rebecca is finding ways to spend more time with her kids, in the wake of her Mild cognitive impairment diagnosis.

Episode 15 released on February 25, 2020. The heartwarming episode is filled with bittersweet moments from the lives of Rebecca and her children. More on that in the recap at the end. In case you want to know what happens in the next episode, read on as we unveil to you the details of ‘This is Us’ season 4 episode 16.

This is Us Season 4 Episode 16 Release Date

Unfortunately, fans will have to wait for two more weeks to indulge in another episode of their favorite show. Instead of next week, ‘This is Us’ season 4 episode 16 will release on Tuesday, March 10, 2020, at 9 pm ET, on NBC.

Where to Watch This is Us Season 4 Episode 16 Online?

You can watch the ‘This is Us’ season 4 episode 16 by tuning to NBC at the above-mentioned time. You can also catch the show on NBC’s official website and on the NBC app.

This is Us Season 4 Episode 16 Spoilers

In episode 16, the whole Pearson clan might take a trip to New York City. We might finally get the answer to the long-standing question: Why are Randall and Kevin estranged in the future? In the upcoming episode, Kevin might spend some quality time with his mother, Rebecca, by taking her to dinner, movie premieres and other events.

Randall can have an issue with Kevin’s way of dealing with their mother’s condition. Upon confronting Kevin, the two brothers can have a fight, which might eventually tear their relationship apart. A frustrated Randall will remind Kevin of how he has been taking care of Rebecca for over 20 years, to which Kevin might respond that he probably knows what’s best for their mother.

This is Us Season 4 Episode 15 Recap:

The episode focuses on the relationship Rebecca shares with her children, especially Kevin. After learning about Rebecca’s diagnosis, Kevin is making sure to make up for the lost time with his mother until no time is left to spend. He takes Rebecca to a record store where she talks about her favorite album ‘Clouds’ and links a memory from Kevin’s childhood, about how Kevin used to be crazy about baseball cards. He also fulfills Rebecca and Jack’s dream of visiting Joni Mitchell’s house. Encouraging him on his carefree nature, Rebecca tells Kevin: “You always make everything fun.”

Meanwhile, Randall finally goes to therapy, and it does not end well. We get to learn that Jack is the reason why Randall uses running as a coping mechanism. Randall also feels that he is the glue that has been holding the family together. However, when the therapist begins making assertions about Randall’s state of mind, he storms off. But Beth convinces him to return because she needs him to be strong enough to take care of her and the kids. She tells him that can’t share her issues unless he is free from a mental load. Randall agrees.

Elsewhere, things are improving between Kate and Toby, as the latter is making sincere efforts to be a better parent and a partner.