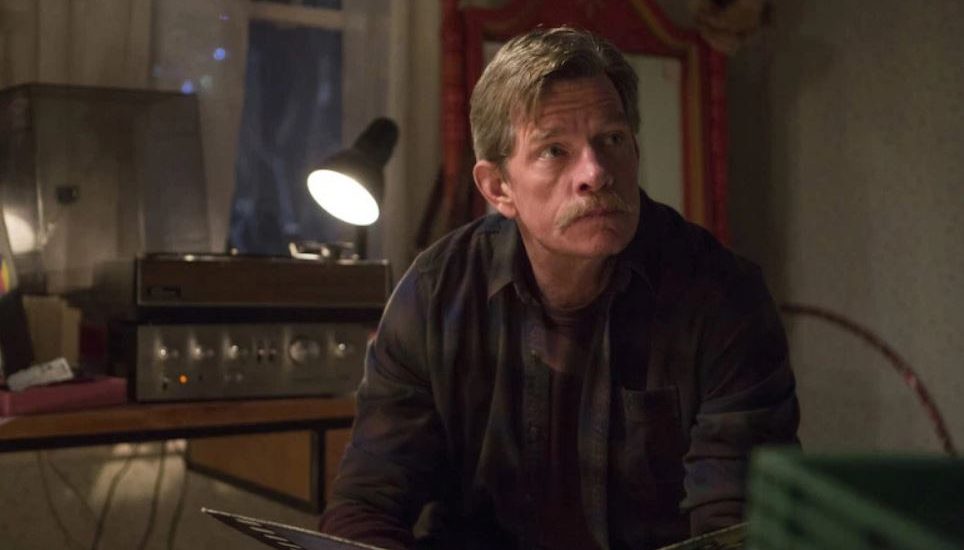 A few decades ago, the probability was higher to chance upon actor Thomas Haden Church as a radio DJ, a Highway Department worker, a laborer on a cattle ranch, or an oil worker in the fields of Louisiana. Church started his career as an actor after he went through several roles in real-life. His first tryst with the entertainment industry began with voice over jobs in commercials. He relocated to Los Angeles in 1989 to get his feet wet in Hollywood. The aspiring actor kick-started with guest roles in TV shows such as ‘21 Jump Street,’ ‘Cheers,’ ‘China Beach,’ and ‘Booker.’

Church got his first breakthrough with the 1993 movie ‘Tombstone,’ starring Kurt Russell and Val Kilmer. The 1995 horror flick ‘Demon Knight,’ ‘George of the Jungle’ (1997) and the 1997 flick ‘One Night Stand’ helped him to emerge as a rising star. In 2003, he made his directorial debut with the movie ‘Rolling Kansas.’ Church got his first Academy Award nomination for the 2004 film ‘Sideways.’ His other major works include ‘Easy A’ (2010), ‘Killer Joe’ (2011), ‘We Bought a Zoo’ (2011), ‘John Carter’ (2012), and ‘Max’ (2015). So now you might be wondering what is the next Thomas Haden Church movie or TV show? Well, here’s the list of upcoming Thomas Haden Church films and TV shows scheduled to release in 2019 and 2020. We can only hope that the latest Thomas Haden Church movies would be as good as some of his recent ones. 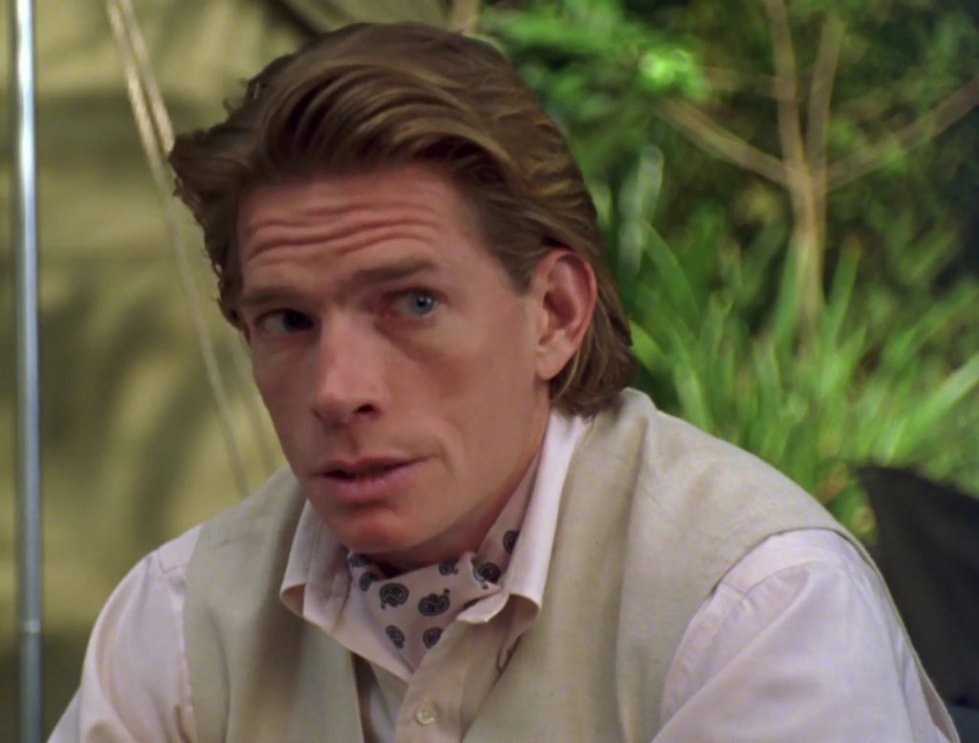 ‘The Peanut Butter Falcon’ is the feature directorial debut of filmmaking duo Tyler Nilson and Mike Schwartz. The plot follows the journey of a differently abled man Zack Gottsagen who challenges everything including his Down syndrome to realize his dream of becoming a wrestler. The man runs away from the nursing home which shackles his professional wrestling dreams. Zack Gottsagen, who was handpicked by the directors during a camp for differently abled actors, appears as himself in the movie, which also features Dakota Johnson, Shia LaBeouf, John Hawkes, Bruce Dern, Thomas Haden Church, and Jon Bernthal in major roles. When it premiered at the SXSW Film Festival in March 2019, ‘The Peanut Butter Falcon’ garnered positive reviews for its humble, heartwarming and refreshingly sincere take on family and acceptance of people with Down Syndrome. Armory Films, Lucky Treehouse and Bona Fide Productions produce the movie, which is scheduled to be released on August 9, 2019, by Roadside Attractions. 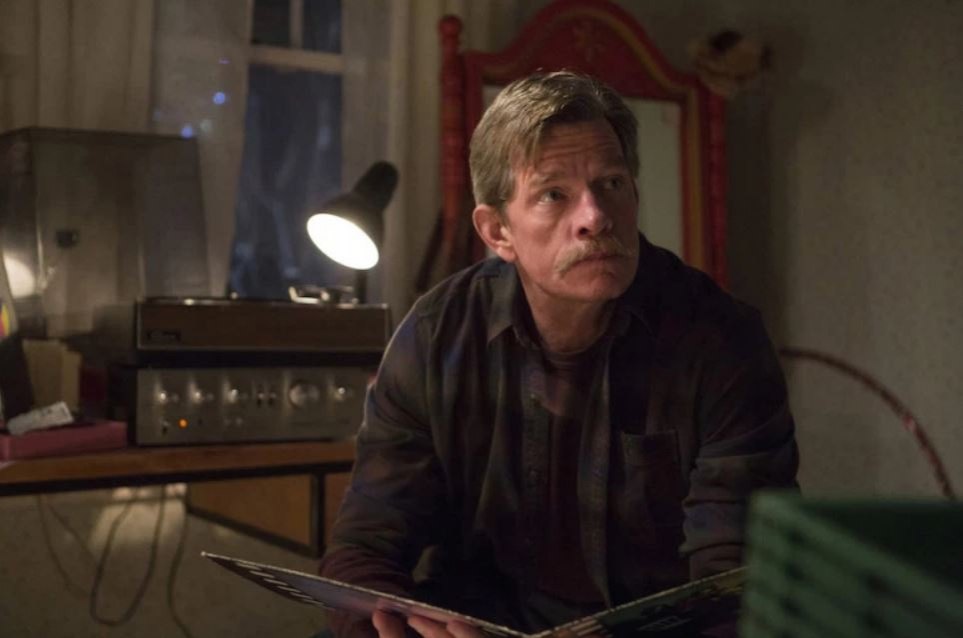 HBO’s drama series ‘Divorce’ features Thomas Haden Church and Sarah Jessica Parker as a separated couple—Frances Dufresne and Robert Dufresne—who navigate through the emotionally tasking, long ordeal of divorce. While Robert is in a dilemma of letting go of his wife after he learns about her affair with another man, Frances is torn between the two men in her life and other social repercussions of divorce. Other cast includes Molly Shannon, Talia Balsam, Tracy Letts, Sterling Jerins, and Charlie Kilgore. HBO released ‘Divorce’ on October 9, 2016, to critical acclaim and audience praise. Haden Church and Parker’s performances garnered positive reviews.

The success of the first season prompted the network to greenlit the second season on November 14, 2016. Season 2 aired on January 14, 2019, and met with mixed to positive reviews. The second season featured Robert and Frances as two struggling individuals who try to put together their lives after separation. Both of them try hard to nurture new life outside the wedlock by reconnecting with other people in their respective circles. The mixed responses made HBO take a short break before turning up with the third season renewal on November 2, 2018. Apart from playing the lead role, Parker executive produces the series along with Horgan, Alison Benson and Aaron Kaplan. According to THR, the upcoming season 3 features a new showrunner, Liz Tuccillo. Jenny Bicks, who served as showrunner for the second season, left the show soon after the wrap-up. The first season had Paul Simms as showrunner. HBO premieres the third season of ‘Divorce’ on July 1, 2019.

Thomas Haden Church’ teams up with Josh Whitehouse, Colm Meaney and Meagan Holder for the forthcoming film ‘The Happy Worker’ from SingularDTV. The plot revolves around Jow, a workaholic who always worries about pleasing his wife (Holder) and superior (Church). His submissive life turns upside down when his friend Clete (Colm Meaney) asks him “Why? What are we doing with our lives?” All of a sudden, he finds himself at the opposite end of the power spectrum, fighting against a vicious scheme to disrupt their years of hard work. Other cast includes Rhys Mitchell, J.R. Starr and Amy Shiels. ‘The Happy Worker’ is executive produced by master filmmaker David Lynch while his regular collaborator Duwayne Dunham, who is known for ‘Twin Peaks,’ directs the flick, reports Deadline. ‘The Happy Worker’ kick-started production in August 2018 in Utah. The blockchain entertainment studio SingularDTV will release the movie through its blockchain-powered platform soon.

Based on a true story, the upcoming period drama ‘The 24th’ revolves around the Houston Riot of 1917. Thomas Haden Church will be seen alongside Trai Byers, Bashir Salahuddin, Aja Naomi King, Mo McRae, Tosin Morohunfola, and Mykelti Williamson in the movie. The plot reportedly follows the all-black Twenty-fourth United States Infantry Regiment which waged a bloody mutiny against the brutal violence and discrimination of Houston cops. 156 African American soldiers of the regiment raised up in arms and the rebellion lasted two hours. The clashes claimed the lives of nine civilians, four cops and two African American soldiers. In the longest murder trial that followed, the court sentenced 19 rebels to capital punishment while 41 men got life sentences.

Thomas Haden Church plays the character of Col. Norton in the movie, which is directed by Kevin Willmott from a screenplay he co-wrote with Trai Byers. Willmott’s last outing was ‘BlacKkKlansman,’ which earned him an Academy Award for Best Adapted Screenplay along with Spike Lee. ‘The 24th’ is produced by Alexandra Milchan for EMJAG Productions along with Willmott and Byers. Jordan Fudge co-produces and finances the project for his banner New Slate Ventures. No release date has been attached to the movie, which is currently in the pre-production stage. 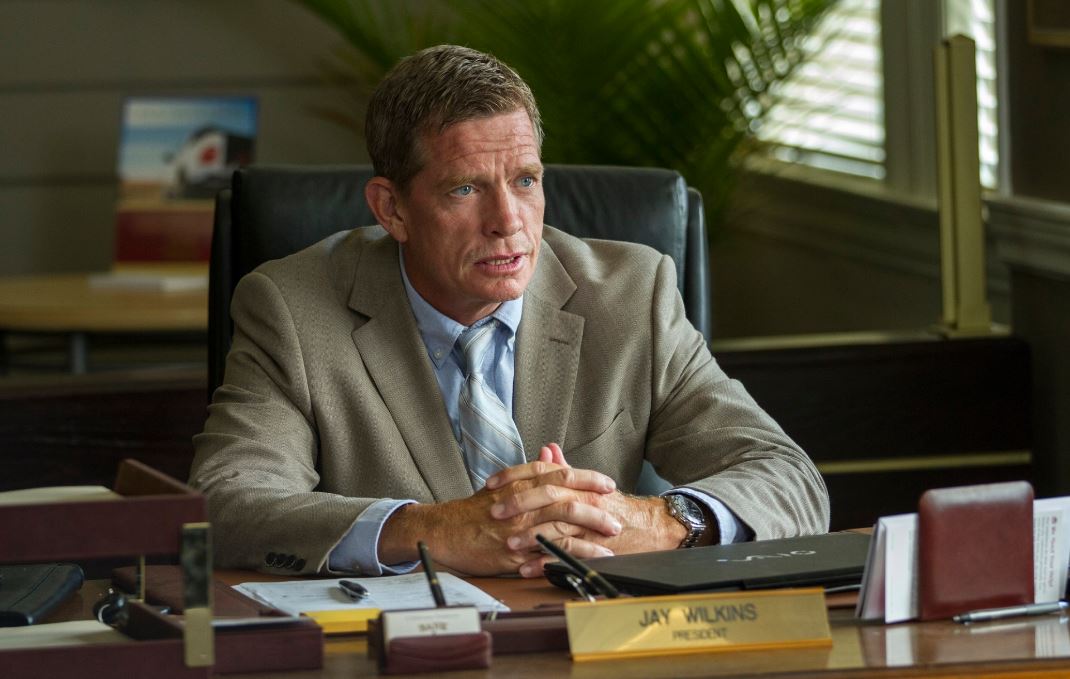 Described as a darkly comedic thriller by Deadline ‘Deception Road’ is a cat and mouse game between life and death. The movie features Thomas Haden Church, Finn Wittrock and Alice Eve in the lead roles. Set in the years that followed World War II, the plot revolves around Oscar (Wittrock), a hitch-hiker who gets a free ride with Hal (Church). But soon, Oscar finds himself in a deadlock of marital tension and deception between Hal and his seductress wife (Eve). The movie is directed by Max Mayer from a script by Dallas Brennan, who produces the film along with Chris Gilligan, Rabinder Sira of Wild Invention Pictures and Michael Goodin of Monolith Pictures. Neil Shroff serves as executive producer and finances the project. Production will start in Utah this summer.