Thunderstorm Artis on The Voice: All You Need to Know 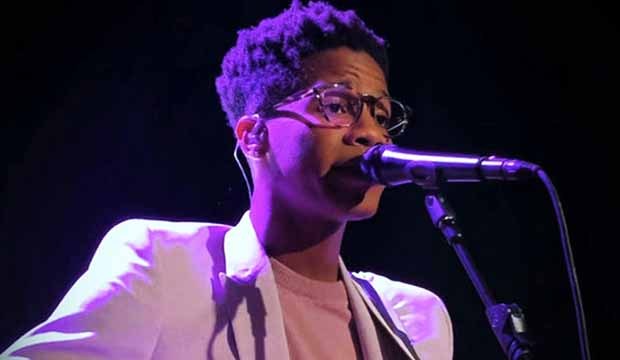 ‘The Voice‘ Season 18 is headed towards an end, and the NBC series has given us some serious talents in the latest installment. Despite the unique presentation, where we’ve seen performers belting out songs from their homes due to the coronavirus pandemic, the overall experience has been cozy and mesmerizing. One of the performers who’s stood out right from the start is Thunderstorm Artis.

He started on Team Legend but was stolen by Nick Jonas in the Knockout Rounds. Ever since the mentors heard Artis performing ‘Blackbird’ by The Beatles, they’ve been sure of his prowess as a musician. Curious to know more about him? We have all the details right here.

Where is Thunderstorm Artis From?

Thunderstorm Artis (yes, that’s his real name) hails from the north shore of Oahu, which is the third-largest of the Hawaiian islands. Specifically, he was born in Haleiwa, which is the North Shore Community and census-designated place within the Waialua District, on the Oahu island. You can check out a picture of Thunderstorm hiking along the Koko Head arch.

Currently, he resides in Tennessee and is of American nationality. Did you know that Thunderstorm Artis performed at Jon Chu’s wedding? The ‘Crazy Rich Asians‘ director saw Artis busking in Hawaii, and was so impressed that he asked Artis to perform at his wedding. Check out Chu’s tweet below.

2. …perform at our wedding . Six months later. He did. If you don’t know his name now… you will. Oh and he makes his debut on The Voice next week. Wow. His destiny is upon us. His name is Thunderstorm. Get ready for the changing winds. https://t.co/p78bEcppfI

How Old is Thunderstorm Artis? Is That His Real Name?

Is Thunderstorm Artis Single or Married?

Thunderstorm Artis is a married man. He recently tied the knot with Faith McMaster. She’s a singer and worship leader from Australia. Artis articulated, “We are still planning a huge celebration in Australia later this year with our friends and family, but we figured with all of This Craziness going on in this world right now, that nothing is going to stand in between our love.” Check out their post.

So @faithmcmaster and I did something special on Good Friday, We decided To Get #Married I am super stoked to call this amazing Woman my Wife. We are still planning a huge celebration in Australia later this year with our friends and family but we figured with all of This Craziness going on in this world right now, that nothing is going to stand in between our love. 4/10/2020

Notably, the two got engaged in February 2020. You can check out a sweet picture shared by Thunderstorm, saying that Faith is the love of his life.

I’m Super stoked to be spending the rest of my life with you @faithmcmaster our story is a really special one and it’s just beginning it’s been one God moment after another I can’t wait to marry you . Thank you so much for loving me and for trusting me with your future, I love you so much Babe 💍 . . . And thanks to my Future brother In Law for the amazing picture @jeziahmcmaster

Who is in Thunderstorm Artis’ Family?

Thunderstorm Artis belongs to a musically inclined family. His parents are Ron and Victoria. Notably, Ron was a Motown musician who’s best known for playing the keyboards in Michael Jackson’s iconic song, “Thriller,” in 1982. Victoria is also a part of the Motown family and has performed with some greats. Unfortunately, Ron passed away when Thunderstorm was 13, causing him to keep a distance from music for a while.

However, he started again, as he’d learned to play instruments like the harp, guitar, and percussion from his father. You can check out his post below, where Thunderstorm speaks about himself and his journey.

Hey My name is Thunderstorm Artis For those of you who don’t really know me. I just want share a little bit about my life with you guys, I am one of 11 children in my family I know! crazy right, and we all play music, I was raised and taught music at a young age by my two amazing parents Ron And Victoria Artis anyone who knew them knew how crazy awesome they were, Everyday growing up was filled with music and beautiful lessons about life and the best way to live it Man! I couldn’t think of two better people to be raised by But life wasn’t all sunshine and rainbows growing up we went through some really highs and some really lows When I was 13 I lost my father and it was a devastating loss for my family And for me as well And I struggled finding my identity afterwards being a young kid just figuring out what life was, And than in a flash everything changed and now I was being raised by just one parent, And at this point in my life I had started to give up music Because instead of it being a source of joy for me it became a source of pain for awhile But then the most amazing thing happened to me one early Sunday morning in church, I learned about the redeeming love of God and how he takes things in our life which were meant to tear us down and instead uses it to elevate us to another level And since then I’ve began to put it into practice with my life through music, and it has become a way for me to openly share some of the hardships that I have been through and Lesson I have learned, through my journey of life and the random thoughts and questions that are resting on my heart. There’s my little spill about my life Just felt I should share it with you guys on this #openthursday Love y’all PC @spirit_artis

He’s one of 11 kids and has five brothers and sisters. Among them are Stephanie, Victor, Spirit, Ron, Stevon, Martis, Kailua, and America. The Artis family has performed together for some time, but eventually, Thunderstorm and Ron Artis II, his brother, formed their act. You can check out an image of the Artis brothers performing.

Wow it had been to long since I was able to perform alongside my brother @ronartisii it brought back so many memories till next time bro see you at the @highsierramusic And it was a total honor playing with my brother @stevonartis and my homie @ernie.ecraela love you guys thanks @hurley for having me #acousticguitar #taylorguitar #eastcoast #nyc #longbeach

Eventually, Thunderstorm decided to go solo and is a featured artist at the Wanderlust Festivals throughout North America. Check out his picture at the festival below.

Just want to give another big shout out to the @wanderlustfest for giving me the opportunity to perform for you guys. Pc. @melissagaylephoto

To conclude, it is clear that Artis hails from a talented family, and is dedicated to his music. His efforts, along with the fine mentoring he’s received, make him a star to watch out for in the future.

Read More: Todd Tilghman on The Voice: All You Need to Know