Netflix’s true-crime offerings are always worth watching out for. But with ‘Tiger King: Murder, Mayhem and Madness’ the streaming giant strikes gold and serves us not just any offering, but a complete buffet worth of the wildest content (no pun intended) you could think of. While the docuseries chronicles the rise and fall of Joe Exotic, it also dives into the Big Cat world in America, exposing us to what really goes “under” in the underbelly of the tiger industry.

The seven part docuseries offers an expansive portrayal of the Big Cat industry in the country, introducing us to the biggest names in the business. But it places Joe Exotic at its center, making him the spine of the complex web of narratives it weaves together. ‘Tiger King’ follows Joe and the ups and downs in his life, and puts his heated and hateful rivalry with Carole Baskin at its forefront.

Things take a dark turn for Joe as he loses his beloved zoo to Jeff Lowe, and is driven to bankruptcy by Baskin herself. His personal life too, begins to spiral as he loses both his husbands. While he finally finds love in Dillon, life has other plans for him. The ending of ‘Tiger King’ explores the ultimate dethroning of Joe Exotic. But more importantly it sheds light on a war in which everyone lost. 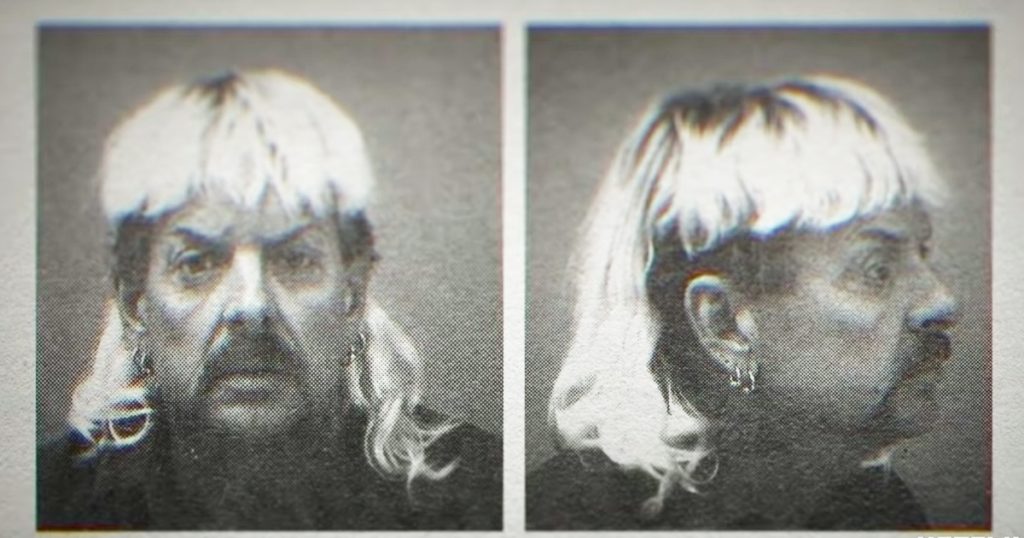 Joe Exotic’s arrest and conviction are filled so many and twists and turns, that you do not who to trust. James Garretson, who knew Joe through Jeff Lowe, learns about their plan of plotting Carole’s murder, and turns side. Instead, he becomes a primary informant for the FBI who’re already investigating Joe. It is revealed that Joe Exotic hired Allen Glover, Jeff’s right hand man to kill Carole Baskin in Tampa, and even gave him $3000 for it. However, Glover takes the money and leaves without carrying out the task.

Later, both Lowe and Glover help side with the FBI in the ongoing investigation on Joe. This, however, becomes complicated as not only are both Lowe and Glover convicted felons, they also had a part to play in the murder-for-hire plot. In fact, Garretson later reveals Lowe helped put it all together. But when the law-authorities learn that Joe had actually paid Glover for the murder, and sent Carole’s photos to him, they arrest him. Joe, at the time, was in Florida with his husband Dillon.

On further investigation against, it was revealed that he shot five tigers in his zoo. There were ultimately about 19 charges against him 2 of which were on the murder-for-hire plot, 5 were on the shooting of the five tigers, and remaining were based on the sale of tiger and lion cubs.

Joe maintains his innocence and claims that he was set up by Lowe for the murder-for-hire plot, and that he did not kill those tigers, but euthanize them. However, his own employees, including John Finlay, his ex-husband who was married to him for 11 years, testify against him. Joe Exotic was ultimately sentenced to 22 years in prison on all 19 charges.

“I am in a cage. Do you know why animals die in cages? Their soul dies.”

The final chapter of ‘Tiger King’, aptly titled “Dethroned”, begin with Joe Exotic saying the above lines, which sum up the ending quite well. The last episode of the series looks at the aftermath of Joe’s conviction, and traces it back to his beginning in the trade. His conviction is met with multiple reactions. Several individuals, including his former employees believe he wasn’t the only one at fault.

John Reinke says that he believes Joe wouldn’t have ended up in prison if he wasn’t pushed, while Joshua Dial clearly states that Jeff Lowe set Joe up. Doc Antle too calls him a “poor dolt”, and believes he was set up. Garretson too knows that Lowe was involved in some degree in the murder-for-hire plot. It becomes increasingly strange as Lowe does not testify, while Glover allegedly lies on court. However, the truth remains that whether or not Joe was pushed, he did do what he did.

Tiger King Ending : Everyone Has Lost in This 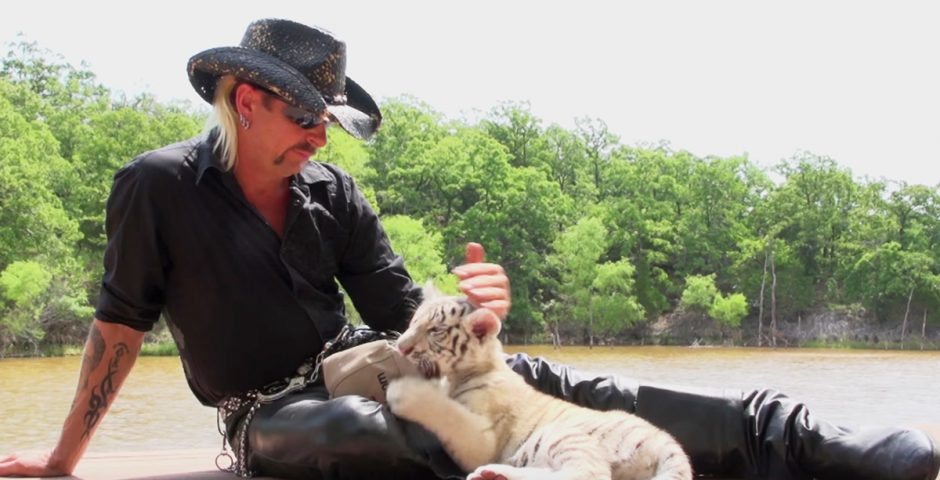 Joe Exotic also has quite a tragic end with the final chapter. He has no one to support him at the court as even his most loyal employees and friends turn up to testify against him. His only support system seems to be Dillon. Apart from Joe, the final chapter looks at how everyone else moves on with their life. Lowe partners up with Tim Stark for a new zoo in Thackerville, but things eventually go sour between them.

Joe seems to be falling apart after his conviction, and begins to help one of his biggest rivals, PETA. He becomes an informant for Brittany Peet from PETA and gives her dirt about everyone involved in the business. What stands out about the ending is that the employees of G.W. Zoo get the final word. And it is through their voice(s) that ‘Tiger King’ appeals to our conscience.

It is Kelci who states that everyone involved in the feud was a so-called “animal advocate”, yet no animal benefited from this war. While Joshua says that everyone lost in this, and how millions and millions of dollars were spent in court and during the investigation, yet none of it was used where it was for wildlife conservation. What started as a noble fight to end big cat breeding and selling, ended up becoming a petty personal feud. Everyone involved lost sight of what the actual purpose was.

For Joe, it was his own desire for fame and money, and his hateful rivalry with Carole Baskin that cost him everything. In the final scenes, Rick Kirkham reveals that he believes Joe started out with a good purpose, and the ending takes a look at some footage from Joe’s early days. In it, surprisingly, Joe appears to be both sensible and sensitive about animal care. He was once even against breeding. This was true in reality as when Joe started his animal park, it was meant to purely be rescue.

This stark difference in who he was and what he is, makes the viewers realize how Joe Exotic became exactly what he was against. Joe’s dethroning, then, becomes a cautionary tale about man’s greed, exposing that if there were any winners in all of this, they would be capitalism and man’s ego. And amidst all this betrayal and rivalry, the real problem remains. America still has around 5000 to 1000 tigers captive, while less than 4000 remain in the wild, worldwide.