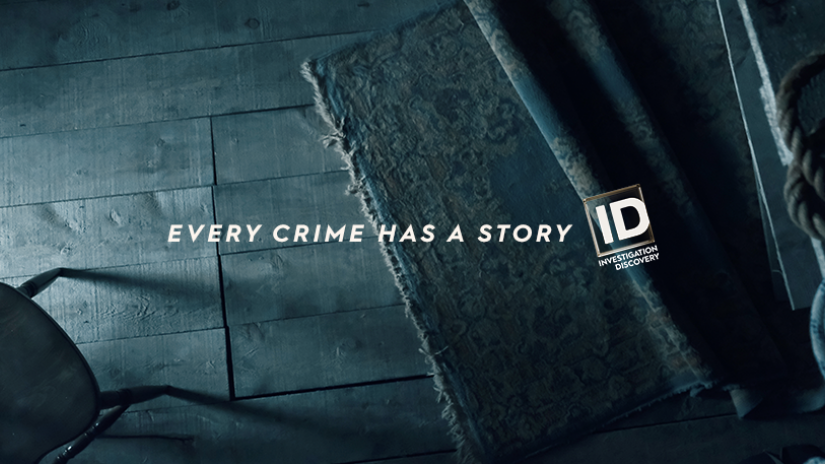 Yes, when love turns toxic, it can result in the inevitable — it kills. There’s no emotion stronger than passion, and it is sometimes so unbearable that it can drive someone to murder. Investigation Discovery’s crime documentary series ‘Til Death Do Us Part’ tells the real-life stories of couples who didn’t have the patience to wait for a divorce or culminate their wedding vows. They instead decided to end it themselves — driven by rage, obsession, or paranoia. Get ready to witness some of the most bizarre passion crimes that shall send chills down your spine!

Til Death Do Us Part Cast: Who is in it?

Each episode of this addictive crime show narrates an incident when lovers reached their breaking point and took it upon themselves to finish it all. Every tragic love story is illustrated via split-screen archive and originally-shot material. These are accompanied by interviews of family, friends, law enforcement personnel and potential victims, who were connected to the actual crime.

Til Death Do Us Part Plot: What is it about?

‘Til Death Do Us Part’ gives unsettling accounts of horrible murders that occurred when true love transformed into a fatal attraction. The murder documentary unravels how passion and death collided when these partners reached their breaking point. The motives could be anything, ranging from twisted rage and obsession to mistrust, paranoia, lies, and infidelity. As per the official press statement, ‘Til Death Do Us Part’ is a story about lovers who “embark on relationships that end with a destiny no one expected.” It tries to tell us that murder, “like true love, is written in the stars.”

One of the cases covered in season 1 is the murder of Martin Duram, who died of five bullet wounds in his Michigan home in May 2015. His wife Glenna Duram was also discovered in a serious condition with two gunshots, but she later survived. The couple had met and fallen in love during their teen years. But they eventually went through a breakup and ended up marrying other people. 20 years later, they again reconciled and married. However, after a shocking twist, when their African Grey Parrot started repeating a conversation that took place before the murder, the police convicted Glenna.

In another episode, we see Ashlee and Emmett who had first met in Utah State University and immediately fell in love. They married with in six months. However, their vows were soon put to test after six years when they had five young kids and a thriving business. Unable to handle the rising pressure in their relationship, the pair ended up in a violent encounter. Another episode dives into the lethal romance between Matt and Niqué Leili. The pair started dating online and came together to create the perfect blended family. However, eleven years later, with a crumbling marriage and the strain of a demanding career, their seemingly ideal relationship were shattered to pieces.

In another episode, Jason and Stephanie McClurg, both single parents and coping up from broken marriages, decided they were inseparable soulmates when their paths crossed. Gradually, post a series of misfortunes and tremendous pressure on their marriage, the pair’s picturesque romance crumbled permanently.

The religious Dr. Mark Wangler and Kathy had a 29-year marriage, two sons, and financial stability. However, a desperate 911 call from the family’s residence in Lima led the detectives to believe that there had been a tragic accident. Further investigation unraveled a case of a broken marriage torn apart by dirty secrets, lies, and religious fanaticism.

Curt Thorngren and Donna Vetter’s (a devoted Christian couple) vows, after a wedlock of 22 years, culminated in a brutal slaying. When the cops dived deep into the incident, they uncovered a marriage destroyed by debt, deceit and drug addiction. Hope and Jerry Meek were a happy couple living in Oklahoma. But when Hope started getting suffocated in the small town with kids, gossip, and boredom, she took refuge in Wicca, which is connected to paganism. After a terrible incident shook the region, investigators and cops needed several years to solve the baffling puzzle.

Yet another case is a supposed accident that had occurred in the Texas State Highway 1604 in 2013. The police reached the site to discover a crashed motorcycle and Francis Hall beside her injured husband, Bill Hall Jr. Bill later died in the hospital from multiple injuries. Although the entire incident appeared like an accident at the beginning, it was later revealed that this was a fatal tale of love, infidelity, and deadly obsession.

Til Death Do Us Part Season 2 Release Date: When will it premiere?

‘Til Death Do Us Part’ Season 1 premiered on July 9, 2019 on Investigation Discovery. It consisted of eight episodes and concluded with its finale on August 27, 2019.

As far as the next season goes, we don’t have an official announcement yet. However, considering the exceptionally chilling premise of the series, we would not be surprised if it gets widely appreciated by crime fans. And if that happens, the show has a good chance of getting commissioned for another season. If the show does get renewed, our best guess is that ‘Til Death Do Us Part’ Season 2 release date should follow a summer schedule and premiere sometime in July 2020. We will update this section as soon as we hear more.

Til Death Do Us Part Trailer:

Investigation Discovery has not released a full-fledged trailer for the show yet. We shall add it to this section when it is made available by the network.