‘Time Trap’ follows the story of a group of people who discover a system of caves where time runs differently than the rest of the world. Taylor and Jackie are assistants to an archaeology professor who has spent his life looking for a place where the Fountain of Youth is said to be. He tells them about a group of hippies who claimed that they had seen the Fountain. When he finds the caves, he decides to go it alone, despite his assistants pleading to accompany him.

When two days pass by and he doesn’t return, Taylor and Jackie decide to look for him. They need a car, so they call their friend Cara. She is supposed to go on a project trip with her sister, Veeves, but decides to take her with Taylor and Jackie instead. They are also accompanied by Veeves’ friend, Furby. A bit of looking around reveals that Hopper didn’t come here in search of some hippies. His own parents had vanished there, and hence, his obsession to find them. Perhaps the mention of so many missing people should have made them stop. But no, the group descends into the caves and makes a startling discovery that changes their understanding of time and space.

How Does Time Work in the Caves? 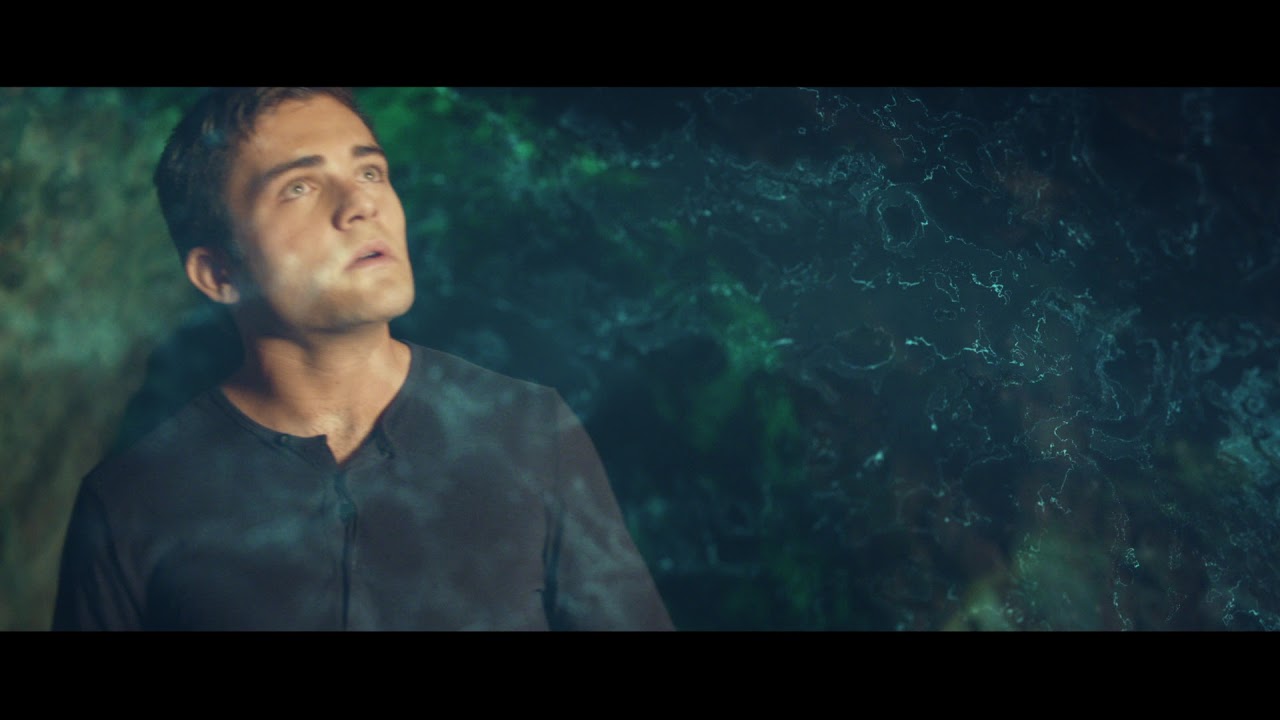 When Professor Hopper stumbles upon a strange man in the caves, he decides to pursue him. From the looks of the man, we can tell that he doesn’t belong to our time. He has a gun that was used a long time ago and his attire is also very different. Hopper sees him, goes back to town, talks to his assistants, collects his things and comes back with his dog. And yet, the man is still there. It is as if he is stuck there. But, as soon as Hopper enters the cave and crosses an invisible but palpable layer of moisture, the man goes back to normal speed. Behind Hopper, we notice a strange dance of light. It is as if someone is constantly dimming and brightening the entrance of the cave with a huge flashlight or something. We mark it as off and move on.

A few days later, when his assistants return, with three more people, they experience something similar. By now, we know that something massively weird is going on. This time, due to the height difference, we get to see the sun moving around. So, we know that a number of days have passed. However, the actual scale of the change in time becomes clear sometime later.

After they find themselves trapped in the caves and hear Furby’s voice that doesn’t quite seem like his, they move further inside. They discover that Furby had tried to get in with a rope which was cut down by someone the same way theirs had. However, after looking at his tapes, they realise that the time outside the caves is running at a very fast speed. Because both Taylor and Jackie are wounded, only Cara and Veeves are left to find a way out and call for help. And because Veeves is younger, Cara decides to go. She climbs up the same way they came down and comes out to find a completely different place.

Before they had left, it was full of trees and there were cars and other things. But now, everything is wiped clean. There is no sign of vegetation and even the air feels weird, Cara has difficulty breathing and as if that wasn’t alarming enough, she watches a huge dust storm heading her way. Unable to call for help, she goes back inside but is rebuked by others for not even trying to get out of the cave. This is when the actual picture falls into place. While she had been outside for about thirty minutes, only a couple of seconds had passed in the caves.

What’s happening here is this. The layer of moisture that they cross serves as a boundary that separates the outside world from the caves. It is sort of a wormhole that allows you to enter a place where time works slower. And that’s not the only boundary. As you move deeper into the caves, there is another layer that reduces the rate of time further. So, if in the outside world, you have been waiting for someone for a day, inside the cave they have spent only minutes.

And for those who choose to enter the second boundary, which is considerably thicker than the first, Time becomes exponentially slower. Its speed reduces to the point that years and years will pass outside its periphery and you’ll not even be able to take another step by then. And it is after you cross this boundary that you reach the Fountain of youth. All the people who tried to cross the second boundary have been slowed down to such extent that they haven’t been able to move even their arms. This is why we can see all the people, from Hopper’s sister to the regiment sent by the queen to the Neanderthals who tried to get to the fountain. The cycle of dim and bright outside is not days passing, they are years. And considering how frequently it is happening, a couple of hours means a couple of years.

The Timeline of Time Trap 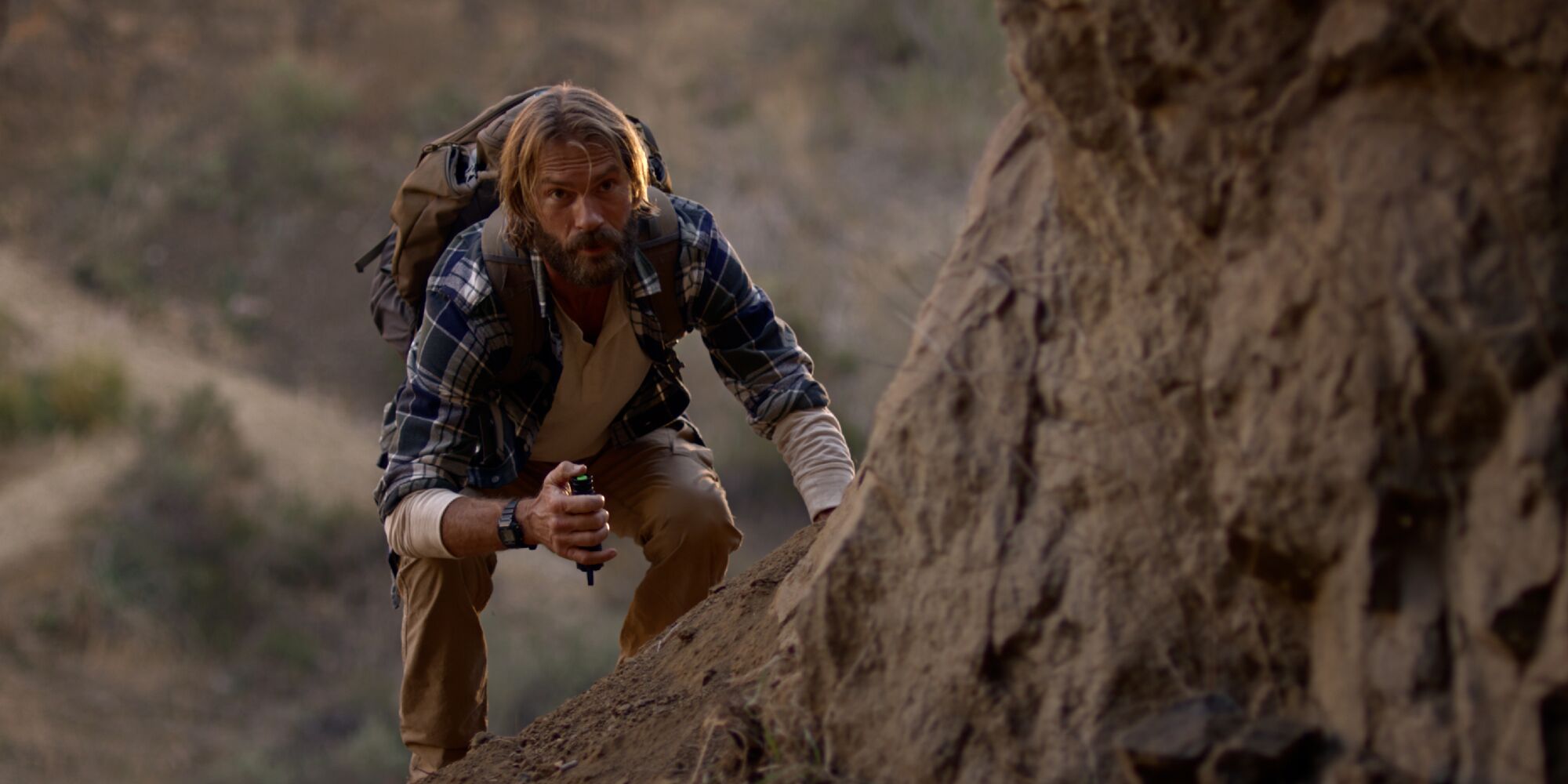 The story starts with one man. Then five get involved. And then suddenly, more and more people start to appear out of nowhere. This can make things confusing, so here is a clear timeline.

Thousands of years ago: The Neanderthals enter the cave and are trapped there.

Hundreds of years ago: After being fascinated by the stories of the locals, the Queen sends a group of people to locate the Fountain. They find it but are stuck in the second layer.

The day Hopper enters the caves: Hopper discovers an entrance to the caves and sees a man stuck there. This is the same man who is entering the cave 50-100 years ago. Since he is passing the wormhole, the time has already begun to slow down for him. As soon as Hopper crosses the wormhole, they are at the same time. Inside, the older men come across the Neanderthal and are killed by them. Hopper hears the gunshots and rushes out of the cave.

Two days after Hopper goes in the caves: His assistants are worried about him and decide to follow him. Out of the five, Furby is left outside, while the other four go inside.

Three days later: Furby has grown impatient and is scared because he has no connection with his friends. He accidentally finds Hopper’s rope and decides to enter the caves. By now, only a couple of minutes have passed inside, so they are not worried about him. As soon as he enters the cave, he crosses the wormhole and time begins to play its trick.

A few years later: Hopper rushes out of the cave after hearing gunshots but finds that it is night and his dog is nowhere to be seen. His car is covered in shrubs. He finds the car that his assistants came in and decides to go back inside the cave.

About a thousand years later: The Earth is completely destroyed. The air is unbreathable and nature is decimated. Humans now reside on a spaceship that floats above the Earth. This is when Cara comes out of the cave.

A couple of years later: Humans, who have evolved into something else now, find a way to come back to Earth. Somehow, they know about the Fountain of youth and send someone to collect a sample. This person has a fixed time limit within which he should collect the sample and come back. However, he is delayed while saving Taylor. This is when the group discovers the nature of the water there. Taylor finds Hopper, who had entered the cave way back when. He was attacked by the Neanderthals and is barely holding on to dear life.

By now, the group knows that they have no chance against the savages, so they use the ladder used by the evolved human to escape. However, by now, hundreds of years have passed and the entrance of the cave has been sealed by water. Cara is saved by the evolved humans. She comes to know everything about the new world and comes back to save her friends who are hung mid-air because not even seconds have passed since her disappearance.

In the end, we see that at least a couple of thousands of years have passed. The evolved humans are basically aliens, now. They know that sending someone inside and bringing back the group will only waste more time. So, they have automatic ropes that search for their targets and bring them back in what is a matter of seconds, at most minutes, inside the caves. They have also succeeded in harvesting, if not replicating, the water. Furby, Hopper, his parents and sister are all brought back to life. They are now on the bigger spaceship that is headed towards the new Earth, or whatever they are calling it.

Basically, there is no going back for the characters now. They have to accept their reality and move on. Since they are now, what can be called, the Ancients, they are practically royalty. They are Neanderthals to new humans but are revered because of their time in the cave and for surviving for so long after humanity as they knew it had perished.

Another reason they are being treated like gods is maybe that they have become gods now. The Fountain of Youth is known for its healing qualities. But what if, it also slows down ageing. What if, it slows down the ageing of everything that comes in contact with it. Even time. This is where the reason for the caves being a time trap comes to light. It is because of the Fountain. The closer you get to it; the slower time gets. The second layer where everyone was stuck was very close to the Fountain. Also, remember how everyone said that they could feel the moisture in the areas that acted like wormholes. That moisture is the water from the fountain. It has collected at the entrances and has formed a layer, hence the increased density in that area. These water drops have the power to slow down time and that is exactly what they are doing in the entire cave system.

Because Furby, Cara, Veeves, Jackie, Taylor, Hopper and his family have been in touch with the Fountain, it could be that their body clock has slowed down so much that they will never get older. And hence, might even be immortal.

Read More in Explainers: We Have Always Lived in the Castle