Will There be a Timeless Season 3? 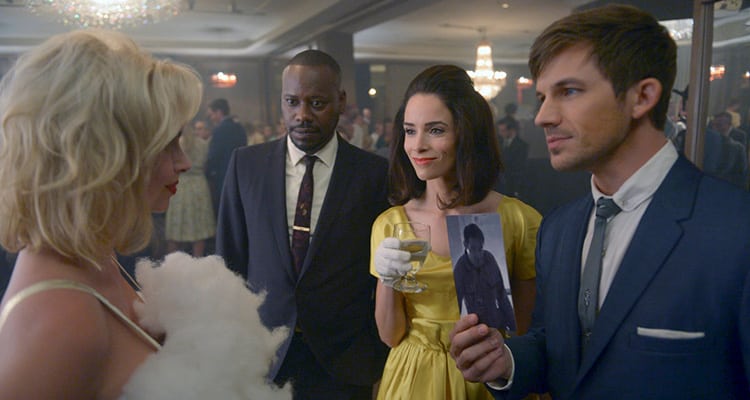 Timeless is the brainchild of creator Shawn Ryan, most popularly known for his work on The Shield (2002-08) and The Chicago Code (2011), and Eric Kripke who is known for Supernatural (2005) and The Boys (2019). The American science fiction time travel drama premiered on NBC on October 3, 2016.

The story revolves around the undertaking of a team that plans to sabotage the attempts of an organization, which is hell-bent on changing the course of history with the help of an experimental time machine.

The show has had two successful seasons so far. Now the question is, will there be a Timeless season 3? We will delve into that question, but first, let’s quickly look into the details of the series.

Timeless Cast: Who’s in it?

The main cast of Timeless is made up of some prominent names who are working on television today. Abigail Spencer of Mad Men (AMC) and Suits (USA Network) fame leads the cast as Lucy Preston, who is the leader of the “Lifeboat” team and is a professor of history.

Matt Lanter plays Master Sergeant Wyatt Logan. After serving the U.S. Army Delta Force as an operative, Logan now serves as a soldier of the “Lifeboat” team. Lantner’s previous works include 90210 (CW) and voice-over of Anakin Skywalker in Star Wars: The Clone Wars.

Malcolm Barrett plays the role of Rufus Carlin. Carlin is a programmer by profession and pilots the “Lifeboat” team. Barrett previously had a supporting role in the Prime Video hit series The Boys. Connor Mason is portrayed by Paterson Joseph (known for Casualty, BBC One). He is the head of Mason Industries.

Sakina Jaffrey, who had a supporting role in series like Mr. Robot (USA Network), House of Cards (Netflix) and American Gods (Lionsgate Television), plays the role of Denise Christopher. Denise is a Homeland Security agent and at the helm of the ‘’Lifeboat” Team. Claudia Doumit from Supergirl (CW) plays the role of Jiya Marri, a young and gifted coder working at Mason Industries.

Timeless Plot: What is it about?

In season one, the crisis in the series is introduced with the stealing of the state-of-art time machine, by one of the most dangerous fugitives, Garcia Flynn. The Government of the United States assigns the task of delivering the world from the imminent crisis to a team of three- Lucy Preston, a history teacher; Wyatt Logan, a soldier; and Rufus Carlin, a scientist.

The team pursues Flynn through the timeline, revisiting critical historical events, which Flynn aims to alter. The team’s objective is to prevent such alterations that would create paradoxes that would obliterate the present time. They travel through various landmarks events in history- from Lincoln’s assassination to Nazi Germany, to The Battle of Alamo, and so on. They come across figures like Harry Houdini, Bonnie, and Clyde. The team faces the dilemma, where they deliberate over the idea if it is right to change the course of history if they change it for better.

Through several confrontations between the team and Flynn, his idea behind the undertaking slowly unravels. At several points, they have to compromise and bargain with each other to achieve their respective goals maintaining their rivalry. Meanwhile, the criminal organization known as Rittenhouse emerges as an influencing agency in the narrative, foreshadowing a greater complexity that would be dealt with in the second season.

In the following season, Flynn, the former nemesis, joins the team and works with them. Rittenhouse becomes the nefarious nexus of all the complexities that develop. Historical events like The Salem Witch Hunt are revisited in this season, where the members of the team along with Flynn rallies together in order to save Lucy who’s branded as a witch, along with all the other women.

The series allows not only the scope to revisit historical incidents but through the active participation of the characters, accommodates a re-imagination and re-interpretation of these critical events. In the end, seasoned and battle-hardened Lucy and Wyatt come to the team from the future, providing them with an opportunity to save Rufus, who had died recently.

In the second season’s finale, the future teams from 2023 provide them with the insight that Rufus would be imperative to the defeat of Rittenhouse. Rufus is saved by altering events from history. The group finally defeats Rittenhouse. A glimpse from the future shows the characters living in normalcy. They go back to 2014 to ensure the bootstrap paradox of their time travel, the year when Flynn’s mission against the Rittenhouse is germinated; causing a chain of reactions that would lead to their future.

Timeless Season 3 Release Date: When will it premiere?

As far as a third season goes, the story finally comes to a conclusion with a two-part finale that aired on December 20, 2018. So, as of now, there are no more episodes of Timeless happening in the future. In fact, the series was axed twice, once on May 10, 2017, and then in June 2018. The second time was deemed as the final decision. Having received below-average ratings, NBC decided to pull the plug on the title. Hence, Timeless season 3 stands cancelled, unless there is some very good reason that deters NBC’s decision or if the hard-fought campaign by fans all around proves fruitful.

Timeless also ran into trouble with the laws of copyright and infringement when it was claimed that the concept for the show had been picked up from a Spanish series by the name of El Ministerio del Tiempo (The Ministry of Time).

The second season of the show ends on a cliffhanger and was followed by a two-hour movie in December 2018, which serves as the conclusion to the series. Timeless is one of the few shows in the category that is enjoyable and cancelling it may come as a huge blow to fans, but there’s still hope. So, let’s wait it out. The story might be continued at some point in the future in the form of a spin-off or prequel.

As of now, the series is available on DVDs. It can also be streamed on Netflix in some countries. Those who haven’t watched the hit series yet now is the time. Watch the trailer for season 1 below: