When Will Tin Star Season 3 Premiere? 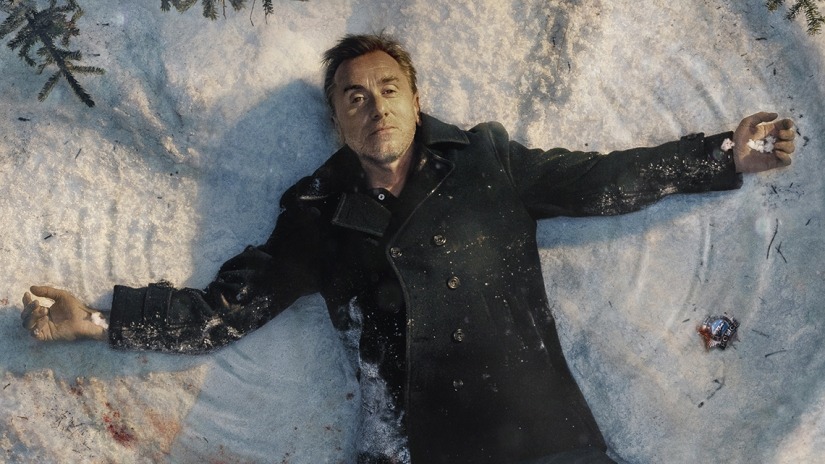 Tin Star is a British-Canadian crime drama that first premiered on September 29, 2017 on Sky. The series became available in the US on Amazon Prime. British writer and director, Rowan Joffe is the creator of the show. The show has been mainly shot in the Calgary suburb of High River, Alberta.

The series’ interesting premise is based on the character of Jim Worth, a gentle and generous former chief of police who assumes a less important position in a secluded town to escape his troubled past. he moves in with his family of four. But, soon enough, his past catches up with him and gives birth to his alter-ego, Jack Devlin, a raging alcoholic who brings devastation on the city.

After two successful seasons, fans are curious about its third season. Here’s everything we know about Tin Star season 3.

Tin Star Cast: Who is in it?

The main characters and cast members of the Tin Star include the following:

Jim Wortha, played by Tim Roth, is a former Metropolitan Police detective and the new Chief of Little Big Bear Police. Wortha slips into his violent alter ego Jack Devlin under the influence of alcohol.

Elizabeth Bradshaw, played by Christina Hendricks, is Vice President of Stakeholder Relations for North Stream Oil. Bradshaw has the job of trying to maintain a peaceful working relationship with North Stream and the local populace, this is made difficult by her dispute with Chief Worth. She often finds herself on morally ambiguous ground.

Angela Worth, played by Genevieve O’Reilly, is Jim’s wife.

Anna Worth, played by Abigail Lawrie, is Jim and Angela’s daughter.

Frank Keane, played by Ian Puleston-Davies, is a criminal figure from Jim’s past; uncle of Whitey.

Simon “Whitey” Brown, played by Oliver Coopersmith, is Frank’s nephew with a past connection to Worth.

Constable, later Chief Denise Minahik, played by Sarah Podemski, is a First Nations officer with Little Big Bear Police, and second-in-command to Chief Worth. She is also in a secret relationship with Constable McGillen.

Constable Nick McGillen, played by Ryan Kennedy, is a junior officer with Little Big Bear Police and is in a secret relationship with Constable Minahik.

Randy, played by Lynda Boyd, is the owner of Randy’s Roadhouse, a bar and later strip club; partner of Frank Keane. Jaclyn Letendre, played by Michelle Thrush, is a member of the Ipoh Taman tribe who relocates to the Musqwa reserve.

Tin Star Plot: What is it about?

Season 1 starts with Jim Wortha, a police detective,  moving with his family to a small town at the edge of the Canadian Rockies to become the new police chief and lead a quieter life. However, following conflicts with the chief of security for the North Stream Oil, a multi-faceted corporation that has a monopoly over the town’s operations, his past catches up with him, leading him to resuscitate his violent alter-ego to protect his wife Angela and his daughter Anna after his son is killed.

Season 2 continues thrilling storytelling and picks up with Anna’s parallel storyline. After refusing to live with her family, the youngster travels to Little Big Bear, a neighboring small community and starts living with a different family, who harbors their own dark secrets. Season 2 ends with Jack, Angela and Anna preparing to flee back to England on false passports, but Jack receives an unexpected delivery containing photographs of his loved ones. Aware that the threat against him is edging ever closer, Jack approaches the colony for help in slaying all of his demons once and for all. As Jack’s past finally comes back to haunt him, he executes his plan of action.

Season 3 is being shot in Liverpool, England, which should give you a hint that it will track Jack and his family’s return to England and life thereafter.

Tin Star Season 3 Release Date: When does it premiere?

Tin Star Season 2 premiered on January 24, 2019 on Sky and March 7, 2019 on Amazon Prime. The good news for the fans is that the show has been renewed for a third and final season. In a press statement, creator Rowan Joffe said “A show creator and writer’s work is only as good as his team: and I am very grateful to have another chance to write for Tim Roth, Genevieve O’Reilly and Abigail Lawrie – and executive producer Alison Jackson, An awe-inspiring roster of talent and a chance to deliver our best season yet.”

Though a release date hasn’t been announced, but out guess is that just like Season 2, Season 3 is also going to take 15 months of production work. That means we could see Tin Star Season 3 release sometime in May or June, 2020.

While we wait for season 3, check out the trailer for season 2 below. We will update this section with the latest trailer as soon as it becomes available. Meanwhile, head over to Amazon Prime or Sky to catch all the episodes of previous seasons.