Everything You Need to Know About ‘To All the Boys 3’

‘To All the Boys: P.S I Still Love You’ is the second film in the series that is based on the novels of the same name by Jenny Han. One of the most popular movies on Netflix, it has catapulted the careers of its leads, especially Noah Centineo who has become a teen heart-throb. The films added to the craze of an already popular story, and to witness their beloved characters on the screen brought a lot of viewers to Netflix. The critical success and immense popularity of both the films beg the question: will we have another instalment? Here’s the answer. 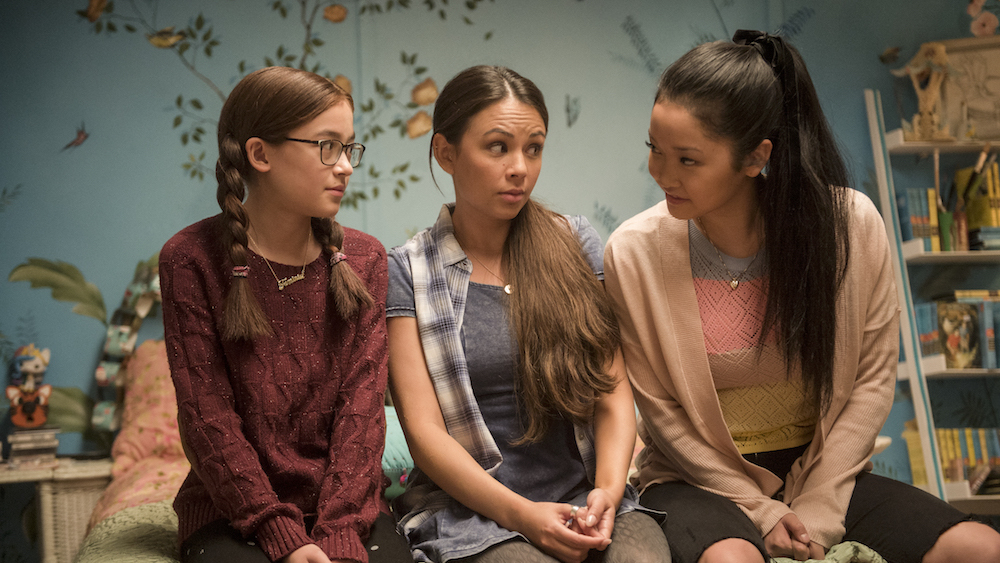 Lana Condor and Noah Centineo reprise their roles as Lara Jean and Peter. LJ’s sisters Kitty and Margot are an important part of her life, and so is her father. This means Anna Cathcart, Janel Parrish and John Corbett are definitely returning. We expect the same from Madeleine Arthur (Christine), Trezzo Mahoro (Lucas) and Emilija Baranac (Gen).

Ross Butler joined the cast in ‘P.S I Still Love You’ as Reggie. We expect him to hang around as well. Lara Jean’s father’s love interest, Trina, is another character to be introduced in the second part, which means Sarayu Blue is also a part of the cast for the final film. Holland Taylor’s Stormy is also expected to make a return.

While almost every cast member is set to return, we can’t say the same about Jordan Fisher. His character, John Ambrose, leaves things on a very conclusive end with Lara Jean. In any case, we won’t rule out the possibility of a cameo.

To All the Boys 3 Plot: What’s it about?

By far, we have seen two contradicting personalities falling in love, and we have seen them pass the hurdle of a love triangle. What more does the story have to offer now? Well, all that we saw for Lara Jean and Peter was still, more or less, childish stuff. The real problems begin when you leave school and start your life as an adult.

Lara Jean and Peter make a clear decision about where they are going to be for college. Peter receives a lacrosse scholarship and, with no other options at the time, Lara Jean finds it best to stay close to him. But then, one of her dream colleges opens up its doors for her, and now’s the difficult part. The third book in the series, on which the films are based, revolves around this conflict. Lara Jean has to make some difficult choices. Will her relationship with Peter survive under the pressure of this choice?

To All the Boys 3 Release Date: When will it premiere?

‘To All the Boys: P.S I Still Love You’ released on Netflix on February 12, 2020. Generally, the streaming service takes a month after the release to confirm a sequel, however, with ‘To All the Boys’ they were already pretty confident. The third film was greenlit along with the second movie.

Two months after the production wrapped up for ‘P.S I Still Love You’, the production for the third film, to be titled, ‘Always and Forever, Lara Jean’, began. While appearing on the Jimmy Fallon show, Lana Condor, the lead actress, confirmed the status of the film. “Yeah, we finished shooting it. It’s done. We shot 2 and 3 back-to-back.”

The confirmation was also given by Netflix and actors, Condor and Centineo, on social media platforms.

The filming has already wrapped up for the final film in the trilogy, however, Netflix has not yet fixed any official date of its release. The time span between the release of the first and second film was two years, but we don’t expect the wait to be longer for the next film. Netflix could surprise the fans and release the film sometime later this year, maybe during Christmas. If not that, then we expect To All the Boys 3 to be release sometime in February 2021, most probably around Valentine’s Day.