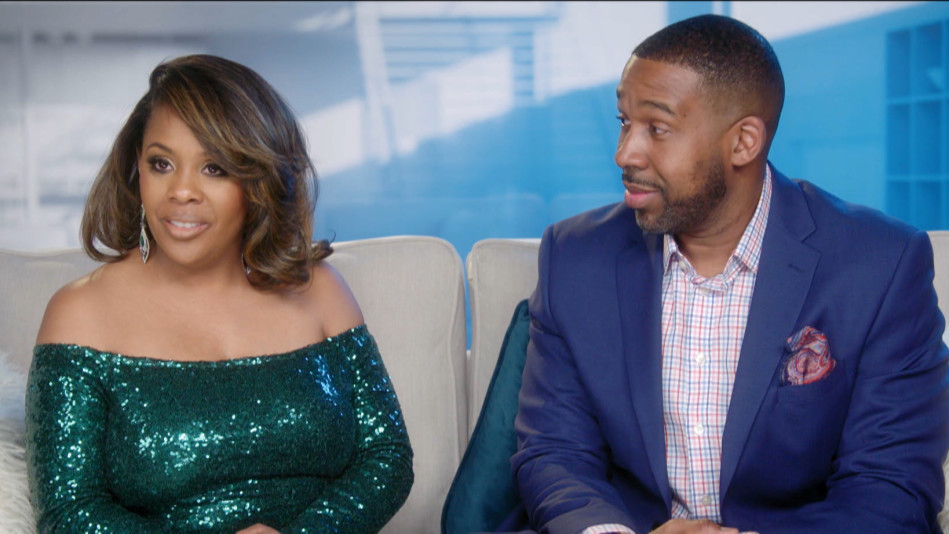 Relationships lead to marriages — yes, this is the universal truth (mostly!). But what are the ingredients that hold this bond together? What is required to ensure that a marriage lasts a lifetime? Well, Oprah Winfrey Network‘s reality TV show, ‘To Have and To Hold’, tries to give answers to these very questions. Lending a candid look into the lives of five prominent African-American couples in Charlotte, North Carolina, this reality TV series first premiered on OWN on June 1, 2019. Produced by Truly Original, it has Steven Weinstock, Glenda Hersh, Lauren Eskelin, Stephen Mintz, Lucas Howe, Shari Ortner, and Wendy Credle as the executive producers.

‘To Have & To Hold: Charlotte’ revolves around five high-powered couples residing in the city. Below is a brief introduction of each pair who appears on the show. The Socialites, Yandrick and Alane Paraison, love to host extravagant social parties and gatherings. While Alane is a hair stylist, Yandrick is employed as a Senior Consultant and Entrepreneur. The couple has been married for 15 years now and is blessed with four children. However, it is difficult for the duo to maintain their professional, social, and personal lives. Since they are the center of Charlotte’s social scene, they always have their dates full and are constantly in the company of their large circle of friends and acquaintances.

The DINKS: Darhyl and Christine Pulley, enjoy a generous double income but they have no kids. Most of their days are spent partying by the waters of Lake Norman. With a life filled with passion, fun, and affection, Christine works as a senior communications consultant and Darhyl is a wealth manager. They had married 10 years back and are still going strong. Owning a 6,000 square foot lake home and fancy cars, this successful 30-something couple has it all. The only issue that’s bothering them is that Darhyl wants to start a family. But Christine is not quite sure if she wants to take up motherly responsibilities yet.

The Empty Nesters: Clinton and Ursula Douglas, currently have their huge house all to themselves with their kids having left home to pursue their dreams. Now, with so much peace and quiet, the couple can practice yoga and concentrate on vegan food. Clinton and Ursula, both had come out from divorces with their previous spouses and have been married to each other for 13 years. However, Clinton, a senior IT professional, and Ursula, a nurse practitioner, both have different ideas about how to spend their leisurely hours. While the former prefers to stay indoors with his whiskey and cigar, the latter wants to explore and live her dreams.

The Modern Family comprises Joshua Anglero, Juliana Gutierrez-Anglero, and Peter Carey. While Joshua is an IT Specialist, Peter works as a PR consultant. The duo currently is deciding to get married. However, divorced Josh has two kids with his ex-wife, Juliana. All the three, hence, live together and try to respect each other’s individual space. But sometimes, things do get complicated.

The Power Couple: David and Judge Ty Hands, have been married for 11 years and enjoy a special bond of care, love, and dedication. But even the most perfect relationships have their rough patches. Tyyawdi is a district court judge and David is a Transactional Attorney and raising two young kids amidst all the professional stress that is seeping out the romance from their lives.  Now, the couple has to decide on how to tackle these issues and take their relationship ahead.

To Have & To Hold Plot: What is it about?

As it must be clear by now, ‘To Have & To Hold: Charlotte’ introduces us to five high-powered couples, who are somehow interlinked to each other. The show chronicles their efforts as they try to maintain their marriages despite problems such as layoffs, pressures to expand their families, and declining romantic sparks. It also focuses on African-American successes, friendships, relationships, and love. It gives us real insights into the nuances of long-term relationships.

Once people get married, they need to tackle a myriad of challenges. These include financial stress, waning intimacies, and parenthood struggles. And these are the aspects that the show tries to highlight. As the episodes unravel, we witness that the featured couples love to let loose and have some fun. Sometimes, they also have differences in opinions. But toward the end, they are always ready to do anything for each other. So, what happens with these couples? As relationships come under pressure, will they endure and stick to their marital vows? Or will their love crack under the stress? Watch the show to find out!

To Have & To Hold Season 2 Release Date: When will it premiere?

‘To Have & To Hold’ season 1 premiered on June 1, 2019 as a part of OWN’s Saturday line-up. Each episode of this unscripted series is one hour long.

Now, the next question on your mind must be: has ‘To Have & To Hold’ been renewed? Well, nothing has been announced as of yet, but considering the interesting premise of the series, we would not be surprised if it comes back for at least one more season. And if it does, our best guess is that ‘To Have & To Hold’ season 2 could release sometime in June, 2020. However, we shall update this section as we learn more.

To Have & To Hold: Charlotte Trailer:

Check out this sneak peek from ‘To Have & To Hold: Charlotte’ season 1. Additionally, you can also head to OWN in order to be watch all the episodes of the first season.