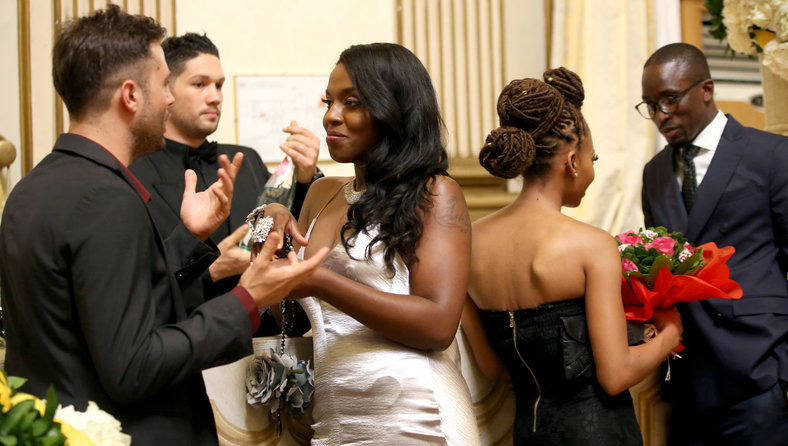 To Rome for Love is an American reality TV show created by Jacqui Pitman where five women travel to Italy to find their true love. Matchmaker Diann Valentine takes five beautiful women named Gina Neely, Mercedes Young, Shay Atkins, Ashley Russell and Nakita McGraw to Italy. Each one of them has a unique love story, but as black women, they have to face many challenges in their dating lives. They reside in Decadent Villa which is located in the heart of Rome. They have to go through a long journey while exploring who they are and what they really want from love.

The show also features two assistants, Christine “Cece” Counts who is a right-hand woman of Dianna and D. Micah Lindsey who always offers a strong male point of view to Diana. Diana organizes everything and helps these five women to get Rome’s most eligible bachelor. She plans one on one dates, excursions to the city, a trip to Pompeii, sightseeing, tasting wine, night strolls on roads and more. Everything sounds as sweet as gelato, but it is not as easy at it seems for these single ladies. They have to fight an emotional battle, face their fears, get past their heart-rending baggage, try to open themselves up to their dates, and appreciate cultural differences. They also have to give a chance to their opposite partner to ignite the spark. The first season was released on 7th January 2018.

To Rome for Love Season 2 Cast: Who is in it?

To Rome for Love Season 2 Plot: What is it about?

In the first season, Shay is introduced to Roberto, and she tries to seek attention from her two suitors. She meets Emiliano and goes on two to three dates with him. Ashley feels like there is a spark between her and a sexy lawyer. She tries to deal with her past and goes on a date with Leo. Later on, she finds out something weird on Leo’s social media and decides to move on. She meets a hot stranger named Alejandro. On the second date, they go to explore a magnificent vineyard. Soon Ashley decides to take big steps in their relationship. At the start, Gina has some trouble finding a base. She meets Dario, a true gentleman and feels connected to him. A few days later, she finally talks about her past to the girls. On her 52nd birthday, the girls decide to make her day special. Mercedes wants a faithful man who should also believe in Jesus. Nakita goes on her fourth date with Alberto, and he reveals somethings which surprise her deeply. In the last episode, Diann gives one more chance to the girls to make their decisions.

To Rome for Love Season 2 Release Date: When will it premiere?

Bravo is yet to announce an air date and confirm the renewal status of To Rome for Love. The show has gathered a loyal fanbase and has led to fans signing petitions for the renewal of its second season. At this point, however, there isn’t much to go on. Stay tuned for further updates.

To Rome for Love Season 2 Trailer: