When Does To Tell the Truth Season 5 Come Out? 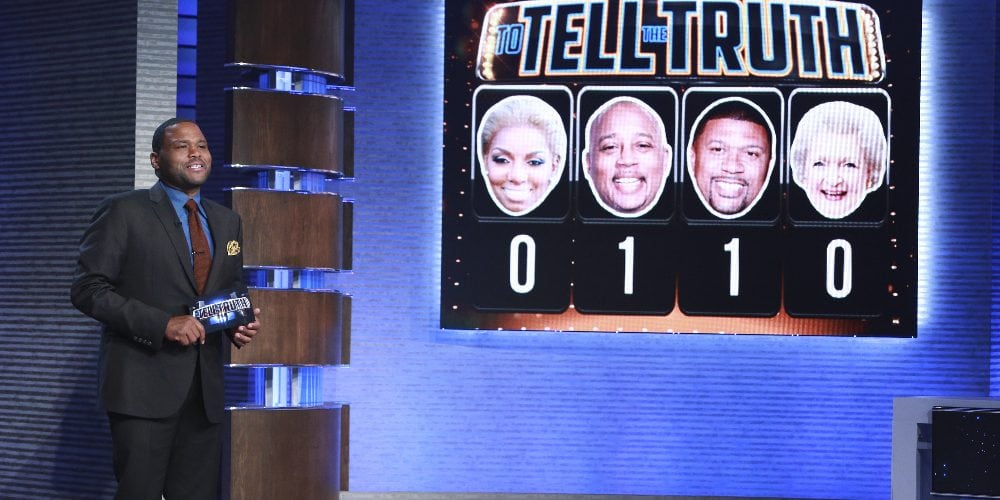 ‘To Tell the Truth’ is an American television panel game show, which features a panel of four celebrities, who try to figure out who is telling the truth about their profession among the three challengers who are presented, by asking them questions. It is one of two game shows in the United States to have aired at least one new episode in at least seven consecutive decades, the other show to do so is ‘The Price is Right’. The show has been created by Bob Stewart in 1956. The current revival of the show airs on ABC and first premiered on June 14, 2016.

The show has in its first run aired on CBS before heading to NBC and eventually to ABC. The way the game is structured is that the questions are posed to the people, two of whom may lie, but the central character cannot. The task is to guess who the central character is and this person’s unusual experience or occupation is laid out to the host of the show. Notably, the addition of the imposter element is seen in other shows like ‘I’ve Got a Secret’ and ‘What’s My Line?’.

‘To Tell the Truth’ has been been a cornerstone of American popular entertainment for some time now, and it has morphed into various forms and been popularized in other countries as well. It has also been made into a board game, a one-person player game that was short-lived, and a video slot machine game. Naturally, the series has a massive fan following and its reboot has spanned four seasons to date. Here’s when ‘To Tell the Truth’ season 5 releases on tv screens.

To Tell the Truth Season 5 Release Date: When Will it Premiere?

To Tell the Truth Season 5 Hosts

‘To Tell the Truth’ is hosted by Anthony Anderson, and his mother, Doris Day Bowman, acts as the ‘scorekeeper’. In season 5, both Anderson and Bowman are making their comebacks. Over the course of past seasons, the show has featured several guest stars, including Octavia Spencer, Dermot Mulroney, Nikki Glaser, and Gabby Douglas. The next episode will feature guest stars, Ashley Graham, Jenna Elfman, Donald Faison, and Alex Trebek.

What Can To Tell the Truth Season 5 be About?

The basic premise of ‘To Tell the Truth’ is that three contestants all claim to be a person with a distinct occupation or with something unusual that sets them apart. One of them is telling the truth, while the other two are lying. Notably, the central character cannot lie, but the imposters can. The four celebrity panelists pose questions to them in the hopes that they can identify which contestant is telling the truth.

After this, the panelists vote among themselves about who they think the central character is. They can either do this with or without consulting the others. At the end of this, the votes are tallied and then the host asks the central character to identify themselves. This is done after a lot of feinting and gimmicks, which adds an element of drama to the show and is intended to be a nail-biting moment of revelation for the audience and the celebrities concerned.

Once the central character reveals themselves, the imposters, too, reveal their real names and who they really are. At this point, an amount of prize money is divided among the challengers, based on the number of wrong votes that the imposters manage to draw. Notably, there is an exception that if any of the panelists happen to know any of the challengers on the show beforehand, then they cannot vote, because it would be unfair. Moreover, they are expected to sit out of the rounds of questioning as well.

Season 5 will stick to the same format and we cannot wait to see more of this play out, because it is a classic setup and only seems to grow more enjoyable with time.

To Tell the Truth Trailer:

Check out one of the sneak peeks for season 5 below: