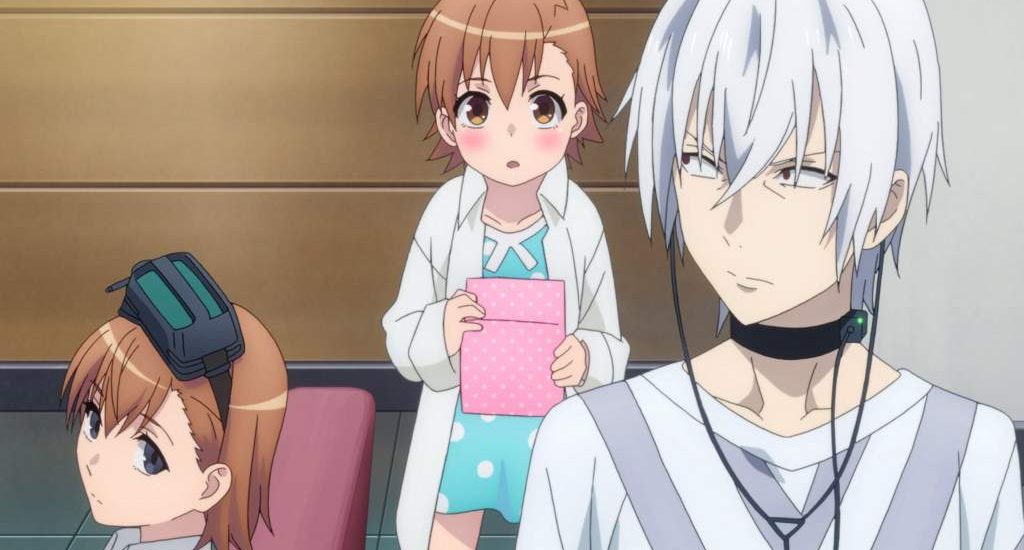 ‘Toaru Kagaku no Accelerator’ is a surprisingly wonderful anime that is much better than its main series in a lot of ways. Unlike ‘Toaru Majutsu no Index‘, this one has absolutely no filler episodes and is completely loyal to its source material. Though I claim that this series is more enjoyable than the parent story, I would still recommend a new viewer to first watch Season 1 of ‘Toaru Majutsu no Index’ just to get a fair idea of the backstories of all the main characters, especially Accelerator. Everything from the lighting to the character designs and even the backgrounds seem to be better in this series. J.C Staff, known for producing shows like ‘Toradora‘ and ‘DanMachi‘, has done a great job with the art and animation. The series does not really emphasize much on background scores but the sound effects and character voices make the overall viewing experience much better.

The main character, Accelerator, has been portrayed perfectly with his edgy albino appearance and his maniacal laughter. Some main characters were left undeveloped but considering that it only has 12-episodes, there isn’t much we can expect there. If you’ve already seen the main series and really enjoyed watching Accelerator, then you should certainly watch this one. ‘Toaru Kagaku no Accelerator’ is a pretty good adaptation of the manga and can be enjoyed by anyone who is even slightly familiar with the source material. Since its release, Accelerator has already gained quite a huge fan following. If you’re one of those die-hard fans of this new badass character and are hoping for a new season of the show, then we might have some news for you in the next section.

Toaru Kagaku no Accelerator Season 2 Release Date: When will it premiere?

‘Toaru Kagaku no Accelerator’ Season 1 premiered on June 12, 2019 and ended its 12 episode run on September 27, 2019. Compared to its parent story, ‘Toaru Majutsu no Index’, the anime has been doing slightly better and because of a pre-existing fan-base, it has become quite popular already. Now if we compare the anime with the manga, the manga has 9 volumes and the most recent version was published way back in December, 2018. So clearly, the mangaka will probably not publish any more source material content.

The anime may not able to adapt all 9 volumes of the manga in just 12 episodes, but it can still get somewhere close to it. And if it is able to cover at least 7 volumes in season one, then 2 volumes of the source material will not be enough for an entire season 2. So at this point of time, we can only expect a few OVA episodes after season 1 comes to an end. If by any chance, the mangaka decides to add a few more volumes to the series, then we might possibly get to see a lot more of it. But that seems very less likely now since this version of the ‘Toaru Kagaku‘ light novel series has been on a hiatus for quite some time now. In the future, if we get any confirmed news regarding ‘Toaru Kagaku no Accelerator’ Season 2, we will surely update it here in this section.

An official English dub of ‘Toaru Kagaku no Accelerator’ has not been released yet, but you can still stream it on Funimation with its original Japanese audio and English Dub.

Academy City is way more advanced than any other place in the world and it accommodates some of the greatest minds known to the world. It also has a special academy where young children get to polish their psychic abilities. All of these young men and women are ranked based on their psychic abilities, where the ones on “Level 0” barely have any power while the ones at “Level 5” are overwhelmingly strong. Only 7 have been able to attain the highest “Level 5” rank and strongest amongst these 7 is known as the Accelerator.

‘Toaru Kagaku no Accelerator’ follows the story of the strongest “Level 5” Accelerator who ends up sacrificing almost all of his power in order to protect the cheerful Last Order. After all of this, he lives a peaceful life while he recovers at the hospital. But all of his peace is shattered when he meets a strange girl named Ester who carries a photo of the Last Order. And before he knows it, he finds himself getting dragged into a whole new battle against a corrupt organization called the Disciplinary Action that has been plotting against the Last Order. After they set their plan in motion and set out to capture the young girl, the responsibility of protecting her from their sinister plan comes down to the strongest accelerator. Will he able to save his newfound companion and save the Academy City or will he become a victim of all the traps that the organization has set for him?

Accelerator is a Rank 1 Esper who is currently residing at the Academy City. In the parent series, ‘Toaru Majutsu no Index’, he is the second protagonist. Initially, he appears more like an antagonist and slowly transforms into a hero after being defeated by Kamijou Touma. The dark side of the Academy city remains unknown to him for a very long time but once he finds himself between all the conspiracies, he decides to fight back using all his strength. In appearance, he is a skinny teen with pale skin, shabby white hair and piercing red eyes. He appears to be this way because his abilities prevent him from getting exposed to any form of ultra-violet rays. Because of this, his body does not produce any melanin and he ends up getting more of an androgynous appearance.

Accelerator really enjoys fighting opponents who are stronger than him and even when he fights Touma in the main series, he breaks out into maniacal hysterical laughter. Nothing much has been revealed about Accelerator’s past. He himself claims that he used to have a normal name once but now he has forgotten everything. When he was a child, he could not get close to anyone because of how overpowered he was. Even when he would get close to people, a lot of times he would hurt them through his abilities as he had no control over them earlier.

Last Order was created as a part of the Sister Project for the Level 6 Shift Project. She is the 200001 sister who becomes the primary character of the series after Accelerator decides to protect her. She is a clone of Mikito and is depicted as the 10-year-old version of her. She has short brown hair with big black eyes and is usually seen with a cute smile on her face. Unlike most other clones, she has the ability to show emotions and develops a close relationship with many characters. She also speaks in the third person and has all the memories that are possessed by all the other clones. That’s how she knows that Accelerator never wanted to be a part of the Level 6 Shift Project.

She has a thing for Touma because he had initially stopped all the experiments to protect her. She not only appears to be a child but also acts like one and often enjoys being playful about everything around her. But at the same time, despite being a child, she is very perceptive and is able to deduce her own complex theories that explain a lot of things going on around her.

Esther Rosenthal is one of the main protagonists of the show who appears as a magician being pursued by DA. She later escapes from them and tries to hide in a hospital where she meets Accelerator for the first time. She asks him about Last Order but he fails to listen to her as he has the ability to deflect sound when he’s reading. She is extremely kind to everyone around and even shows a lot of respect towards the ones who are dead. She’s also unfamiliar with some modern aspects of life. She once tries a meal at a family restaurant for the first time and is surprised to find out how delicious it is. Just like Last Order, she also refers to herself in the third person.

Will There be a Smile Down the Runway Season 2?

When Will Sorcerous Stabber Orphen Season 2 Come Out?

Will There be a Diamond no Ace Season 4?