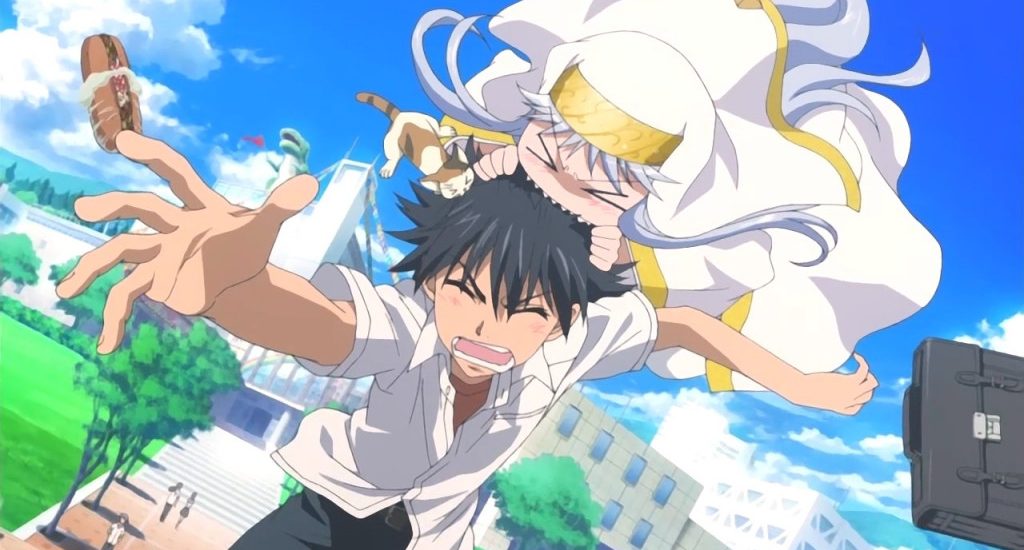 With an intriguing concept that blurs the lines between science and magic, and a fairly good premise, ‘Toaru Majutsu no Index’ is primarily driven by its characters. Adding to this, even its incredible animation and relevant quick-paced background scores, perfectly hype you up as a viewer. However, with that said, not all installments of ‘Toaru Majutsu no Index’ reach their true potential. It is still a pretty satisfying anime overall. For those who have followed its first three seasons, here’s everything you need to know about its season 4.

A Certain Magical Index Season 4 Release Date: When will it premiere?

We are quite positive that the anime will be renewed for another season. Though we are not completely sure how long will that take. Our best guess is that ‘A Certain Magical Index’ season 4 release date could fall sometime in 2020 or 2021. We will update this section as soon as we hear more.

Season one, two and three of ‘Toaru Majutsu no Index’ are now available in English dubbed versions on Funimation and Netflix.

The anime revolves around Academy City, which is pretty much like the Wakanda of Japan. This city is the forefront of technology and is not only 30 years ahead of the world in the field but also accommodates students with extraordinary psychic abilities. Among these talented students, Touma Kamijou, the protagonist of the anime, has the lowest psychic score of an absolute zero. However, he possesses a unique power that allows him to deflect the supernatural abilities of others. The scientists have labeled this ability of his as the “Imagine Breaker”.

But Touma Kamijou seems to be least interested in the world around him and even his unique ability is no big deal for him. But his world entirely changes when one day, by chance, he meets a strange girl called Index Librorum Prohibitorum. The girl has apparently memorized the entire forbidden grimoires and now is being hunted by an organization that consists of humans with the most dangerous supernatural abilities. Touma soon befriends her and realizes that the innocent girl will not be able to survive with someone’s help. For the first time in his life, he feels a sense of purpose that holds himself responsible for protecting the girl from all the unseen forces that could harm her.

Season II and III are pretty much the same and drag the plot of the first season even further by introducing a few new characters here and there. What starts off as a battle between Touma and the organization, eventually turns into something much bigger that might even lead to the destruction of humanity, as they know it. 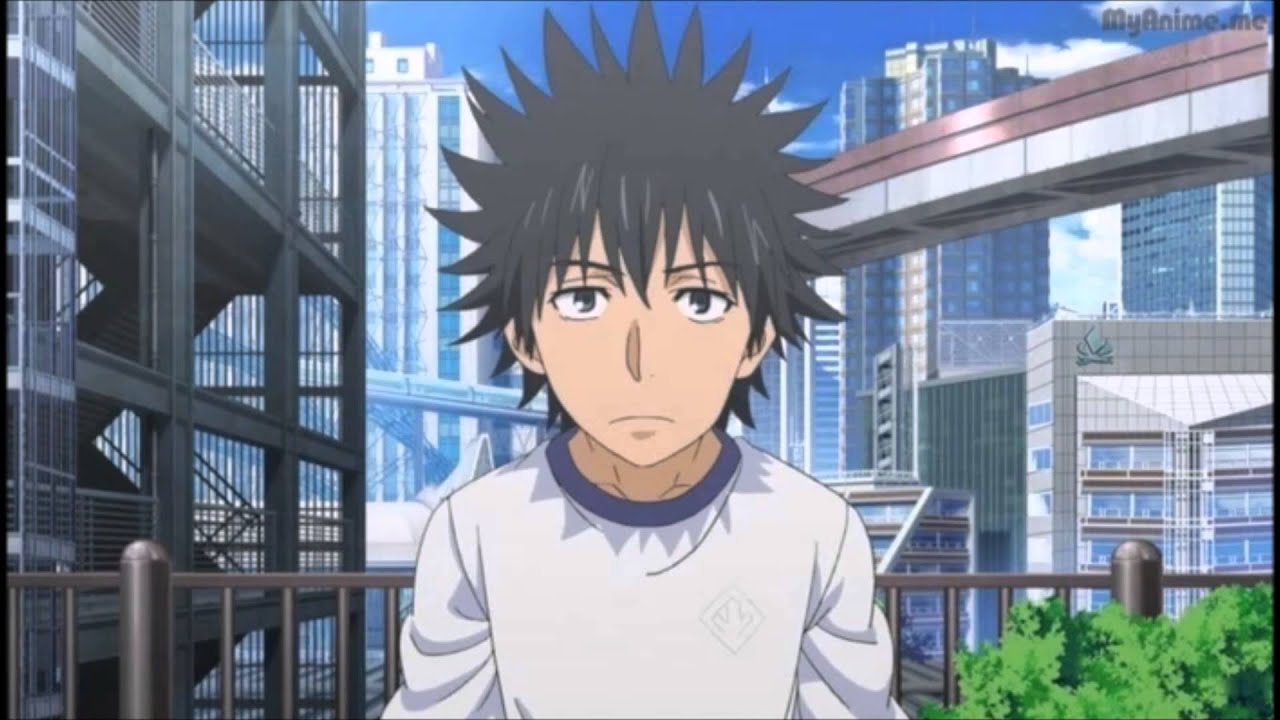 Touma is the main protagonist of the anime. He is often called the “Power Breaker” because of his ability to negate the powers of all of his supernatural peers. He has been ranked as the lowest zero-level psychic by his academy but he doesn’t really care about the artificial world that he lives in. Touma has immense knowledge about certain subjects but overall, his grades are extremely poor. He’s quite easy-going and usually tries to avoid trouble but contrary to that, he also has a strong sense of justice and would do anything to protect those who are being treated wrongly.

Because of Touma’s unique power to nullify the attacks of others, he is neither considered a psychic nor a magician by the academy and instead, they just label him as a normal human who has one special ability. Despite his failures and misfortunes, he is able to attract many ladies of the Academy, who’re in love with his cool personality. Himegami Aisa often jokes about his fan-following and says that “his life is like a dating simulation where he is bound to unlock more paths to more girls”. The origin of his “Imagine Breaker” ability has not been discussed anywhere in the anime series and till now, it remains a mystery. 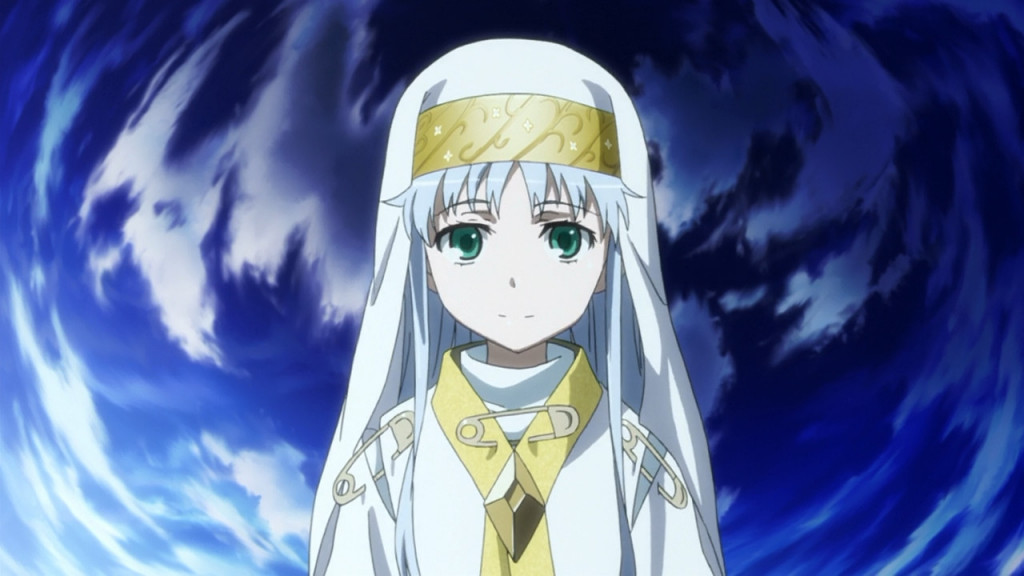 Commonly known as just “Index”, she is the female lead of the anime. Her name comes from a list of books that were marked as forbidden by the Roman Catholic Church. These books mostly contain morals and faiths related to Christianity and also the scientific works of some well-known astronomers like Johannes Kepler. Index dresses up as a nun all the time, with huge safety pins holding her “Walking Church” together on her petite stature. Like Touma, she has a strong sense of justice and throws herself right in when someone is being mistreated without thinking twice about her own well-being.

Index is very polite and good-natured, as shown in one instance, where she picks up a stray cat from the street and takes it home with her. Like many other anime characters, she has a huge appetite and freeloads whenever she gets the chance to. Since she was raised in a church all her life, Index is very innocent and unaware of the gruesome world outside. She also has no clue about the technological advancements that have occurred all around her and even struggles to use a simple touch screen phone. But just because she is ignorant does not mean that she is not intelligent. She has a solid photographic memory that allows her to recollect any particular bit of the Librorum Prohibitorum Index whenever necessary. She later develops feelings for Touma and even confesses it to him, but it is of no use because a serious twist of events changes every single thing between the two (we are trying to not give away spoilers).