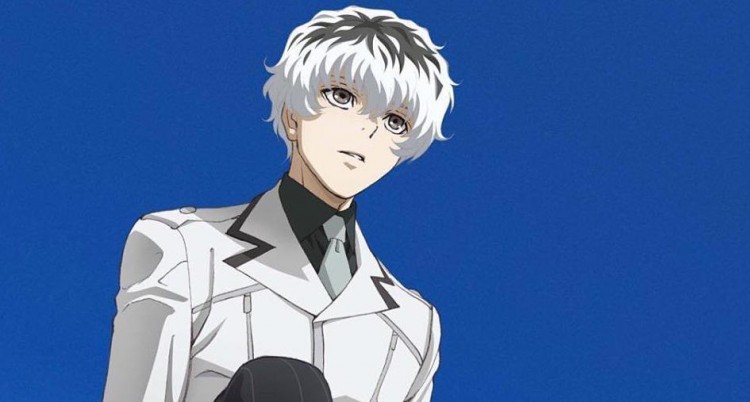 ‘Tokyo Ghoul‘ is one of the most celebrated anime of our times. While the first two seasons of the show were universally praised, the same can’t be said about the third season that received mixed reviews from fans all over. Some fans are so disheartened that they just want the 4th season (or 5th season, depending on how you classify the two parts of the third season) to start off soon so that they can forget the extremely dark ending of season 3. There are others who have something more to say about it. ‘Tokyo Ghoul:re’ ended with Haise Sasaki battling it out with Tsukiyama and Kanae. Sasaki finally remembers his true identity by the end and what unfolds is one brutal battle which strangely left a lot of fans disappointed.

So, why are so many fans of the show are not happy with the ending? Well, there are several reasons for that. First of all, the  readers who were really looking forward to the final battle found the ending not match up to the manga. Part of the blame lackluster ending should also go to the Studio Pierrot and other animation firms sourced by the show. What we can hope is that the next season of ‘Tokyo Ghoul:re’ somehow resurrects the show from the dead.

For those who still don’t know much about ‘Tokyo Ghoul’, it is an anime series created by Sui Ishida. It revolves around the Ken Kaneki who is just another school student with an ordinary life. But all of this changes when one day he goes on a date with a disguised ghoul and somehow survives it. The next day when he wakes up he realizes that he himself has turned into a ghoul —a flesh-eating cannibal who disguises himself as a human— and all of this because of a surgery where his organs were implanted from the ghoul who tried to eat him. He is then taken in by a society of Ghouls at a nearby cafe who help him live a slightly normal life amongst humans without harming them.

‘Tokyo Ghoul:re‘ is set in time two years after the incidents of the first original story and it follows Haise Sasaki who is a member of the CCG (Commission of Counter Ghoul). He leads a group of special squad members who have implanted the Quinque in their bodies which is a specialty weapon that turns them into half ghouls. The big twist here, however, is that Haise Sasaki is no one but Ken Kaneki from the original series who is suffering from temporary amnesia.

One thing ‘Tokyo Ghoul:re’ has successfully managed to pull off is bridging a gap between two very different halves of the franchise which were portrayed in the first two seasons. A lot of things were just left dangling after the first season but season 3 has managed to realign the show with the original story and the manga.

‘Tokyo Ghoul’ season 3 premiered on April 3, 2018, and finished airing on June 19, 2018. This season has a total of 12 episodes and each episode is 24 minutes long following the standard norm of most anime. You can find the full details about Tokyo Ghoul season 5 right here.

Season 3 starts off with Ken Kaneki suffering from amnesia because of which he does not remember most of his past. He is, at least for now, a completely new character named Haise Sasaki who works as a leading member of the CCG. Day by day the memories of his past life keep drifting back to him and all the memories that the CCG had manipulated slowly start kicking in to help him make sense out of everything he is surrounded with. Haise is mentored by two leading professionals of the Commission of Counter Ghoul named Arima Kishou and Akira Mado. They lead a team of men who work for a project called the Quinx Project where people are turned into half ghouls by transplanting organs of real ghouls into them. The main purpose of this is to create indestructible human machines who are capable of destroying ghouls. These half ghouls have a Kagune (ghoul’s weapon) that is a natural part of them and another Kagune is provided to them by the CCG.

Kaneki’s former friends are very well aware of his identity crisis and are trying to rescue him from the wrath of the CCG which they refer to as “Dope”. Touka Kirishima, who is one of the team members of Haise, has a little brother named Ayato who works for a criminal agency called Aogiri Tree that is run by ghouls. He risks his life here every day to save the life of his sister from these flesh-hungry ghouls. Eto Yoshimura, an SS rated ghoul, leads an attack on the CCG along with the Aogiri Tree to completely destroy every last bit of it. Haise Sasaki also joins this battle with his Quinx team while the Antaiku group sees this as an opportunity to rescue Ken Kaneki from the CCG. Somewhere during the battle, Haise starts regaining his old memories as Ken Kaneki and becomes a whole new person who has memories of both his past life and the present life he’s currently living. By the end of this battle, he manages to defeat the one-eyed ghoul who is then imprisoned by the CCG.

But during this chaotic battle, Kaneki’s sister Hinami Fugeguchi is caught by the CCG and is imprisoned for fighting against them during their battle with the ghouls. Now that Haise’s memories as Kaneki are back he remembers very well who Himani is and what she means to him. He takes the responsibility of protecting her while she is in custody of CCG. This pretty much sums the entire third season which was divided into two parts. Did this season make or break the series? Read our review below to find out.

The plot of the manga is very carefully and smartly constructed in a way that it leaves you at the edge of your seat throughout. That’s one thing I wish I could say about the anime too. ‘Tokyo Ghoul:re’ has been adapted from a manga that is beyond brilliant and that certainly elevates the hopes and expectations of fans even more. Sadly the anime is not even close and the biggest problem is its pacing. All the events feels rushed and a lot of them are even ignored all the way. And when certain important events are just ignored, the whole foundation of the show is tossed out of the window. The plot overall makes no sense and its only some little moments here and there that will make you stay till the end of the season.

The animation and art side of the show too is also not at all impressive. ‘Tokyo Ghoul:re’ starts off well with some good art style and animation but as the show proceeds it all just starts fading away into something that comes off as lazy, boring, lifeless and downright insulting. Assuming that their budget was tiny you would expect them to make up for all the damage in the last few episodes. But they are no different from the early episodes and are equally dreadful. The detailing that has been done in some of the parts by Studio Pierrot is appreciable but for the most of it, this studio has failed the show.

As far as the music is concerned, something was really off about it and a lot of times the background scores does not even match the actual scenes. One example of this is the last scene of the first part of this season where clearly everything that’s going on is sad but the background score plays a happy song that suggests the exact opposite. The sound effects does not match up with any of the emotional scenes or are just toned to low. The music of any anime is responsible for enhancing the drama and the emotional response of the viewers, but in this one, it fails in doing so. The opening and closing theme songs are the only positives but again not enough to make up for all the remaining negatives.

When it comes to the characters, even the manga is initially quite dull and bland but all of it is covered up later when the backstories of each character are used for subtle buildups throughout. By the end of the manga, we have characters that are stronger and deeper than most anime out there but the show fails to pull this off. The character development is weak and is often rushed through. When you can’t really connect with the characters of the show, you fail to empathize with what they feel. The lack of any relationship build-ups or backstories just makes their entire existence invisible to most viewers.

So let’s just put it this way, if you have read the manga then the anime will be nothing but a huge disappointment. On a scale of 1 to 10, it would be no more than a solid 5. But if you haven’t read the manga yet, your expectations are still a little low and you might rate it somewhere close to a 6.  But in the end, a show of such high-caliber has a reputation that it has to keep up with. It has a fan following that most anime may never have. But when a show like this one lets you down in a way this season did, it almost seems like nothing but an advertisement that is forcing you to read the manga so that you can see a better side of it.

The English Subbed and Dubbed version of ‘Tokyo Ghoul Season 3’ can be found on the website of their official licensors Funimation. And if you want to know what the hype is all about then visit Viz to read the original manga.