Watch Tom Hanks as Mr. Rogers in ‘A Beautiful Day in the Neighborhood’ Trailer 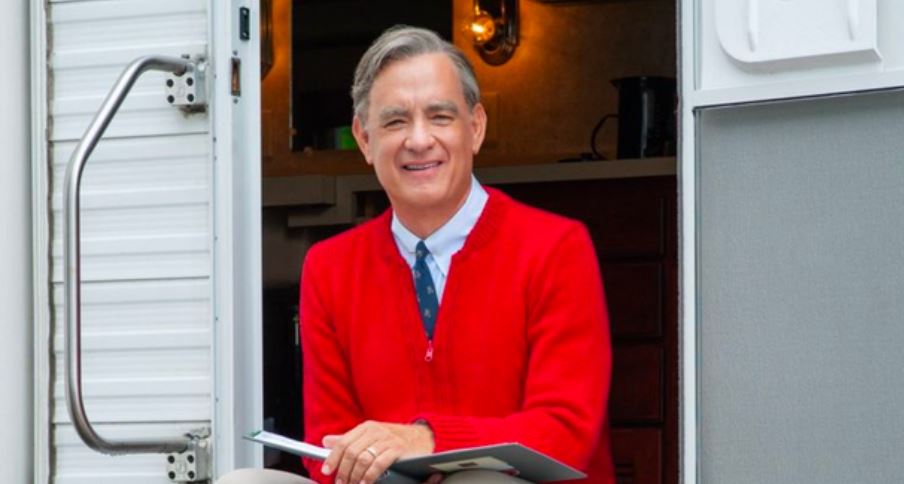 Sony has dropped the first trailer for the upcoming biographical drama ‘A Beautiful Day in the Neighborhood,’ which features Tom Hanks as the American television icon Fred Rogers. Directed by Marielle Heller, who is known for indie flicks like ‘The Diary of a Teenage Girl’ and ‘Can You Ever Forgive Me?’ the film reportedly focuses on the friendship between Rogers and journalist Lloyd Vogel, played by Matthew Rhys, an eccentric writer who was tasked with writing a profile of the legendary television host.

“This piece will be for an issue about heroes,” says Vogel in the trailer. “Do you consider yourself a hero?” he asks Roger.

“We are trying to give the world positive ways of dealing with their feelings,” Roger replies. “There are many things you can do,” he continues. “You can play all the lowest keys on the piano at the same time.”

The first look also reveals the playful side of Rogers when Hanks tosses his shoe in the air, a gesture made famous by Rogers as “shoes-to-slippers” opening of PBS’ iconic show ‘Mister Rogers’ Neighborhood.’

“A Beautiful Day in the Neighborhood” marks the second Tom Hanks movie this year. The actor already played his iconic character sheriff Woody in ‘Toy Story 4.’ The animated sequel, which hit theaters on June 21, 2019, has grossed over $375M in the domestic market and $859M worldwide.

Hanks’ last live-action character on screen was the role of the legendary executive editor of The Washington Post, Ben Bradlee in the 2017 drama ‘The Post.’ Directed by Steven Spielberg, the movie placed Hanks as a front-runner for the Oscar season, but couldn’t make it to the final five of Best Actor category. The first look of “A Beautiful Day in the Neighborhood” hints at another Oscar buzz for the actor.

For Heller, who usually works on indie projects, ‘A Beautiful Day in the Neighborhood’ marks a quantum jump into studio filmmaking. Her sophomore feature ‘Can You Ever Forgive Me?’ earned the writer-director three Academy Awards nominations that include Best Actress for Melissa McCarthy and Best Supporting Actor for Richard E. Grant.

“Sometimes we have to ask for help and that’s okay,” Rogers says in the trailer for ‘A Beautiful Day.’ “I think the best thing we can do is to let people know that each one of them is precious.”

The movie hits theaters on November 22, 2019. Check out the first trailer for ‘A Beautiful Day in the Neighborhood’ below.