Too Close for Christmas: Filming Location and Cast Details

Part of Lifetime’s lineup of Christmas movies, ‘Too Close for Christmas’ is a holiday-themed romantic film that follows Haley and Paul, who get to know each other better and discover a new possibility. Things were not always smooth between them since Hayley holds Paul responsible for ending her previous relationship. Much to Hayley’s surprise, Paul unexpectedly shows up during the Christmas holiday with her sister and her new in-laws.

As fate would have it, this gives Hayley the opportunity to see Paul in a new light. The small town, cozy family gatherings, Christmastime charm, and love – the film has all the ingredients for a romantic Christmas flick. This must make you curious to know more about the location and the actors that add to the movie’s charm. Well, let us find out!

Too Close for Christmas Filming Locations

The film was shot in August and September 2020 in Ontario. During that time, it had already started getting quite cold in Ontario, making the film an authentic Christmas experience, unlike most of the holiday-themed movies, which are actually filmed in the summer. Let us take you through the details of the filming locations!

‘Too Close for Christmas’ was filmed in North Bay, Ontario. North Bay’s strategic placement and the benefits it provides makes the city an apt choice for a film like this. The city has multiple industrial, warehouse, and office spaces that facilitate set construction and filming. North Bay lies in the vicinity of 8 golf courses, 42 beaches, 74 park areas, and has access to large areas of snowmobile and multi-use trails.

The logistical support that the local industry offers is the cherry on top. The productions enjoy perks such as financial incentives and a smooth process for permits and approvals. They also do not have to pay film permit fees. But most importantly, the city provides support for location scouting, assistance for public funding applications, and negotiating with the community. 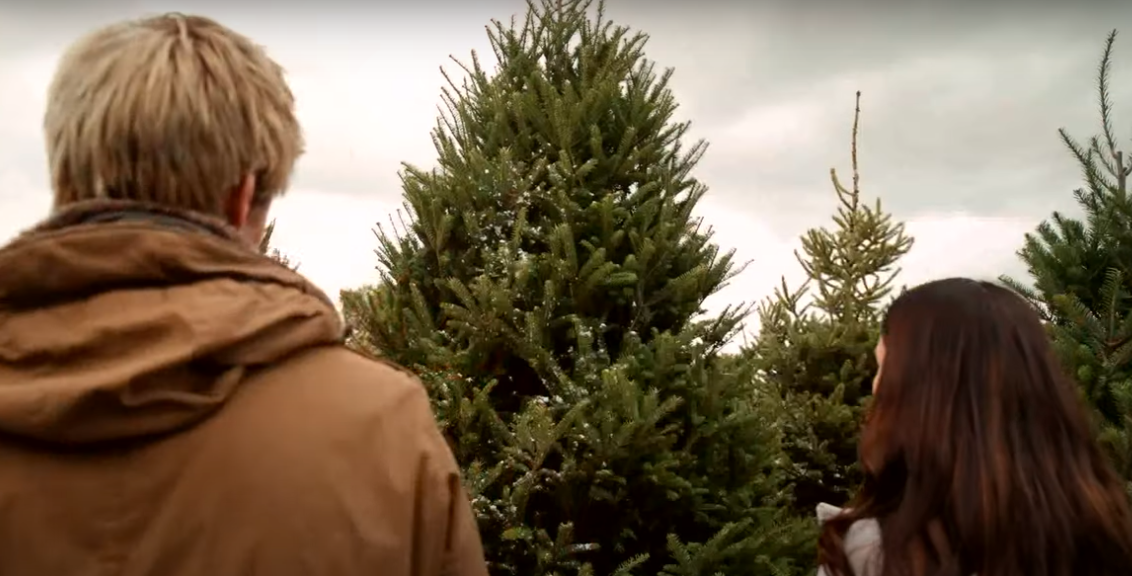 ‘The Holiday Calendar,’ ‘Pride, Prejudice and Mistletoe’ and ‘Return to Christmas Creek’ are some of the recognizable productions filmed in North Bay. Several sequences were shot in the downtown area of North Bay. One of the significant locations is Jack Burrows Place, which is the civic square named after the former mayor, Jack Burrows.

The civic square is outside the North Bay Museum, where the whole area was decorated for the duration of the filming process. The movie was filmed during the pandemic, which means the cast and crew members had to follow the necessary guidelines to ensure the safety of all the people involved. Chad Michael Murray (who plays Paul in the film) also expressed his amusement because shooting this Christmas film actually felt like winter, which usually isn’t the case.

Too Close for Christmas Cast

Jessica Lowndes is a Canadian actress and singer-songwriter who portrays Hayley in this film. She is best recognized for her role as Adrianna in ‘90210.’ She also appears in movies and television series like ‘Altitude,’ ‘Christmas at Pemberley Manor,’ ‘Rediscovering Christmas,’ and ‘Major Crimes.’

Chad Michael Murray, who essays the role of Paul in the film, shot to fame as Lucas Scott on the hit series ‘One Tree Hill.’ His other notable credits include ‘Gilmore Girls,’ ‘Dawson’s Creek,’ ‘House of Wax,’ ‘A Cinderella Story,’ and ‘Write Before Christmas.’ Other cast members in the film are Phil Popp, Chris Farquhar, Deanna Jarvis, who portray the roles of Joe, Trey, and Michelle, respectively.