Too Close to Home: Canceled or Renewed? 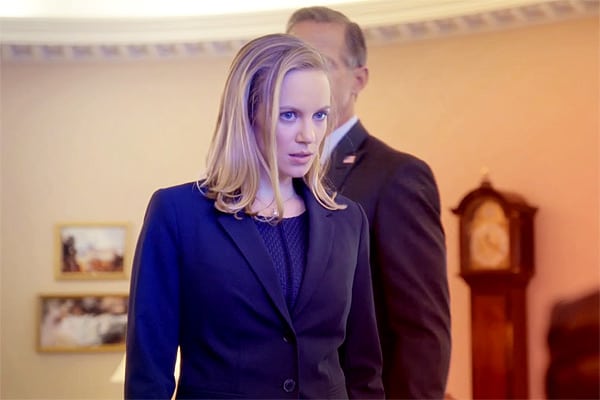 Too close to home is an American television drama created, executed, written and directed by Tyler Perry. It was first premiered on August 22, 2016. The series revolves around a young woman named Anna who belongs in a working-class life. She falls in love with the U.S President while at the White House. Following her affair with the President, she finds herself at the center of a political scandal. The scandal erupts and she is seen returning to her old life. This series received a lukewarm response from audience and critics. A renewal of the show for a second season was announced on September 1, 2016. Its premiere was on January 4, 2017. The run time of each episode of the show is between 42 minutes and 45 minutes.

Towards the end of season 2, it was confirmed by TLC that show wouldn’t be returning for a third season. A spokesperson from the network made the announcement.

Too Close to Home Plot: What’s it about?

The scripted drama is about a woman who relocates from Washington DC to her Alabama hometown after a major scandal. She falls in love with the President of USA. The whirlwind romance gives way to a massive scandal on the political level. The catastrophic event takes a toll on Anna’s life as gossip columns and controversial questions follow her everywhere. She decides to go back to peace of her home away from the controversies and limelight but doesn’t receive a warm welcome.

Too Close to Home Cast: Who’s in it?

The cast of the series includes performances from Danielle Savre as Annie Belle Hayes or Anna. She is the young woman who works in the White House, and ends up having an affair with the President. After the romance is revealed to the public, she seems comfort in a safe place, which is her hometown in Happy, Alabama Brock O’Hurn as Brody Allen plays Anna’s former lover who currently has romantic feelings for Bonnie. Kelly Sullivan plays Bonnie Hayes who is Anna’s eldest sister, and has immense love for Anna. She looks after Anna’s daughter Rebel, Shelby’s son Mac, and her mother, Jolene. She also assists Brody in taking care of his father, Dr Allen. She has a job at May Sally’s Diner. There is Brad Benedict as J.B.Brody’s estranged half-brother and ex-boyfriend of Bonnie’s. Brooke Anne Smith plays Michelle who is the youngest of Hayes sisters and is a drug and alcohol addict. She is also mother to Mac. Alpha Trivette plays Doctor Allen Brody’s father is suffering from dementia. Trisha Rae Stahl plays JoleneAnna who is Bonnie and Shelby’s mother suffering from morbid obesity and hoarding.

Too Close to Home Season 3 Release Date: Renewed or Canceled?

It was a fairly enjoyable series but didn’t receive the response it hoped to get. The show was cancelled after two seasons and a spokesperson of TLC confirmed the news. The news was made official on November 2, 2017. The show had a 5.2 on 10 rating on IMDB as per 815 viewers. Before the finale of the second  season  was to be aired, a critic from TVLine wrote about the show, “TLC’s ‘Too Close to Home’ is the Worst Show I Can’t Stop Watching.”