When Does Top Elf Season 2 Release? 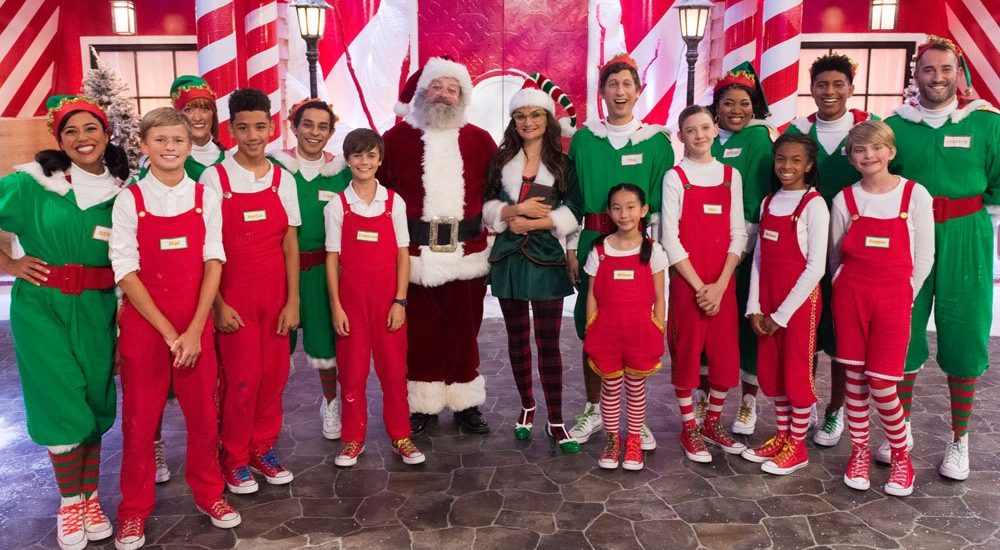 Nickelodeon, in a bid to stay true to its long-term goal of adding more titles to its slate of unscripted programming, greenlit the holiday-themed competition, ‘Top Elf’ — which dropped in November 2019. The Viacom-owned network had conceptualized the show with an intention to entertain its family audience during the holiday season.

Created by Mike Duffy and Tim Duffy and directed by Michael Pearlman (‘Chopped‘, ‘Project Runway All Stars‘), this reality tv game show follows a bunch of master artists, referred to as elf-testants as they attempt to put their extraordinary building and design skills to test. The one who wins the coveted title of Top Elf gets the opportunity to have a very special wish granted — not for his or her benefit but for the good of the community he/she resides in.

The first season of the show was warmly received. Now, the obvious question is, when will ‘Top Elf’ season 2 release? Let’s find out.

Top Elf Season 2 Release Date: When Will it Premiere?

Top Elf Season 2 Cast: Who Can be in it?

Top Elf follows Santa (portrayed by Tommy Snider) and Ms. Jingles (enacted by Samantha Turret) as they summon seven civilian “Elf-testants” to the North Pole — in order to test their talent in the art of creating colorful, creative holiday-themed masterpieces. Along the way, each of these little participants is helped by one of Santa’s elves, who guide the kiddos in giving their imaginations a real, lifelike form.

The seven talented “Elf-testants” featured in season 1 were Aiko from New York, Allison from Walnut, California, Briana from Los Angeles, Cameron from Georgetown, Kentucky, Hopper from Highland Park, Texas, Hud from Oxford, Mississipi, and Justice from Jamaica, New York. In the end, Cameron was crowned “Top Elf” and rewarded a three-night stay at Nickelodeon Hotels & Resorts Punta Cana. He also won $25,000 to donate to his chosen charity, the Leukemia & Lymphoma Society.

Across the episodes, we also meet celebrity guest judges offering a helping hand to Santa and Ms. Jingles to shortlist the best candidates. The celebs in season 1 were Frankie Grande, Amirah Kassem, Peyton List, Alex Wassabi, and Pete Wentz. While Santa and Ms. Jingles, accompanied by the elves will return for season 2, the names of the contestants are yet to be revealed by Nick. Some of the guests in season 2 are JoJo Siwa, Addison Rae, Jay Pharoah, Guava Juice, and Tori Kelly.

What Can Top Elf Season 2 be About?

In ‘Top Elf’, Santa gives seven lucky tiny contestants the chance of a lifetime to realize their dreams. He calls them to the North Pole and puts their skills to test by encouraging them to partake in a series of interesting, breathtaking, and difficult holiday-themed challenges. Each of these elf-testants is quite talented in the art of creation and design.

And in this competition, they are given tasks such as building life-sized gingerbread clubhouses, reimagining Santa’s sleigh, or creating innovative, new toys and making massive 3-D holiday cards. The one who tops the game receives the ultimate prize — to have his or her wishlist granted, which involves asking for something good to benefit someone in his or her community.

Toward the end of every episode, Santa, Ms. Jingles, and a celebrity guest judge the elf-testants. They give the final decision on who gets to stay on the “nice” or “naughty” list. As you can guess, the ones who make it to the “nice” list are one step closer to being named Top Elf.

‘Top Elf’ is a wonderful show, not only for kids but also for any DIY lover out there. Season 2 will follow the same format as confirmed by Nick, with new, interesting construction challenges for the talented elf-testants.