Where Is Tory Lanez Now? Is He In Jail? 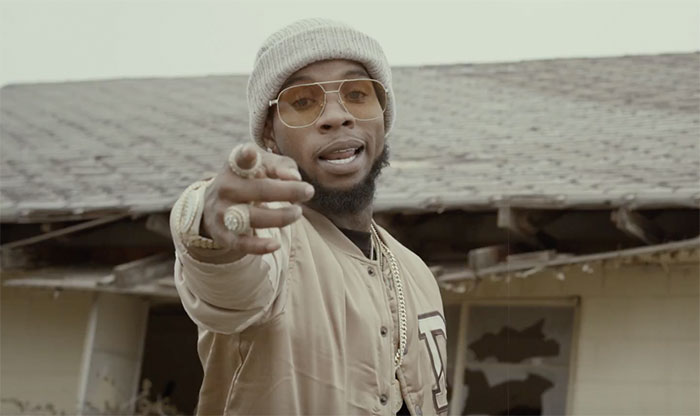 Born on July 27, 1992, in Brampton, Ontario, Canada, Daystar Peterson, better known by his stage name Tory Lanez, is a rapper, singer, composer, and record producer. He first got recognition when his mixtape “Conflicts of My Soul: The 416 Story” released in August of 2013. Following that, he has released three studio albums, with the debut one premiering in 2016, by the name of “I Told You.” Subsequently, he released “Memories Don’t Die” on March 2, 2018, and “Love Me Now?” on October 26, 2018.

More recently though, he has found himself to be tangled up in some legal issues- issues that have caused a bit of controversy. So, here are all the details about that.

On July 12, 2020, after leaving a house party at Kylie Jenner’s home, where there had been an argument that resulted in violence, Tory Lanez was arrested in the Hollywood Hills and charged with carrying a concealed weapon in his vehicle. Another rap artist, Megan Thee Stallion, was also in the car and was initially reported to have had a foot wound caused by glass. However, that was not the case. She had been shot in BOTH feet. She took to her Instagram to talk about this incident and revealed that luckily, “the bullets didn’t touch bones, didn’t break tendons…they missed everything.”

The “Savage” rapper also clarified on her Live that her initial silence was not because she was trying to protect anybody, it’s just that she was trying to deal with her injuries. She also said that she isn’t like other artists who put their entire lives on social media for the world to see. In the video, Megan described being rushed to the hospital for emergency surgery, saying, “I had to get surgery to get the bullets taken out, and it was super scary.” But, through all that, although she claims that the person who shot her was deliberately trying to injure her, she did not identify Tory Lanez as the perpetrator.

Where Is Tory Lanez Now?

Tory Lanez was placed behind bars for the felony count of carrying a concealed weapon following the shooting incident. According to TMZ’s initial report, an argument had ensued in Kylie’s home and someone had fired shots in the air before taking off in the vehicle, where the LAPD later found the “Hot Girl” rapper and Megan, at around 4 in the morning.

I was never arrested. This whole experience was an eye opener and a blessing in disguise. I hate that it took this experience for me to learn how to protect my energy.

Following the post above, Megan’s friend Kelsey Nicole, who was also in the car, came forward on her own social media to set the record straight. “I want to clear up the rumors that I shot Megan. I WASN’T the one with the gun and would never do something like that. However I was present,” she wrote in a since-deleted Instagram post. But, even with this, nobody the was present has come forward to directly state whether or not it was Tory Lanez who shot her.

Page Six, though, did report that Tory allegedly pulled the trigger from inside his SUV “while Megan was outside trying to leave.” Their source also claimed that the police are investigating the video footage of the incident as “this is a case of a man physically harming and abusing a woman.”

Tory Lanez was released from jail on the morning of July 16, after posting a $35,000 bail. And, although he is back in his home and has his freedom, he is scheduled to appear in court on October 13, 2020, where a formal decision on his charges would be taken. (Featured Image Credit: YouTube / Tory Lanez)