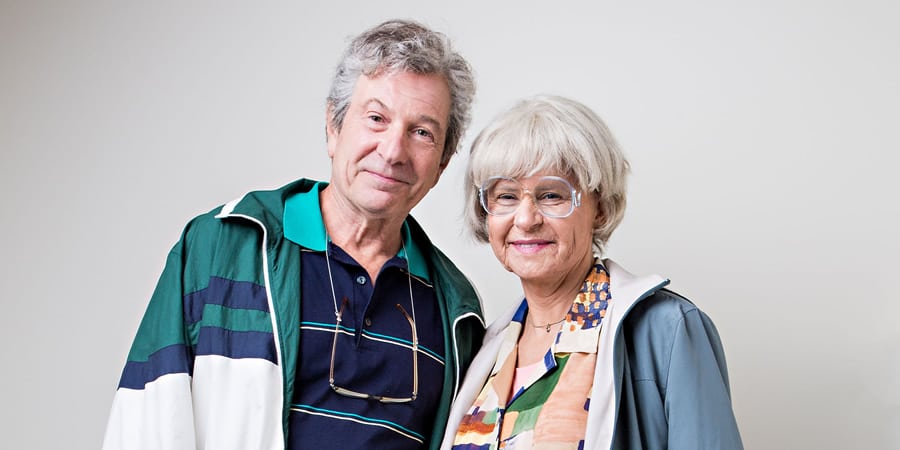 Sketch-based programming is in the vogue today just as much as it was in the vogue back in the 1970’s – it is the one genre of non-scripted television that has proven to stand the test of time. Yet it does not mean it has gone through this test completely unscathed. The kind of humour, for example, is vastly different between now and then.

When Netflix brings on older legendary comics like Jerry Seinfield (with a large paycheque) to do an hour-long special, they have to ever so slightly attune their humour to today’s world – even if their fan following is firmly established in 2019. It was the same estimation one would be prompted to make hearing about Tracey Ullman’s return to British television, on a stage-slash-sketches-show proper at that. Tracey’s attunement on HBO, however, seems to be unabashedly clinging to her older glory days – which, miraculously, does not seem like a bad thing after all.

With Tracey Ullman’s Show that released on October 26, 2016, Tracey got her first original project for BBC One after over two decades. As the international broadcaster of the show, HBO has sold the show to both HBO Europe and ITV Choice starting for its third season.

Tracey Ullman’s Show Cast: Who is in it?

Tracey Ullman’s Show, unsurprisingly, stars Tracey Ullman as the host. In case you did not know: Tracey Ullman is a legendary comic with decades on the screen and on the stage. A Kick Up The Eighties is what really shot her up to mainstream fame, but unlike many major SNL-starrers, Tracey has kept her career afloat in the same alley for almost four decades since then. This is not in just skit-based shows but also in mainstream TV dramedy productions like Howard’s End (2017) or theatrical productions like Into The Woods (2014). Albeit she has never really taken a hiatus from her on-screen presence per se, Tracey Ullman’s show marks a kind of return for her because she has not been on the British telly for quite a while.

Naturally, even though all the eyes will be on Tracey Ullman in her new show with HBO, a skit is rarely ever a one-man show. To help realize her brilliant sketches to life, fortunately, Ullman has a familiar entourage – an assortment of acting talents who also co-starred in ‘Tracey Breaks The News’. Other than Tracey, you will also be seeing a lot of Jason Forbes, Lucy Montgomery, Samantha Spiro and Katherine Jakeways – as well as relatively newer additions to the ensemble like Sue Elliott-Nicholas and Elizabeth Berrington.

Although nothing so far has been officially disclosed about a season 4 cast, we can safely assume that Tracey Ullman, as well as her actor-pals from Tracey, Breaks The News will make frequent return-visits, as well as some new faces here and there.

What is Tracey Ullman’s Show About?

Tracey Ullman’s Show is named that way so as to distinguish itself from The Tracey Ullman Show (1987-1990). But this distinction seems to be mostly on paper and by name because the blueprint of Ullman’s previous personal feature on England seems to linger. This does not reflect badly on the show at all: Tracey Ullman, after all, is all about the impersonation of celebrities, politicians, famous personalities and some new comic characters.

The sketches of the show predominantly bank on Ullman’s talents in it. If you have been following Tracey Ullman Breaks The News, expect to find a lot of similarities. The bent of the sketches are different, but they are still oriented towards political satire, and Tracey fixated, as always, upon impersonating the Angela Merkels and the Theresa Mays. Season 3 provides a peek into the lives of popular stars that include Adele, Jerry Hall, Dame Maggie Smith, and Dame Judi Dench and has comedy sketches that target political figures.

Tracey Ullman’s Show Season 4 Release Date: When will it premiere?

Tracey Ullman’s Show season 3 premiered on September 28, 2018. The show first premiered on October 26, 2016, and received one of HBO’s top ten rating peaks within its debut season itself. The trend of positive reception has continued ever since with all of its later seasons that have come out (conveniently timed in the middle of Q4). 2019, therefore, should be no exception to the norm.

As a matter of fact, we are all but certain that Tracey Ullman’s Show season 4 should hit the showreel sometime before November 2019. That said, this release date is just an estimation based on the previous release schedules. HBO has not officially said anything even about a renewal yet. To learn more about the official release dates, keep an eye out for us – we will be updating it as soon as reliable news comes out.

Even atop all the demand for a fourth season, HBO has not made any announcements about the same. It will eventually come around, though, so it’s a waiting game. While waiting, you could always relive the glory that was season 3 – starting with the trailer for it here. Stream the series on Prime Video.