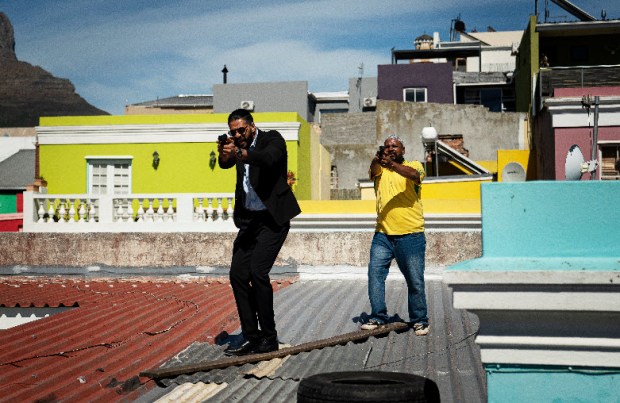 ‘Trackers’ is an attempt of Cinemax to include more action-oriented, pulpy, and straight-to-series dramas in its repertoire. It is the network’s international co-production with South Africa’s M-Net and Germany’s ZDF. Based on the eponymous 2011-published novel by Deon Meyer, the series was the best-performing title for M-Net in 2019. Now that its first season has ended in the US, read on to get some detailed insights about its potential next outing.

‘Trackers’ season 1 premiered on June 5, 2020, on Cinemax, at 10 pm ET/PT. It consisted of six episodes and ended its run on July 10, 2020. Prior to its US release, the show dropped on M-Net in South Africa on October 27, 2019. Len Amato, President, HBO Films, Miniseries, and Cinemax, expressed his enthusiasm of the show landing on Cinemax, saying: “Cinemax is delighted to partner with M-Net and ZDF in bringing Deon Meyer’s unforgettable characters and storytelling — all so richly rooted in the people and spectacular geography of South Africa — to screens around the world.”

Since the show opened to great responses both in its home country and abroad, we are highly optimistic that it will get renewed for one more season at least. Whenever that happens, we can expect ‘Trackers’ season 2 to premiere sometime in 2021.

Trackers Season 2 Cast: Who Can be in it?

Rolanda Marais stars as Milla Strachan, a forty-something woman who finally gets the courage to ditch her husband and son, following several years of abuse. Milla is new to the job market, which has evolved, and struggles to make a living. Having no option, she joins a government agency as a low-level analyst. James Gracie plays Lemmer, an ex-member of the Special Forces, who used to serve as a bodyguard in the ministry. However, when Lemmer loses his job due to a failed intelligence operation, he lives in the small town of Loxton and repairs old houses. He also tries to control his anger issues.

Sandi Schultz stars as Janina Mentz, the director of the Presidential Bureau of Intelligence. Janina is devoted to protecting the interests of South African citizens. She was one of the active members in her country’s liberation struggle and is strictly against corruption or people who threaten the nation’s freedom. Thapelo Mokoena plays Quinn Makebe, the COO of the PBI, who has his eyes set on Janina’s seat. Janina is highly doubtful of Quinn’s true intentions. Trix Vivier stars as Flea van Jaarsveld, an expert wildlife tracker with a sketchy history.

Rounding up the lead cast is Ed Stoppard as Lukas Becker (a mysterious man who is apparently a CIA agent), Tamer Burjaq as Tahir, Deon Lotz as Diederik Brand, and Sisanda Henna as Inkunzi Shabangu. Season 2 is expected to see most of the lead stars making a comeback.

Trackers Season 2 Plot: What Can it be About?

‘Trackers’ is a magnetic, action-packed thriller that interweaves three stories. When Lemmer sets off on a mission to rescue two endangered Black Rhinos, he is attacked and one of his crew members is killed. This causes him to embark on a quest to find the killer. On the other hand, Milla Strachan, a low-level professional at the Presidential Bureau of Intelligence, becomes embroiled in an international conspiracy that may force her to commit treason.

She meets Lukas Becker and gets involved in a dangerous sexual tryst with the mysterious man. These individual storylines then come together to create an explosive plot that spans the whole of South Africa while colliding in Cape Town. As the episodes progress, we see the unraveling of a violent conspiracy that involves “organized crime, smuggled diamonds, state security, Black Rhinos, the CIA, and an international terrorist plot” — as surmised by Cinemax. Season 2 can take up the story from season 1’s finale or it can follow a different storyline — taken from the many novels of Deon Meyer — which are thematically similar in exploring the current social issues in South Africa.