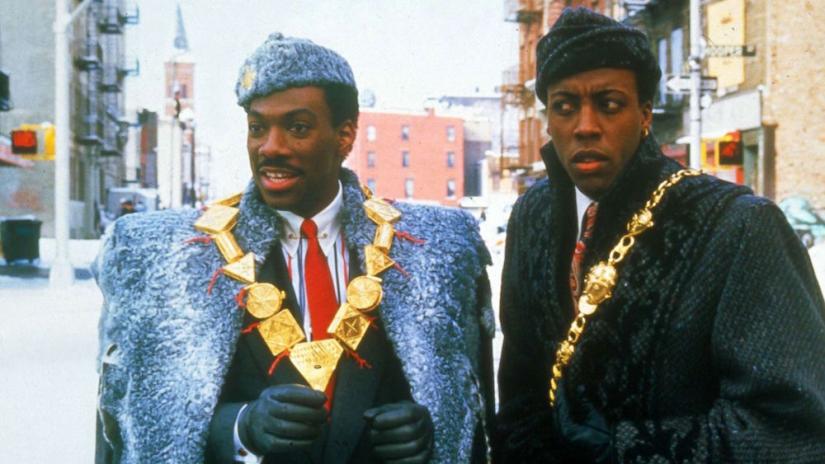 Tracy Morgan is joining the cast of Paramount’s ‘Coming 2 America’, which is the sequel to the popular 1988 comedy, ‘Coming to America’. He is one of the new cast members in the movie alongside Rick Ross, Wesley Snipes, Kiki Layne, and Leslie Jones. The returning cast members include Eddie Murphy, Arsenio Hall, James Earl Jones, Paul Bates, and Shari Headley.

‘Coming 2 America’ is being helmed by Craig Brewer of ‘Hustle & Flow’ fame. The script comes from Kenya Barris. Murphy, Kevin Misher and Barris are on board as the producers. The film is slated to release on December 18, 2020, and production will start later this month. The Hollywood Reporter first broke the news.

For those unaware, the original film sees Murphy in the role of Prince Akeem, a spoiled prince from the fictional African nation of Zamunda. Akeem arrives in Queens in an undercover manner and ends up getting a job at a McDonald’s knockoff while trying to find a wife. While fleeing his arranged marriage, Akeem is accompanied by his best friend Semmi (Arsenio). James Earl Jones appears as Akeem’s father. The film was a massive hit, making almost $300 million at the worldwide box office.

The sequel, ‘Coming 2 America’, will follow Prince Akeem once again. This time, he is about to become the king of Zamunda. However, he discovers that he has a son back in America that he did not know about. The boy is named Lavelle, a street-savvy native of Queens. In order to honor the dying wish of the previous king that his grandson must be groomed as the crown prince, Akeem sets off for America once again, accompanied by Semmi. Lesley Jones is set to play the part of Lavelle’s mother, who had a one night stand with Akeem. Tracy Morgan joins as Reem, a hustler, who happens to be the brother to Jones’ character.

Notably, Tracy Morgan has won Emmy nominations for many of his works, including ’30 Rock’ and ‘Saturday Night Live’. Presently, he stars in the TBS comedy titled ‘The Last O.G.‘. The show currently wrapped up its second season. The comedian was seen last month hosting the 2019 ESPY Awards. As for Morgan’s upcoming projects, he is slated to lend his voice to ‘Scoob’, the upcoming animated Scooby-Doo movie from Warner Bros. The film will see the teenage gang including Fred, Daphne, Velma, and Shaggy, along with their talking Great Dane, Scooby-Doo, team up with characters in the Hanna-Barbera universe to save the world from Dick Dastardly. Zac Efron, Will Forte, Gina Rodriguez, and Amanda Seyfried are lending their voices to the members of the gang. Tracy Morgan is also slated to lend his voice to ‘Green Eggs and Ham‘, the all-star animated take on the classic Dr. Seuss book, which will air on Netflix.