Times of crisis can bring out the best or worst in humanity, and that’s exactly what the sequel of ‘Train to Busan’ portrays through its post-apocalyptic storyline. Now, just like the first two installments of the franchise, ‘Peninsula’ offers some thrilling grotesque zombie action. But along with that, the film also draws several parallels with the real world and delves into deeper themes surrounding family, sacrifice, guilt, class divides, and selfishness. So if you have watched the film or you’re just curious to know what it’s all about, here’s a detailed explanation of ‘Train To Busan 2.’

The Pandemic and Two Sides of Humanity

Set four years after the pandemic of its predecessor, ‘Peninsula’ initially reveals that the virus was created in a South Korean bio factory. The protagonist, Jung Seok, tries to flee Korea with his family by driving to a ship that will get them out of there. On their way, they encounter another family trapped in the middle of the road, desperately asking for help. Jung Seok does stop his car for a while but then reconsiders his decision to help them after he finds blood on the father in the family. And so, he takes the selfish choice of leaving them behind. This decision itself reflects on how Jung Seok, despite being a trained military professional, often gets lost in his selfish beliefs. In times of crisis, he puts his own safety above everyone else, and his top priority is to survive.

Moments after this, the pandemic breaks loose in the residential section of the ship, which Jung Seok and his family aboard. When Jung Seok’s nephew gets infected by the virus, his sister decides to stay back with the boy even after knowing that it’ll eventually kill her. As for Jung Seok, he again proves that he’ll do anything to survive, and instead of trying to save his sister, he rushes out of the train compartment and closes it. Yet again, the movie attempts to show how humanity is often divided into two sides during times of crisis. While some would rather die than leave their loved ones behind, there are others like Jung Seok who can’t help but escape from the face of adversity.

The State of Refugees

The next few moments of the film reflect on the state of refugees who managed to escape Korea in the nick of time, but even after surviving the pandemic, their lives aren’t all that great. The film’s representation of refugees also alludes to real life in some ways. Jung Seok and his brother-in-law, Chul-min, are among the few Korean survivors who have no family now and live in impoverished conditions. Korea is under quarantine, and the survivors only aspire to seek better lives outside their home country. A mafia harps on their desperation to earn more money by hiring them to bring him twenty million dollars stacked up at a truck on Omok Bridge. Although reluctant, Jung Seok agrees when Chul-min emotionally blackmails him. And thus, even after knowing that the pandemic in the Peninsula ruined their lives, they decide to go back just because it’s now a goldmine.

Things go south when Jung Seok and his team alert the zombies who are almost blind at night but are very sensitive to sound. In the heat of the moment, they even draw the attention of the few surviving humans who still live in the ghostlands of the Peninsula. A group of humans emerges out of the dark corners of the city. With the help of flares, they use the zombies as weapons and drive them towards Jung and his team. While everyone else dies, Jung Seok makes his survival a priority again and leaves Chul-min behind. He then escapes with the help of Jooni and his sister Yu-jin.

Things come in full circle when Jung Seok learns that the mother of the two siblings, Min Jung, was one of the people he refused to save in the beginning. Jung’s catharsis begins when he realizes that because of his negligence towards them, they are now in a zombie-infested nation. In the meantime, Chul-min gets abducted by Unit 631, a militant group that is led by the savage Sgt.Hwang. The film shows that although the militant group now rules the nation, deep inside, they all desperately want to leave. They only get limited supplies of food and to kill boredom, they even invent their version of a vicious reality show in which they force men into an arena and make them battle zombies for a limited period. If we compare the group dynamics of the militants with Min Jung’s family, it again brings us back to the two different faces of humanity—one is only driven by the self-interest of its people while the other has a fixed set of morals grounded in it. 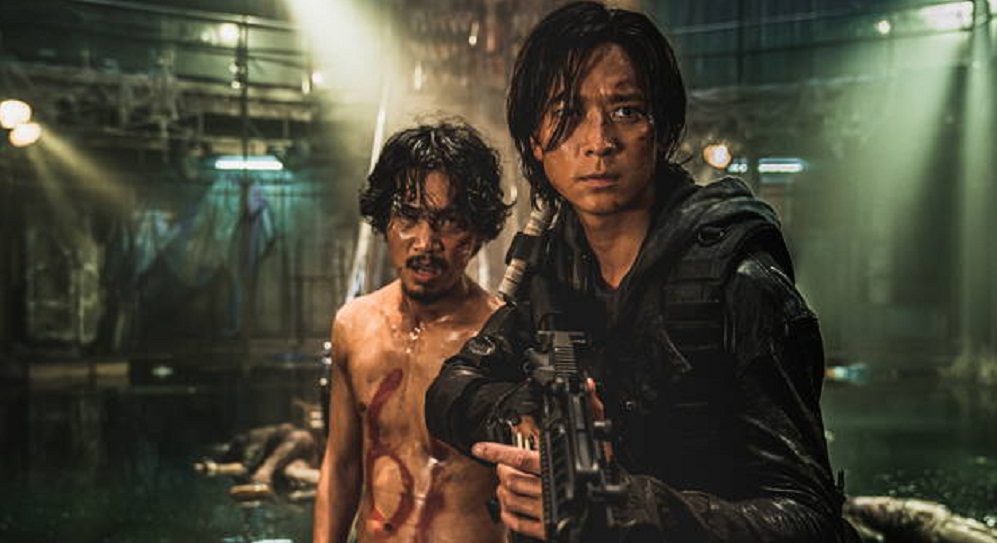 Towards the end of the movie, Jung Seok tries to rescue Chul-min from Unit 631, but Chul dies in the process. Min Jung, her family, and Jung then attempt to flee the Penisula in the money-loaded truck while the militants try to stop them. A thrilling Mad Max-esque car chase ensues where both the parties use the blindness of the zombies as an asset to attack each other. In the end, they fend themselves from 631, but Xiao, who is another militant desperate to leave Korea, rams Jooni’s car, takes him as a hostage, and then leaves with the truck. To his dismay, when Xiao arrives at the port with the money, he is shot dead.

In the closing moments of the film, rescue helicopters of the UN arrive to rescue Jung Seok and Chul-min’s family. Chul-min, who gets injured, gives Jung Seok the responsibility to look after her kids and puts her own life on the line to distract the zombies. When Jung Seok and the kids reach the UN helicopters, Jung faces the same choices again—he can either save Chul-min and make up for his previous wrongdoings or, like always, he can make his survival a top priority. After going through a significant catharsis throughout the runtime of the movie and realizing the real value family, Jung decides to go back to save Chul. By doing this, he also forgives himself for his past mistakes.

“The World I Knew Wasn’t Bad Either.” 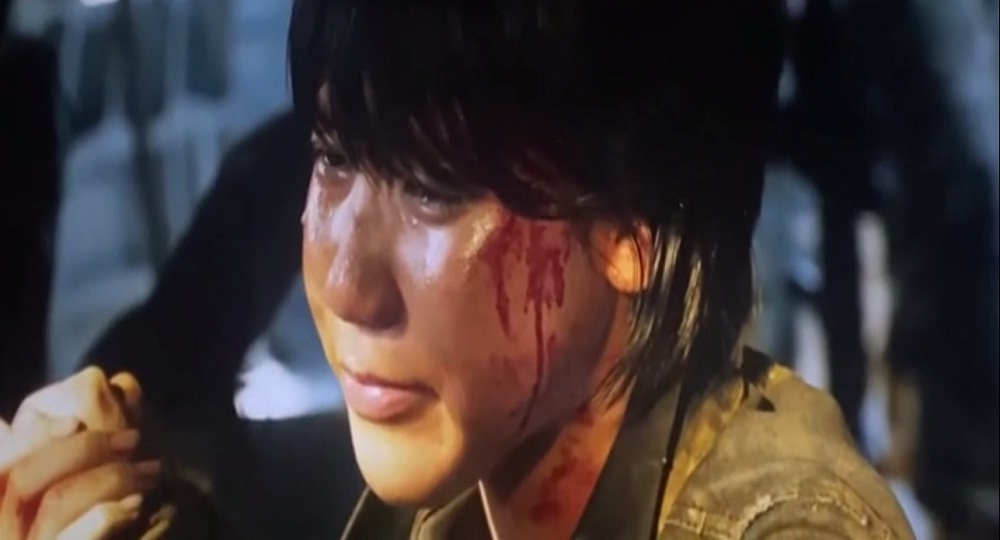 In the closing scene, the UN representative, who rescues them, tells the kids that a whole new life now awaits them. To this, Jooni replies, “The world I knew wasn’t bad either.” His response seems strange because he was living in a zombie-infested world that was ruled by evil militants. But if one thinks about it, what Jooni’s trying to say is that no matter how bad things got for them in Korea, they always had their family around them. This scene parallels with one of the opening scenes where Jung manages to escape Korea but feels miserable because he has no family. However, in the end, he, too, leaves the Peninsula with a whole new family.