Where Was The Traitor Filmed? 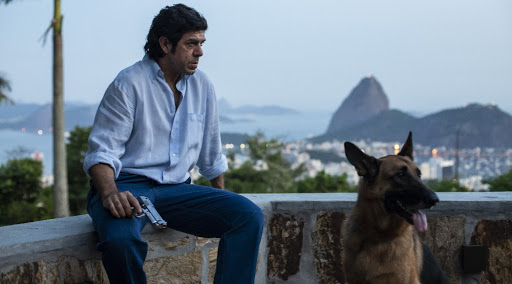 ‘The Traitor’ is a 2019 Italian true-crime movie that reminds one of Scorsese’s works due to its beautiful cinematography and picturesque portrayal of its period biography. The movie is titled ‘Il Traditore’ in Italian. It has been compared to Hollywood films like ‘Goodfellas,’ and it is easy to see why. ‘The Traitor’ also reminds one of another Scorsese movie, ‘The Departed.’

The movie revolves around the life of Tomasso Buscetta. Buscetta was a Sicilian Mafia boss. More interesting, however, is the fact that Buscetta became the first member of the Sicilian Mafia to become an informant. That is the reason it reminds one of ‘The Departed’ despite the different places and time periods that the movies are set in. The film is directed by Marco Bellocchio. Pierfrancesco Favino plays the role of Buscetta while Maria Fernanda Cândido, Fabrizio Ferracane and Fausto Russo Alesi are also integral members of the film’s cast.

As mentioned earlier, ‘The Traitor’ is a beautifully shot movie that makes it hard for viewers to take their eyes off the screen. Moreover, the film’s story is set in a host of different places, making the viewing experience more diverse. Hence, it is natural for viewers to wonder where the movie was filmed. Was it shot where the story’s action was set? Or was it largely filmed in a production facility where the locations were fabricated?

A large part of ‘The Traitor’ was filmed on location. That is the reason it manages to portray the locations of the story so authentically. To begin with, Buscetta was referred to as the boos of two worlds as he frequently traveled between Brazil and Italy. The cast and crew actually traveled to several places where Buscetta actually lived, in an attempt to faithfully reconstruct his life for the screen.

The movie begins in Rio de Janeiro, where Buscetta took refuge while escaping an imminent gang war. Have a look at the following Instagram posts shared by the movie’s cinematographer. They show behind-the-scenes images from the time of filming.

A post shared by Pierfrancesco Favino (@pierfrancescofavino) on May 3, 2019 at 2:51am PDT

‘The Traitor’ was filmed in multiple places in Italy, where Buscetta lived for a considerable part of his life. For instance, Palermo was used to depict scenes of Sicilian life from the ’80s. This is also where the Maxi trial was filmed.  The Maxi trial, which is considered to be the largest criminal trial the world has ever seen, actually took place in Palermo in a bunker hall in Ucciardone prison. If local sources are to be believed, filming was actually carried out in Ucciardone prison.

Furthermore, filming was also carried out at Falconara di Licata Castle. The production also traveled to places like Latina, Rome, and Bracciano.

Moving on, according to IMDb, the MMC Studios in North Rhine-Westphalia, Germany, was used for filming too. Apart from that, filming was also carried out in Miami, Cologne in Germany, and London.