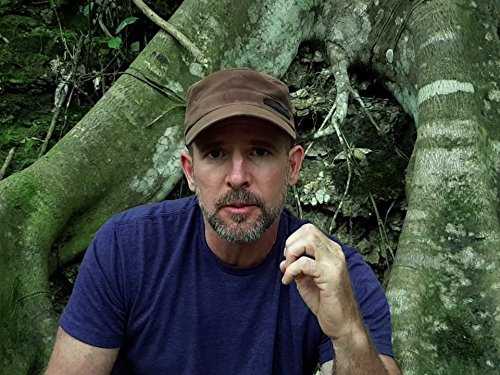 ‘Treasure Quest: Snake Island’ is an American reality television series that is produced by MAK Pictures and airs on the Discovery Channel. It is also available on Amazon Prime Video. As the name suggests, the show is about treasure hunting, and it follows treasure hunting teams who brave the wild to try and find legendary treasures.

A not-so-new show, Season 1 of ‘Treasure Quest: Snake Island’, consisting of six episodes, premiered on July 17, 2015, and did pretty well in terms of viewership. Subsequently, Discovery renewed the show for a seven-episode Season 2, which premiered a bit over a year later on November 4, 2016. Season 2 built on the success of Season 1, prompting Discovery to renew the show again. Subsequently, Season 3, consisting of eight episodes, premiered on August 25, 2018. Now, the question on everyone’s mind is whether the show will return with another season of treasure hunting. Here’s everything we know about it.

Treasure Quest: Snake Island Cast: Who is in it?

Being a treasure hunting show, ‘Treasure Quest: Snake Island’ follows a group of treasure hunters on their journey to find an ancient treasure worth a fortune. The show is executive produced by Joseph Boyle, Mark Kadin, Will Ehbrecht, and Anuj Majumdar, and Trevor Miller serves as its director.

The expedition leader is former combat photographer Cork Graham, who, at the age of 18, went on an expedition to search for Captain Kidd’s treasure off the coast of Vietnam. However, he was captured and imprisoned under charges of espionage. So, as you can understand, Cork is a man of some experience when it comes to treasure hunting and the perils associated with it.

Mehgan Heaney-Grier, an American champion freediver, is also part of the crew and serves as the expedition’s dive master. Having swum with sharks and photographed alligators in the natural habitat, Mehgan is no stranger to working in high-pressure situations, and her interest in the treasure lies in its historical significance, and not its monetary worth.

Jeremy Whalen, meanwhile, is also part of the crew, and is the crew’s ship mechanic. A man with a knack for building or fixing all things mechanical, Jeremy’s interest in the treasure is twofold – while he totally appreciates the historical value of the treasure they’re searching for, he’s also in it hoping for a big pay day.

Another important member of the expedition is herpetologist Bryan Fry. With 25 years of experience in dealing with deadly reptiles and having been bitten by snakes 26 times, Bryan is a man of considerable knowledge and expertise when it comes to dealing with snakes. Owing to the fact that large chunks of the treasure hunt takes place in areas crawling with deadly snakes, Bryan’s expertise is indispensable to the team, especially when their survival in the wild is concerned. Bryan’s motivation for joining the expedition is not so much about the treasure. Instead, he’s more keen on studying golden lancehead pit vipers up close.

Finally, the crew’s boat is captained by Keith Plaskett. A veteran sailor who has always dreamt of searching for sunken Spanish galleons off the coast of Brazil, Keith’s sailing skills are put to the test as he has to navigate treacherous waters and deal with the unexpected storms which form during the team’s journey to find the treasure. In Season 2, survival expert Brett Tutor and naturalist Emilio White joins Cork’s team.

In the third season of the show, however, the team changes as does the quest. In Season 3, a new team starts off the search for a new treasure called the Sacambaya Treasure, which is reportedly worth more than $2 billion. The team searching for the Sacambaya Treasure is led by veteran treasure hunter and former US Deep Wreck Diving Team member Shawn Cowles, who was a key member of the team that retrieved a $460 million fortune from the sunken Spanish galleon, Nuestra Señora de Atocha. Navigation specialist and demolitions and heavy equipment expert Jack Peters joins Cowles in Season 3, as does local guide Javier Cortes. Jack Whalen from the previous team also joins Cowles and co. in Season 3.

If ‘Treasure Quest: Snake Island’ returns for a fourth season, we expect all the crew members to return.

Read More in TV Preview: Lodge 49 |  The Devil Speaks | Too Stupid to Die

Treasure Quest: Snake Island Plot: What is it about?

Before we get into the show, a little history lesson is required. In 1524 AD, a hoard of Incan gold known as the “Treasure of the Trinity” was stolen, and its location has been a mystery ever since. In the nearly 500 years that have passed since then, hundreds, including Jesuit priests, privateers like Thomas Cavendish, and even mathematician Paul Thiry, have looked for the legendary treasure, fought, and died, but none could find it.

However, a new theory about the treasure’s location convinces Cork’s team that the treasure is attainable, and they set off towards South America to try and piece together the puzzle and recover the treasure, the worth of which could be in billions of dollars.

The team’s search for the legendary treasure first takes them to Snake Island off the southern coast of Brazil in Season 1. As the name suggests, Snake Island is not for the faint of heart and is home to thousands of deadly golden lancehead pit vipers with one such venomous snake found per square meter. But, the golden lancehead pit vipers are just one of the dangers facing the team, who also have to deal with black market snake poachers, rugged terrain, bullet ants, and treacherous waters swarming with sharks, dangerous jellyfish, and remorseless pirates.

After the team brave the dangers of Snake Island and get a centuries old map marking revealing more information about the location of the treasure, they travel to Paraguay and Argentina to continue their search in Season 2. The locations they search in the two countries pose even more of a challenge to the crew. Not only do they have to deal with venomous snakes such as the jararaca pit viper, they also have to brave other dangers like venomous spiders, man-eating jaguars, highway bandits, drug traffickers and the like. Even when they’re moving along rivers, the team is never free from danger with pirates and piranhas always abound. However, despite these dangers, the team makes progress in their search for the treasure – they manage to visit two sites in Paraguay before information from a black market dealer takes them to a third site connected to the treasure in Argentina, making for a nerve-wracking finale.

In Season 3, a new team led by Shawn Cowles starts looking for a new treasure called the Sacambaya Treasure, which is allegedly worth $2 billion. With the stakes at an all time high, Cowles and his team head into the Bolivian Andes, aided by local guide Javier Cortes. Things, of course, are not easy, and the team has to deal with adverse weather conditions, landslides, treacherous subterranean caverns, mountain lions, blood-sucking vampire bats, as well as Jesuit booby traps as they search for the legendary treasure. Although the team manages to zero in on what they believe is the final resting place of the treasure, things get complicated when Whalen injures himself in a fall. However, the team patch Whalen up and carry on, and as the season draws to a close, the team arrives at the place where they believe the Sacambaya Treasure lies.

If ‘Treasure Quest: Snake Island’ does get renewed for a fourth season, it could be a follow-up to Season 3 and the search for the Sacambaya Treasure or, it could be an entirely different, new treasure hunt. As of now, we don’t know what Discovery has planned.

Season 3 of ‘Treasure Quest: Snake Island’ started airing on August 25, 2018 and ran up to October 6, 2018. As far as the next season goes, we don’t have an official announcement yet. Though considering the popularity of the show, we would be surprised if it doesn’t get renewed. All the last three seasons came within one and a half years of each other, so our best guess is that if the show does get renewed, Season 4 of‘ Treasure Quest: Snake Island’ can release sometime in March 2020. We will update this section as soon as we hear more.

While we wait for news on the future of ‘Treasure Quest: Snake Island’, here is a clip from Season 3 of the show to give you a glimpse into the search for the Sacambaya Treasure.