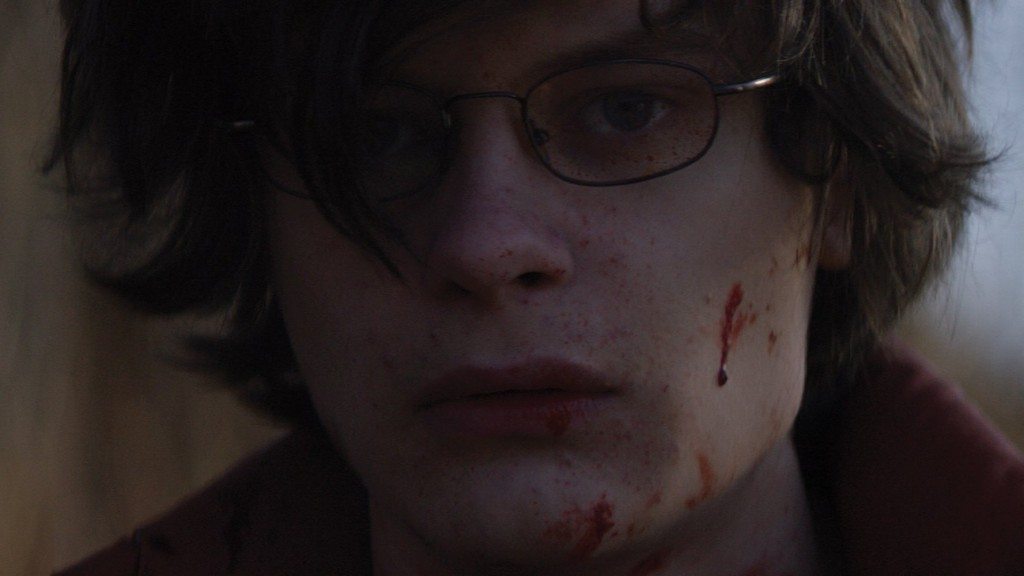 ‘Super Dark Times’ is an example of how a movie can take on familiar themes and story beats but still be an entirely immersive film. Director Kevin Phillips – making his feature film – has crafted a film about the loss of teenage innocence and the consequences and guilt, which may come with it.

Josh (Charlie Tahan) and Zach (Owen Campbell) are best friends; Campbell and Tahan have an easy chemistry playing off each other, which makes it believable these two have been friends for some time. Whether at school or not, the two seem inseparable. They aren’t much different from any other teenage boys. Adventure runs through their veins and they are starting to discover their affections for the opposite sex – including a shared interest in classmate Allison (Elizabeth Cappuccino).

One day, Josh and Zach are hanging out with Charlie (Sawyer Barth) and Daryl (Max Talisman), who they merely tolerate. While rummaging through Josh’s brother’s things (he is currently deployed), Daryl finds a stash of weed, which Josh insists that he should not touch and cannot smoke. Instead, Josh suggests they play with his brother’s samurai sword. Seemingly innocent but with just the right amount of adrenaline and danger, the boys take the sword out into a field and start slicing milk cartons.

Things turn from teenage fun to a nightmare in a split second, when someone is accidentally killed after an argument breaks out. The veracity of the situation is beyond what the boys are capable of comprehending and they quickly try to cover up the incident and get their stories straight. But things, as one may expect, don’t go according to plan. Phillps and writers, Ben Collins and Luke Piotrowski, steadily raise the tension as the film progresses, making for an unsettling watch as their situation continues to weigh on the young characters.

Nailing to atmosphere and mood of ‘Super Dark Times’ is the key to the film’s success because we’ve seen these tales of teenage mishaps and cover-ups plenty of times (worthy plug: seek out the film ‘Mean Creek’ from 2004). Here, we are swallowed whole by the film’s aesthetics, which manage to always fit the picture and wrap us up in the film’s world without ever being overbearing.

‘Super Dark Times’ reaches a rather predictable and over-the-top ending but the movie is such a strong calling card for Phillips, likely to make a lot of genre fans with his debut. Between the genuine tension and 90s-set nostalgia, B-movie fans are certain to have a bit of affection for ‘Super Dark Times.’

‘Super Dark Times’ premiered at the 2017 Tribeca Film Festival. The Orchard will release the film sometime in 2017.