Directed by Alastair Orr (‘House on Willow Street’), ‘Triggered’ is not a typical college thriller film. While its self-awareness and penchant for digressing into expositions do make it a leading candidate for the genre, its intentional subversion of certain classic tropes makes it a unique film that challenges its audience on multiple levels.

The intense and gripping film tells the story of a group of school friends who get together for the first time in years during a camping trip. Soon, someone from their shared past shows up with a plan for vengeance, and these young men and women realize if they want to survive, they have to work together. SPOILERS AHEAD!

Erin (Liesl Ahlers), Rian (Reine Swart), Shea (Suraya Rose Santos), Ezra (Steven John Ward), Kato (Russell Crous), PJ (Cameron Scott), Cici (Kayla Privett), Bobby (Michael Lawrence Potter), and Amber (Paige Bonnin) used to be friends in high school. They drifted apart after graduation, although most of them have somehow ended up dating within their circle of friends. Bobby contacts the rest of them and arranges a camping trip. However, their reunion is marred by a sense of loss that some of them still feel since the death of their friend, Caleb.

Later that night, they wake up to find timers and explosives strapped to their chests. Caleb’s father, Mr. Peterson (Sean Cameron Michael), appears and tells them that he holds them responsible for his son’s death, and this is his way of exacting revenge on them. It is revealed that once the timer hits zero, the person wearing it will explode. They can steal each other’s time. This game will continue until one of them is left. Peterson kills himself after that, forever erasing any knowledge that he may have had on the vests and explosives.

It takes them some time to realize the perilousness of their situation, and then, they start panicking. They find Bobby, chained and gagged at a distance from the camp. He has been missing for some time. It turns out that he helped Peterson lure his friends to the camp but had no idea that Peterson had plans to do something so brutal and vile. Bobby is the first one to die when his vest explodes. Soon enough, the friends realize that they have to fight each other to survive. Years of friendships become forgotten, and even relationships come apart. One by one, they start dying in each other’s hands. 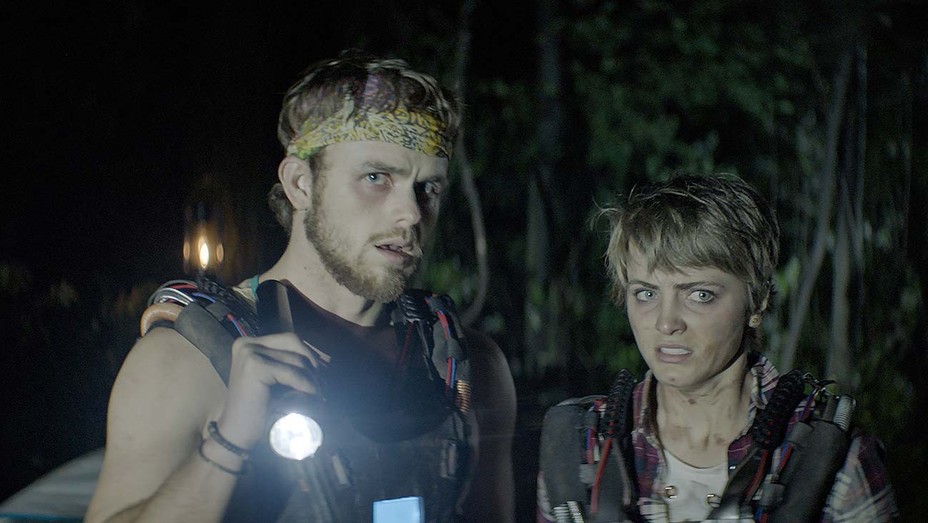 The film cleverly subverts all the expectations by killing the man who is supposed to be the main antagonist, Peterson. However, as it is later revealed, he is not the real enemy. This is not the type of movie in which the heroes set aside their differences and band together to defeat a common foe. In ‘Triggered,’ they are simultaneously the hero and villain of the story and have to kill each other if they want to survive the night.

What Happened to Caleb?

The group’s history with Caleb is showcased in bits and pieces. He was by far the best student among them, even better than Rian. Initially, most of them think that Caleb died of a heart condition. But then it comes out that someone put drugs in his drink that led to his overdosing. Initially, the suspect is Ezra, as it was his party where the incident transpired. Then the suspicion shifts to Kato, who has gone completely psychotic since the game began.

But even the most obvious answer, in this case, is not the correct one. Ultimately, as Rian tells Erin, she is the one who killed Caleb. As long as he was in the picture, Rian surmised, she would never get the things she wanted. However, she did not mean to kill him. Her plan was to drug him enough to remove him from the valedictorian contest. But she horribly misjudged the dosage and ended up killing him. 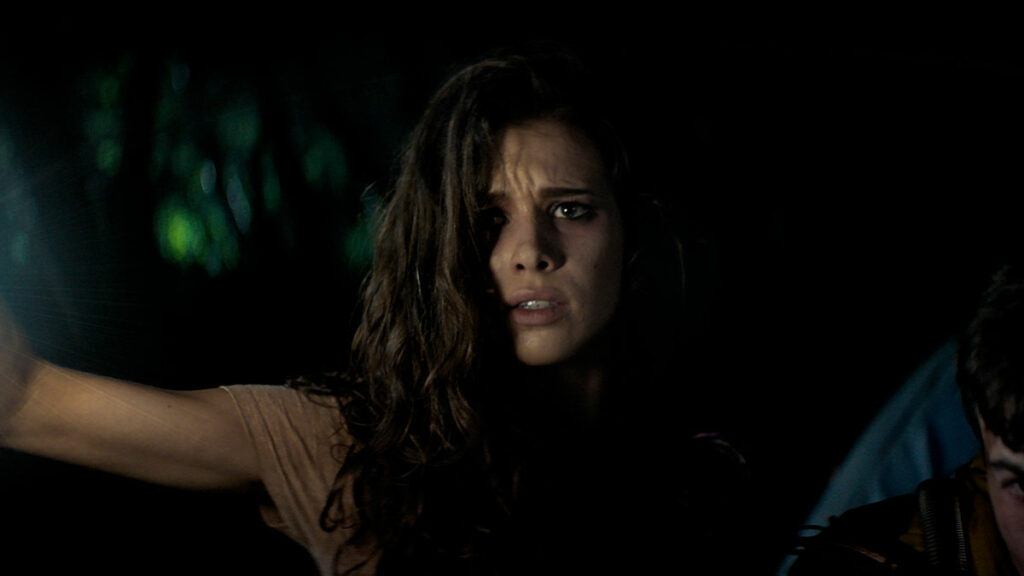 Peterson knew exactly the type of friendship that exists between the members of the group, and it became easier for him to prey on them. He exploited the distrust, envy, and inherent dislike they have for each other to push them to the brink of nothingness. Ultimately, the only person who survives the ordeal, is the one least responsible for Caleb’s death, Erin. Peterson actually apologizes for dragging her into this. She used to be Caleb’s girlfriend and one of the few people still affected by his death. 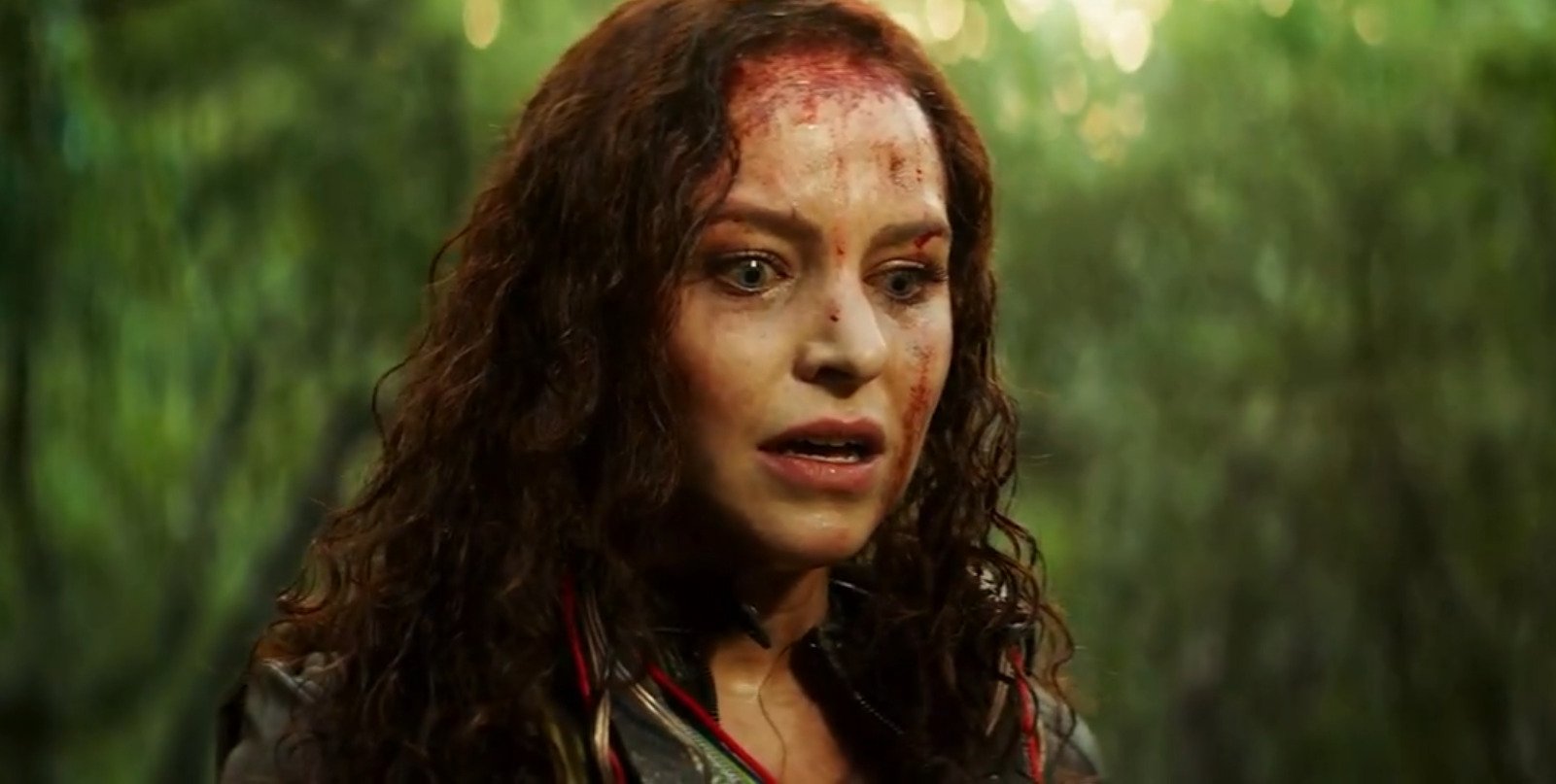 For most of the film, Erin remains a largely passive character, surviving because others are busy killing each other. When it turns out that she and Kato are the last two left alive, he comes for her. She was previously hoping that Rian would find a way to turn off the timer, but that didn’t happen, and she was killed by Kato. In such moments of profound hopelessness, Erin found a sense of control.

Despite all the provocation and taunting, she didn’t kill Kato outright but put a bullet in each of his knees, ensuring his fate. His time runs out, and he explodes, leaving her as the winner of the game. Later, she manages to get to the road and begs for help from a passer-by. Seeing the condition that she is in, the man decides to ride away. The film ends with Erin berating herself for being a coward.

In the final moments of this dark thriller, a twisted smile plays on Erin’s face as she looks down on the gun and then back at the retreating car. Clearly, the ordeal has changed her for good. The timid and soft-spoken girl from before is gone. The new Erin is assertive, dangerous, and possibly unhinged.