Elodie arrives in Portland to live with her father, step-mother and step-brother after the death of her mother in a car crash. She is socially awkward and suffers from a severe case of kleptomania. After she is caught stealing at a store, she is forced to join Shoplifters Anonymous where she discovers that her classmates, Tabitha and Moe, share the same problem. At the school, the three of them belong to different circles, but brought together by a common cause they form an unlikely friendship. Here is all you need to know about their story in the first season. 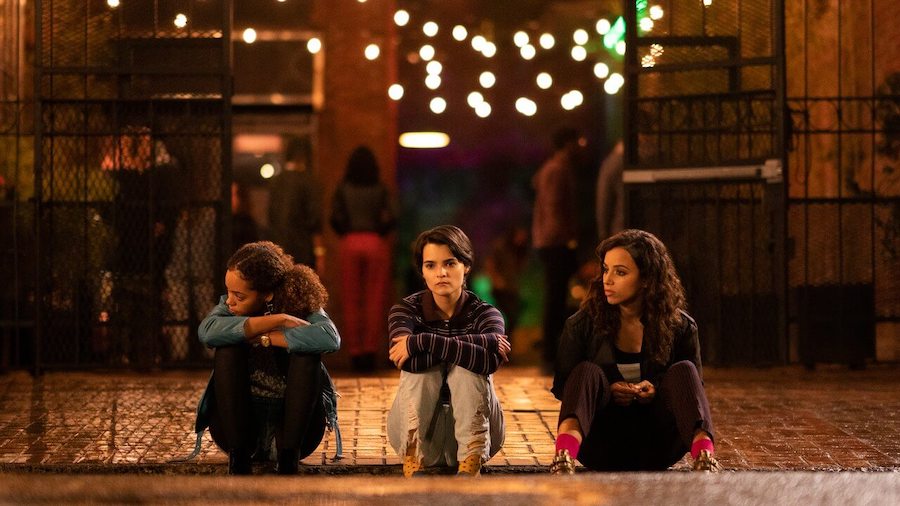 Elodie’s parents had separated when she was six. Her father moved away, and she lived with her mother, with whom she had developed a close relationship. A car accident claimed her mother’s life and left Elodie all alone to deal with a new world in Portland. Tabitha comes from a rich family and has a boyfriend named Brady. While they look like a star couple on the outside, their relationship is abusive. Elodie witnesses Brady mistreating Tabitha at a party, and it soon turns out that things are much worse between them. Despite this, Tabitha finds it difficult to call quits on their relationship. She shares Elodie’s love of stealing things, and to deal with this, her father had her go to SA.

Moe’s father is in prison and she lives with her mother, whom she loves very much. Unlike Elodie and Tabitha, she is not a kleptomaniac but finds it oddly therapeutic to go to SA meetings. She started going there, after she took the blame for one of her friends, who would have to do prison because he was above eighteen. Once Moe attended the meeting, she felt like she had to continue with it.

After their initial hesitance, the girls become good friends, which also starts to reflect on their personal lives. Elodie comes out as gay and starts to shed her socially awkward shell and starts meeting new people. She meets Sabine, a local singer, and develops a romantic relationship with her. Tabitha starts to realise that she can’t stay with Brady. She meets Luca, another SA attender, and starts liking him. Eventually, she breaks up with Brady. She also discovers that her father is having an affair, which makes things tense at home.

Moe is an academic star who has the opportunity to get into a STEM program in Korea. She is in a secret relationship with Noah, who is on the football team with Brady. He keeps prodding her to go public, but Moe is still not sure what their relationship means. She is also cautious of his relationship with his ex. 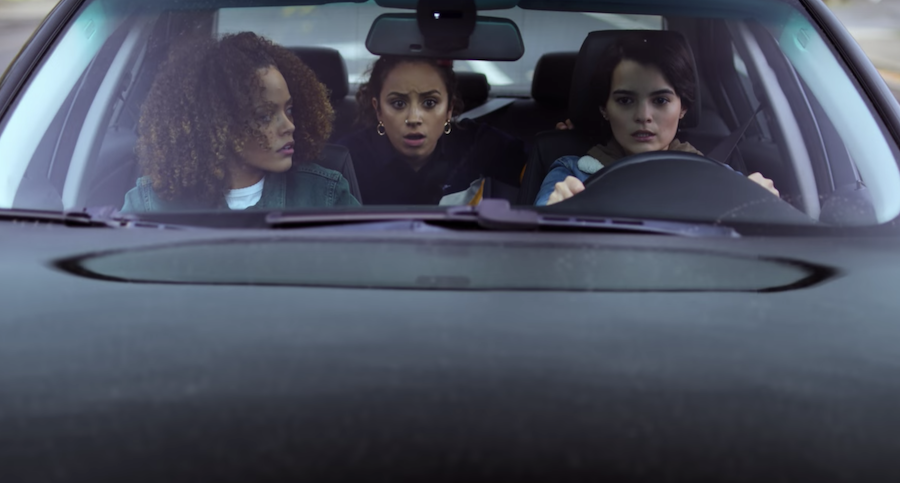 Things go really well for the girls as the time passes, but one grave mistake threatens to be their undoing. When Tabitha broke up with Brady, she thought she could have her new beginning. However, Brady was not ready to let go of her. He was angered by her rejection, and as retaliation, posted an intimate photo of her without her consent. This made Tabitha an object of ridicule at school. Angered by his actions, Moe and Elodie came up with a way to get back with him.

Before the break-up, Tabitha had left her grandfather’s watch in Brady’s car. On the day of a game, the girls broke into his gym locker and stole his car keys. They got Tabitha’s watch back and decided to take the car out for a spin. Moe and Tabitha took turns to drive the car, and on the way back, they gave the driver’s seat to Elodie. She didn’t want to drive, as she was still reeling from the car accident that claimed her mother, but she couldn’t explain it to her friends. Things got problematic when Elodie lost control and the car got scratched beyond what the girls could handle. After going back and forth about what to do with it, Tabitha suggested they drown it in a lake, and none would be the wiser. However, Elodie kept the keys as a keepsake. 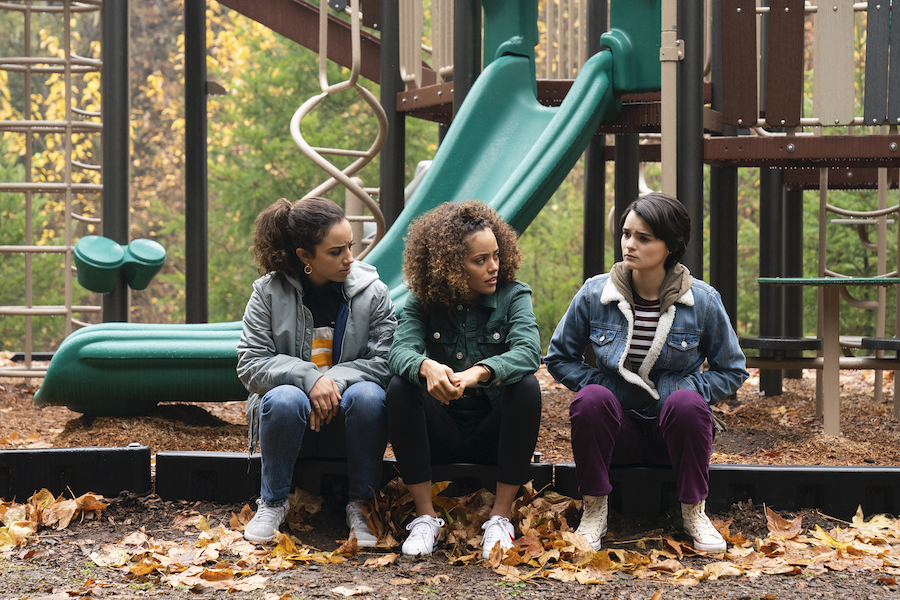 After failing to get Tabitha back with him, and seeing that she had moved on to someone else, Brady decides to take a different approach to get her back. He tells her that he knows she was the one to steal and destroy his car. He threatens to call the cops on her and whoever her accomplices were, or she can get back with him and he’ll let it go. Tabitha goes with the latter, which does not sit well with Moe and Elodie.

At home, Elodie’s stack of stolen things is discovered and her father decides to send her to some facility where she can get professional help. Moe punches Brady and gets suspended, due to which her STEM program falls through. Tabitha does away with Brady and goes back to Luca. She and Moe also help Elodie escape. Previously, Sabine had offered Elodie to come away with her. She was about to go on a nationwide tour and wanted Elodie to be with her all the way. Elodie, who had started to feel the ice thaw between her father and her step-family, didn’t know if that could be possible. She also couldn’t leave school and her friends. However, when he father threatens to send her away, she calls out to her friends for help, to run away from home. Before leaving, she also throws away Brady’s car keys.

While it looks like things have cooled down for the girls, even if a little bit, their real problems are only just beginning. After facing another rejection by Tabitha, Brady goes forward with his threat. He calls the cops. He has enough evidence against Tabitha to insinuate her in the theft. She was the only one who knew the combination to his locker, and also nothing else was stolen from it except his car keys. He also knows that Moe and Elodie were in on it. He has their common tattoos to link them together. He has enough to at least get the cops looking into, if not outright arresting, them.