Directed by John Hillcoat (‘The Proposition’), ‘Triple 9’ is an action crime drama film with an ensemble cast. Set in Atlanta, Georgia, it tells the story of a group of criminals who prepare for their last assignment for the Jewish-Russian mob, as the authorities desperately try to figure out who is responsible for the latest bank heist. Powered by the strong performances by every cast member, it offers a gritty look at crime and institutional violence. After the film’s release in 2016, it garnered rave reviews from the critics for its realistic – sometimes even brutal – depiction of city life. SPOILERS AHEAD.

Former Navy Seal Michael Atwood (Chiwetel Ejiofor), Russell Welch (Norman Reedus), and his brother Gabe Welch (Aaron Paul) steal a safety deposit box from a bank with the help of two corrupt police officers, Marcus Belmont (Anthony Mackie) and Franco Rodriguez (Clifton Collins Jr.). Atwood hands the box over to the Jewish-Russian mob. It contains evidence that can get the leader of the outfit out of the Gulag in Russia. Irina (Kate Winslet), the leader’s wife, doesn’t give Michael the promised payment.

Instead, she demands that Michael and his crew do one more job, which will require them to get into a building owned by Homeland Security and steal more information about her husband. The clean break that Michael seeks from Irina’s organization is made harder by the fact that he has a son with her sister Elena (Gal Gadot). Noticing how reluctant Michael seems about the second job, Irina and her husband decide to send a strong message to him by kidnapping Russell. The mobsters torture Russell and leave him nearly-dead for Michael and the rest of the crew to find.

Unfortunately, Michael is forced to put his friend out of misery right in front of his brother. The crew realizes that they have to do this if they don’t want to follow Russell to the grave. Franco and Marcus propose that they should divert the police’s attention by killing an officer, which will force the authorities to issue a Triple 9 order. Marcus picks his new partner, Chris Allen (Casey Affleck), as their target. Chris is the nephew of Jeffrey Allen (Woody Harrelson), the detective who is handling the robbery case. He keeps reminding Chris that his primary job is to get home safe every evening. 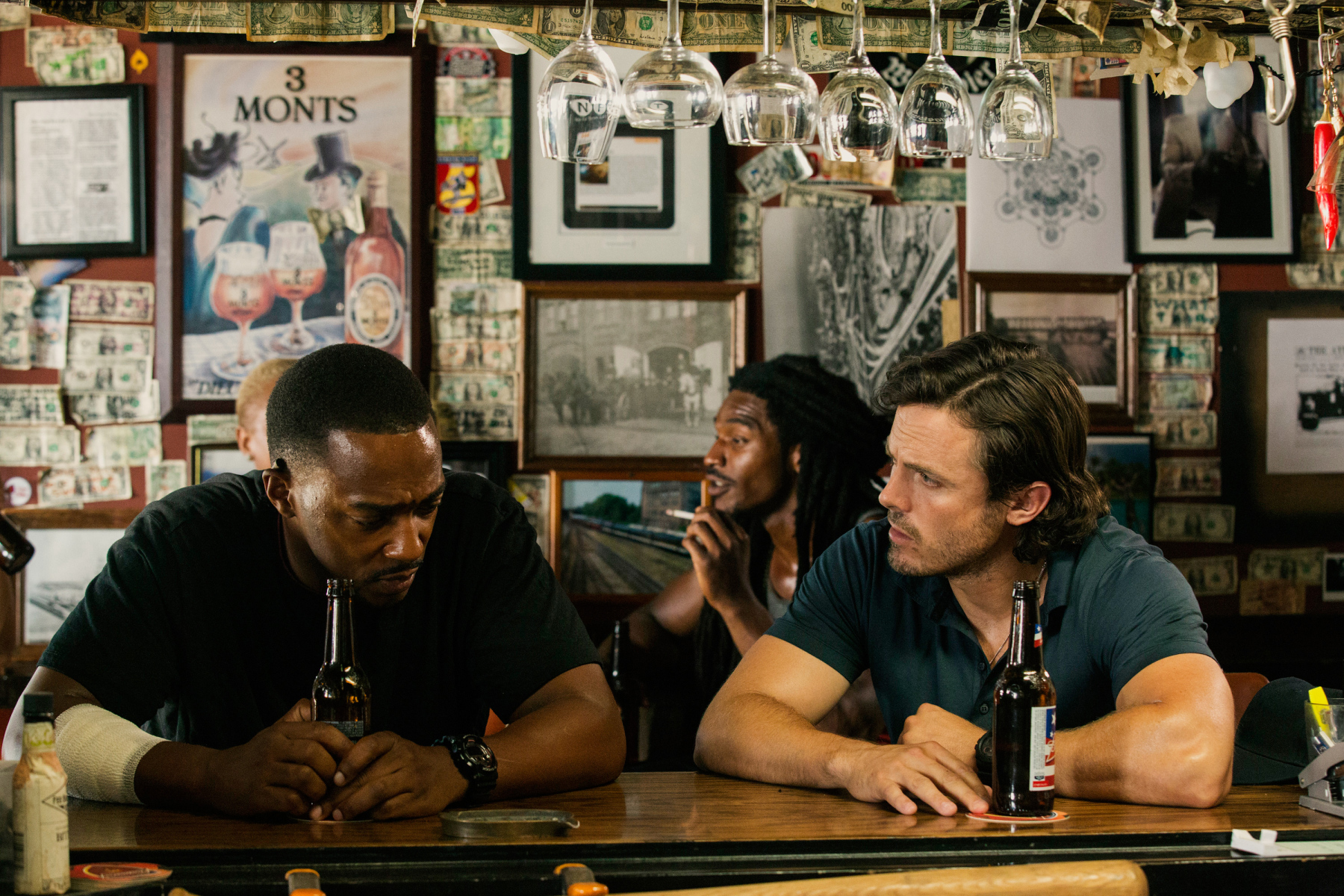 As the day of the heist rapidly approaches, Gabe’s behavior becomes more erratic. Driven by an acute sense of guilt, he tries to tell Chris about the plans against him but is intercepted by Marcus and Franco, who beat him up. Irina tightens the noose around Michael’s neck by sending his son to Tel Aviv and warning him to behave if he wants to see his son again. On the day of the operation, Marcus and Chris go to a ramshackle building apparently to speak to one of Marcus’ informants.

In reality, he has orchestrated for Chris to get shot by Luis Pinto (Luis Da Silva), a local criminal who was arrested by Chris earlier and has since harbored a grudge against him. Fortunately for Chris, Gabe shows up there, hoping to tell him all about the plan. But Pinto arrives right at that moment and tries to shoot Chris, but hits Gabe. As he lies dying, Marcus arrives, and both of them are killed in the ensuing shootout. Ironically, with his own death, Marcus triggers the 999 situation, prompting Michael and Franco to initiate their part of the operation.

The Heist and the Aftermath 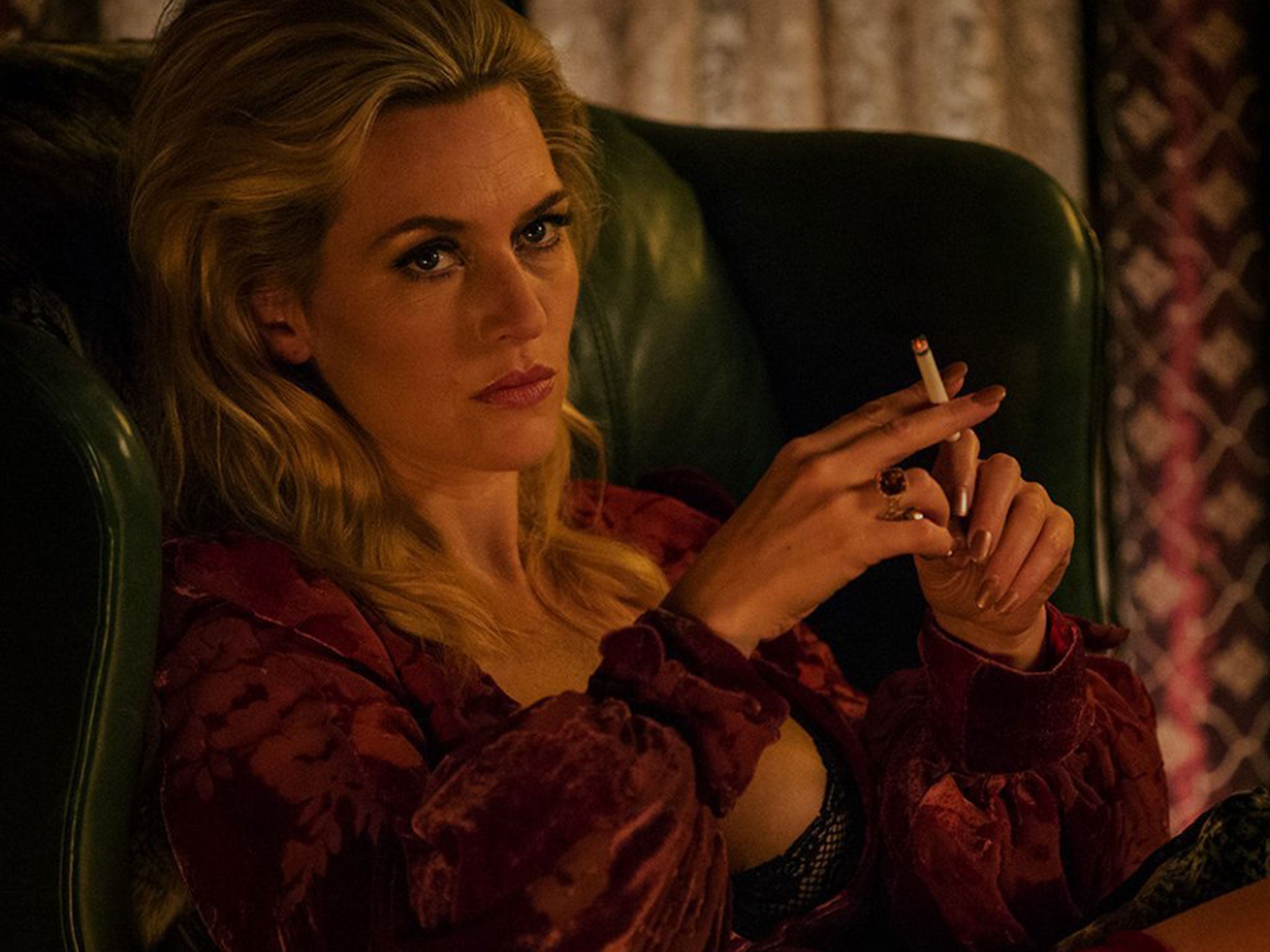 When Allen finds out that his nephew has been involved in a shootout, he rushes to the spot, ignoring a robbery report. When he learns that was done by the same group he is after, it is already too late. Michael and Franco once more prove that they are an effective team. They execute their plan flawlessly and manage to escape with the files largely unharmed. When Michael meets Irina, he asks her to let him see his son. It is revealed that she had once more lied to Michael.

Irina gives him the money and tells him to walk out of her sister and nephew’s life. Before she leaves, she takes the gift that he bought for his son. Michael had put some of the explosive material that he and Franco were using during the heist inside the gift package. It explodes as Irina and her two bodyguards are driving away, killing all three of them. Content that he has finally managed to get revenge for Russell, Michael leaves the blast site in his own car.

However, his happiness is short-lived. Franco kills him in his efforts to ensure that nothing can be traced back to him and takes the money. The police had already come to know about Gabe and Michael’s involvement in the first heist, making them both liabilities for Franco. While the situation involving Gabe took care of itself, Franco knew that he had to take care of Michael himself.

Shootout at the Parking Lot

As he tells Michael, Franco even kills Dave’s girlfriend, fearing that she can provide incriminating testimony against him. Chris learns that Marcus planned to have him killed. Both he and Allen realize that the unknown fourth robber is still out there, and he is a police officer. Angry and frustrated by Marcus’ betrayal, Chris visits him at the hospital; not long after him, Franco arrives there, likely to kill Marcus and finish covering his tracks.

Seeing Chris there, he makes an excuse that he needs a statement from him. As they leave for the police station together, Chris receives a call from Allen and learns that Franco is the fourth member. Chris’s sudden readiness indicates to Franco that he has found out the truth about him. So, he goes back to his car on his own. Inside, he finds Allen sitting in the backseat.

Throughout the film, Allen has shown to be fiercely protective of his sister’s son. Both Franco and Allen shoot at each other. While the former dies instantly, the latter’s fate is left uncertain as another 999 call goes out and the film ends. Considering Chris is already there to tend to his wound and dispatch is on its way, Allen just might survive this ordeal.