Comedy is a genre that is often blended with elements from other genres. Comedy in movies goes back as early as the creation of the art form itself. Even some of the greatest filmmakers of cinema’s early days are remembered for their comedy films, some of which remain relevant to this day. Since then, there have been various types of comedies which entertained us, one among them being the 1970s invention, “stoner comedy“. These films derive their humour from the use of psychotropics, mainly cannabis, either directly or indirectly.

However, one should keep in mind that stoner films are not necessarily comedies. They can also be movies which use a lot of psychedelic lighting and surrealism to reach their desired intentions of giving the audience a trippy experience. Drug use has always had its effects on culture. When we look at the Beat generation poets and writers’ works, we clearly get a picture of how the use of drugs affected their world-view. Even the hippie movement propagated the use of drugs to expand our consciousness, a phenomenon which probably occurred due to the youth’s disenchantment with government and society during the Vietnam War. With all that said, here’s the list of really good stoner movies on Amazon Prime that are available to stream right now. 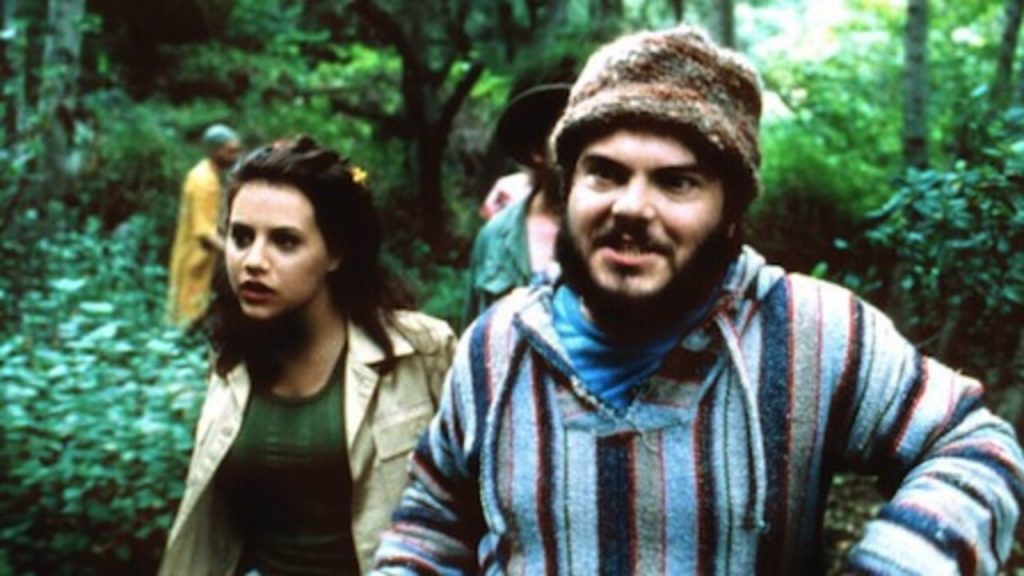 This Richard Sears directorial is a black comedy film about a group of stoners and the several misadventures they get involved in. The central characters of the film are a stoner called David and a problematic girl named Serena. Usually a slacker, David decides to sort his life out after meeting Serena and puts his time into developing his artwork. However, after a quarrel between them, Serena mistakenly burns David’s house down and moves away to New York with a musician who turns out to be a full-blown heroin addict. After many mistakes and misdemeanors, David and Serena get to meet at a later stage in their lives. But David has already found someone else by then. ‘Bongwater’ relies more on the performances of its talented cast than the vigour in its plot. The film lacks a strong narrative and the characters aren’t that well-developed either. 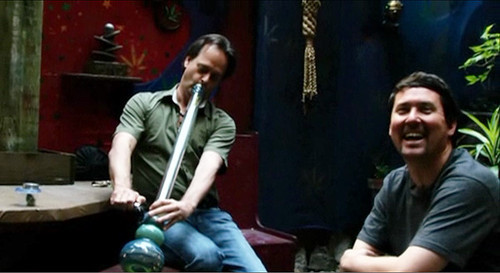 If we look around, we can easily find numerous documentaries that have been made on drugs and their effects on society. However, your experience of watching stoner documentaries remains incomplete unless you’ve laid your eyes on ‘Super High Me’. Directed by Michael Blieden, the film chronicles two months in the life of comedian Doug Benson. In the first month, he completely abstains from marijuana use, and in the second month, he makes it a point to smoke pot or have weed-laced food every single day. The subject of the experiment being a comedian himself, there are naturally humorous moments in ‘Super High Me’. However, the film does not limit itself to that, and also features interviews of medical practitioners and politicians who support the legalization of cannabis for medical use. 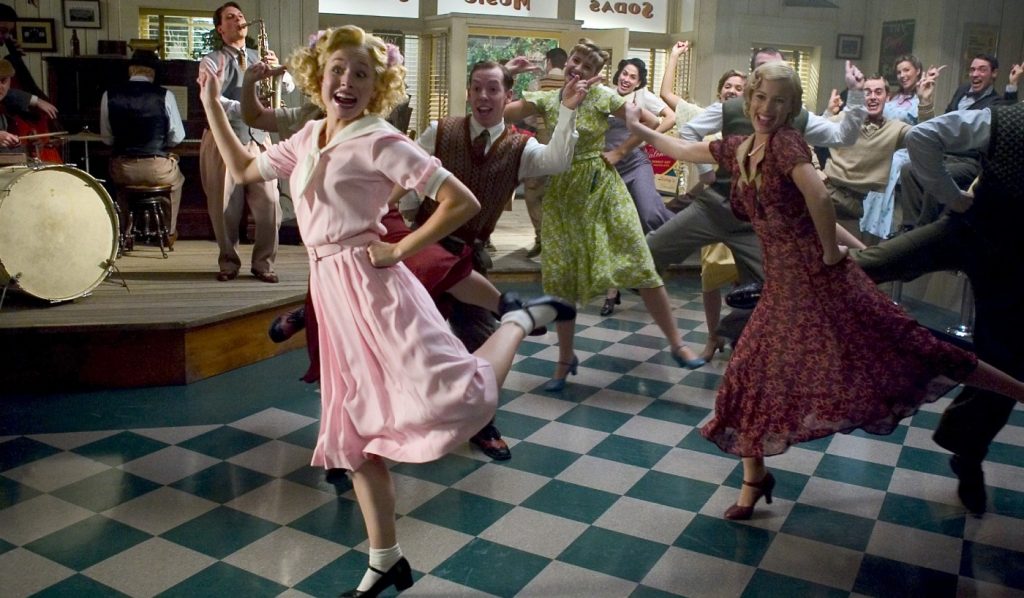 Before talking about this movie, it is important to shed some light on its historical context. ‘Reefer Madness’ is originally a 1936 propaganda film which preaches against the use of cannabis. The film shows the harmful effects of cannabis on younger people. The absurdity of this film is what is being mocked in this 2005 musical. The story centres around a couple of middle-American teenagers, Jimmy Harper and Mary Lane, whose lives have been ruined by coming in contact with a secret chamber in their town called the Reefer Den. This is the place where the nefarious youngsters of the town gather to smoke up. When Jimmy is coaxed into smoking his first joint, his life spirals down and he becomes a complete addict. The film makes fun of the age-old concepts about marijuana use through exaggeration and also makes us reflect on how politicians tend to exploit our fears for their own benefit. 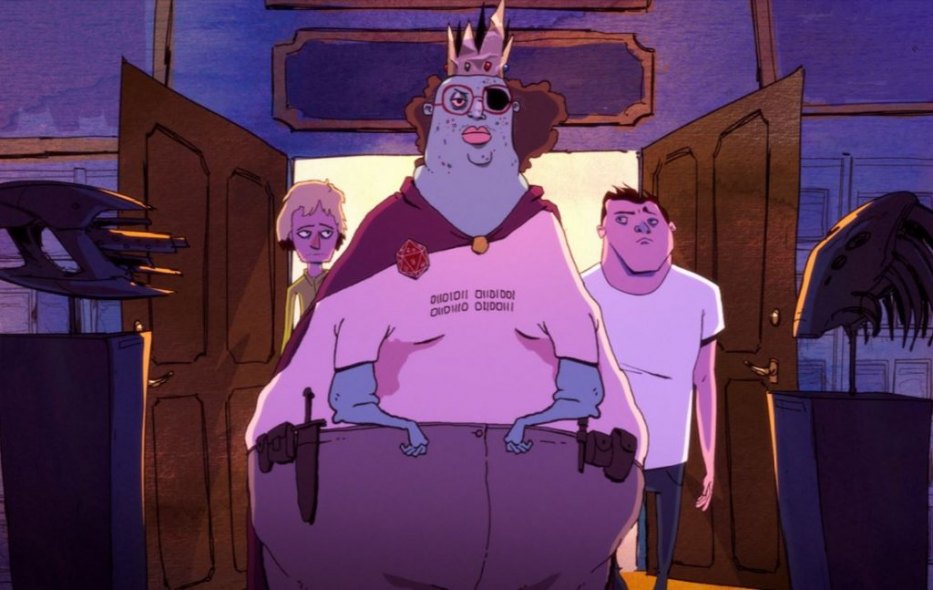 This animated adult-comedy is a film about two slackers, Elliot and John, one an aspiring screenwriter and the other an actor, respectively. After failing to get the attention they think that they deserve, Elliot and John decide to get famous within 24 hours in whatever way possible. Their journey towards fame becomes a comedy of errors until they decide that infamy will also work for them. Elliot and John then purchase some chloroform to murder their old neighbour, only to realize that they’ve already gotten famous in some other way. ‘Nerdland’ creates the comedic situations quite well, but fails to create a single strong scene throughout the film. However, it must be admitted that the movie paints a unique picture of Los Angeles as a city crowded mostly by failures. 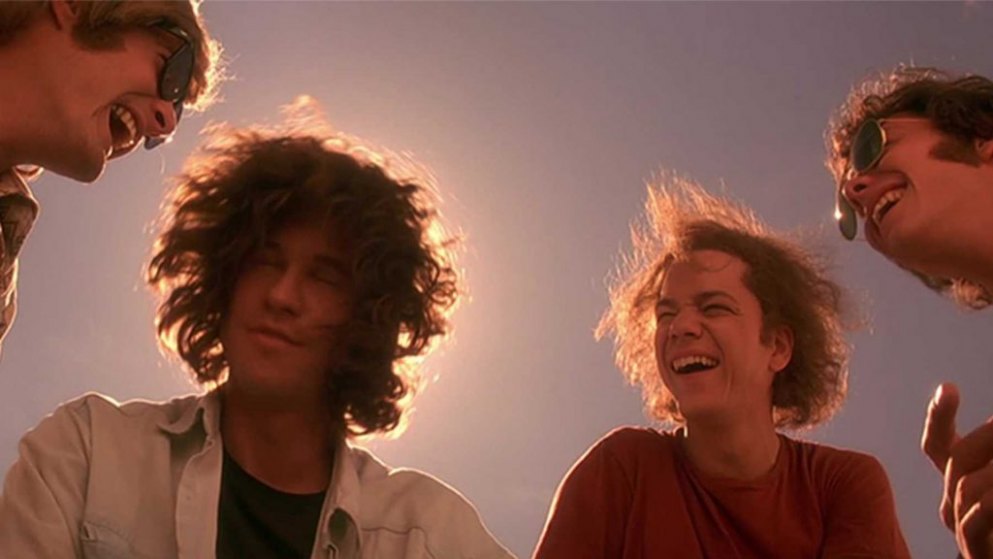 Oliver Stone’s 1991 film ‘The Doors’ is centred around the rise and fall of the eponymous music band and its charismatic lead singer Jim Morrison. When the film begins, we see Morrison loitering around aimlessly at Venice Beach, California, where he meets his girlfriend Pamela Courson and another person who would change the course of his life forever- his bandmate Ray Manzarek. They form a band soon enough, become the talk of the town in LA. The film then follows their journey to the heights of the band’s popularity till Morrison’s death in Paris in 1971. Despite being about the band, the film’s main focus is on Morrison’s drug-fuelled hedonistic life where we see him trying everything ranging from marijuana and alcohol to hallucinogenics like LSD and peyote, and so on. Val Kilmer looks perfect in the role of Morrison and even managed to sound like Morrison when he performed the songs himself. This brilliant film captures the essence of the 1960s’ hippie culture perfectly where drugs were looked at as a means of escape from this materialistic world. 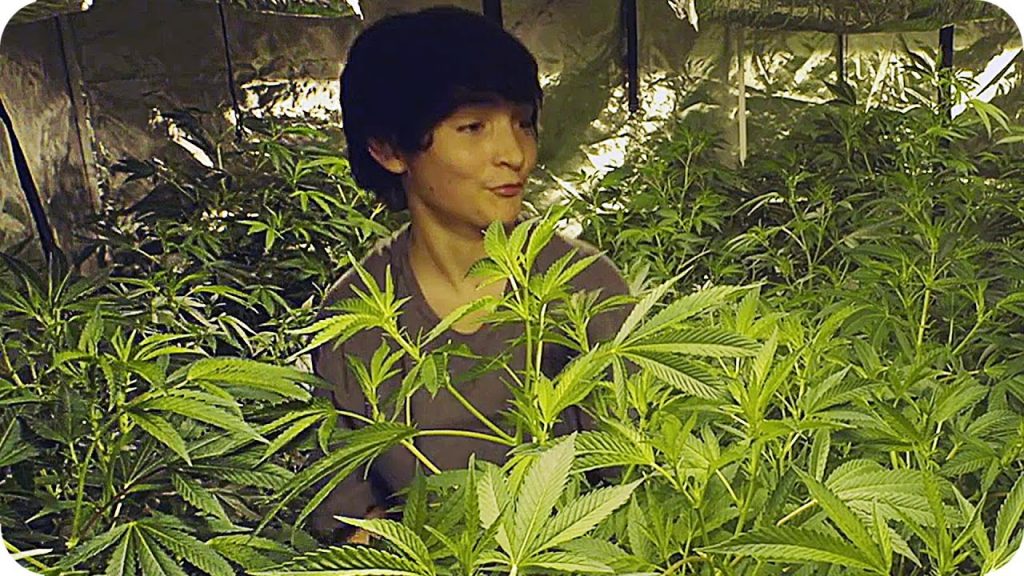 Written and directed by Ryon Baxter, ‘Green is Gold’ is the story of two brothers whose lives get complicated owing to the fact that one of them has a rather dangerous business to sustain. Baxter himself plays the leading character, Cameron, who has to take care of his 13-year-old Mason brother after their father gets arrested and eventually imprisoned. However, Cameron is a marijuana dealer who grows the plant in his home. His business keeps Cameron busy and he is unable to look after his brother. It is only when Mason himself gets interested in learning the tricks of proper marijuana cultivation that the brothers begin to bond once again. 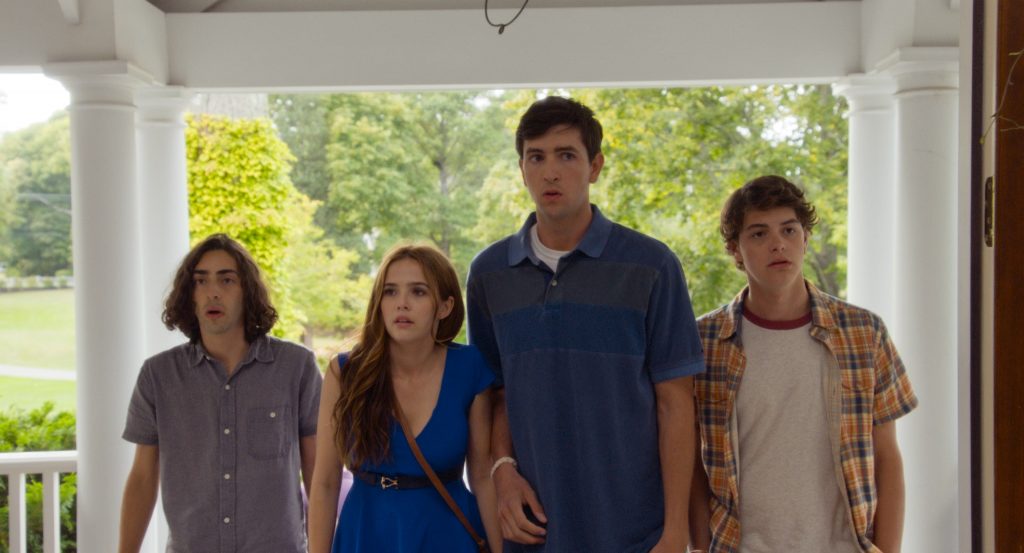 ‘Good Kids’ is about those classmates of yours who have never been punished for late submissions; whose parents have never been summoned to the school owing to misbehaviour of their wards; and who have never done anything really ‘fun’ in their lives. The four central characters of the story fall exactly in this bracket. Nora, Andy, Lion, and Spice have been friends since childhood. They have never stepped out of line and don’t even know what’s it like to attend a party without the supervision of their parents. But life does play weird tricks on us at times. When the four friends are invited to a party, they make it a point to tick every box on the checklist of wrongdoings one can conjure up. However, their complete lack of experience in this regard gives the four friends some really tough times.