Is ‘Troop Zero’ Based on a True Story? 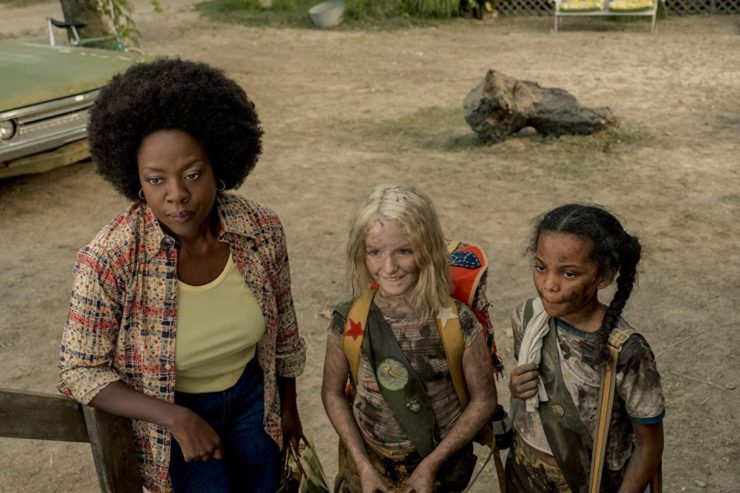 ‘Troop Zero’ is an American comedy-drama that is bound to pull at your heartstrings and make you remember how wonderful it was to be a child. However, this nostalgic trip is not just about the joys of childhood, but also about all the awkwardness that comes at that age.

The aesthetics are definitely a tip of the hat to ‘Moonrise Kingdom‘, while the narrative ensures that the movie’s representational politics are in the right place. Directed by Bert & Bertie, ‘Troop Zero’ has been written by Lucy Alibar, who is also known for ‘Beasts of the Southern Wild’.

Marked with a feel-good sense, ‘Troop Zero’ is a tale of courage as well as the determination to be heard and acknowledged. Naturally, you might be wondering if this moving film is based on a true story, and we have got you covered in that regard.

What is ‘Troop Zero’ About?

‘Troop Zero’ is a heartfelt tale about a marginalized group of kids, with Christmas at the center. Set in 1977 Georgia, we see how the 9-year-old Christmas Flint wishes to reach out to unknown beings who might dwell in outer space. Fascinated by what lies beyond, she finds her destiny calling when NASA plans on recording everyday people as part of the record they want to send on the Voyager spacecraft.

The plan is that the space agency will select Georgia’s participants at the annual Jamboree of Birdie Scouts. When the mean girls in her locality are bent on not letting Christmas be a part of the group, she decides to take matters into her own hands and form an underdog team that aims for the stars.

Is ‘Troop Zero’ Based on a True Story?

No, ‘Troop Zero’ is itself not based on a true story. The film happens to be inspired by Alibar’s 2010 play, “Christmas and Jubilee Behold The Meteor Shower”. Alibar spoke about how she remains true to her roots in theater, but how the film experience makes it all real.

That being said, ‘Troop Zero’ is inspired by real historical events. The entire crux of the movie hinges on Christmas and her group being part of the record NASA sends. By Alibar’s own admission, she was most moved by the Voyager Golden Record, when she came up with the story.

The writer commented, “It was an incredible idea of making ourselves permanent, leaving a record, knowing one day we’ll all be gone and what is worth remembering. That gives me goosebumps just saying it out loud. And then I started thinking more about and reading more about everything that was gathered for this Golden Record and how much had to be left off just to save time.”

In reality, the Voyager Golden Records are two phonograph records sent on the Voyager spacecraft in 1977. The records are an amalgamation of sounds and images, intended to portray the cultures and diversity of the earth. Naturally, the intention is that if any extraterrestrial and intelligent life form comes across these, they will get an idea of what earth is like.

Carl Sagan, who was heavily involved in the process, spoke about how it was a sign of humanity’s hope. Among some of the content on these records are musical compositions from Bach, Mozart, Beethoven, Guang Pinghu, and controversially Chuck Berry, among others. There are also recordings of Ann Druyan’s (who worked on ‘Cosmos‘ with Sagan) brainwaves, as she thought about the earth’s history, the problems of various civilizations, and what it feels like to fall in love.

Thus, the records are a representation of humanity as a whole, and Alibar speaks about the voices that were left out of this. She said, “… it’s about who makes the history books and who doesn’t. Whose story is told and whose story is not told? And with the Golden Record, I kept thinking, who didn’t make that record? What didn’t make that record? And why not? Because that impulse to be permanent, that desire to leave something behind, that’s so deep for all of us.”

Thus, ‘Troop Zero’ sees a ragtag group, whose members have all been told by society at that time that their voices do not matter. This is what makes the politics of the film so powerful when the kids say, “I’m here!”. Although they do not make the record, showing that privilege might win over hard work and determination, they call out to the stars with a different intention. They seek acknowledgment of their inherent worth and uniqueness.

Notably, the group’s title, and hence the film’s name, arise because the ragtag members have to choose the number zero as all other numbers were taken.

Thus, from the writer’s own words, it is evident that ‘Troop Zero’ might not be based on a true story, but is inspired and informed by events that happened in history. It is a reexamination of our past, putting society under a microscope, to tell the story of voices that might have been excluded by history.